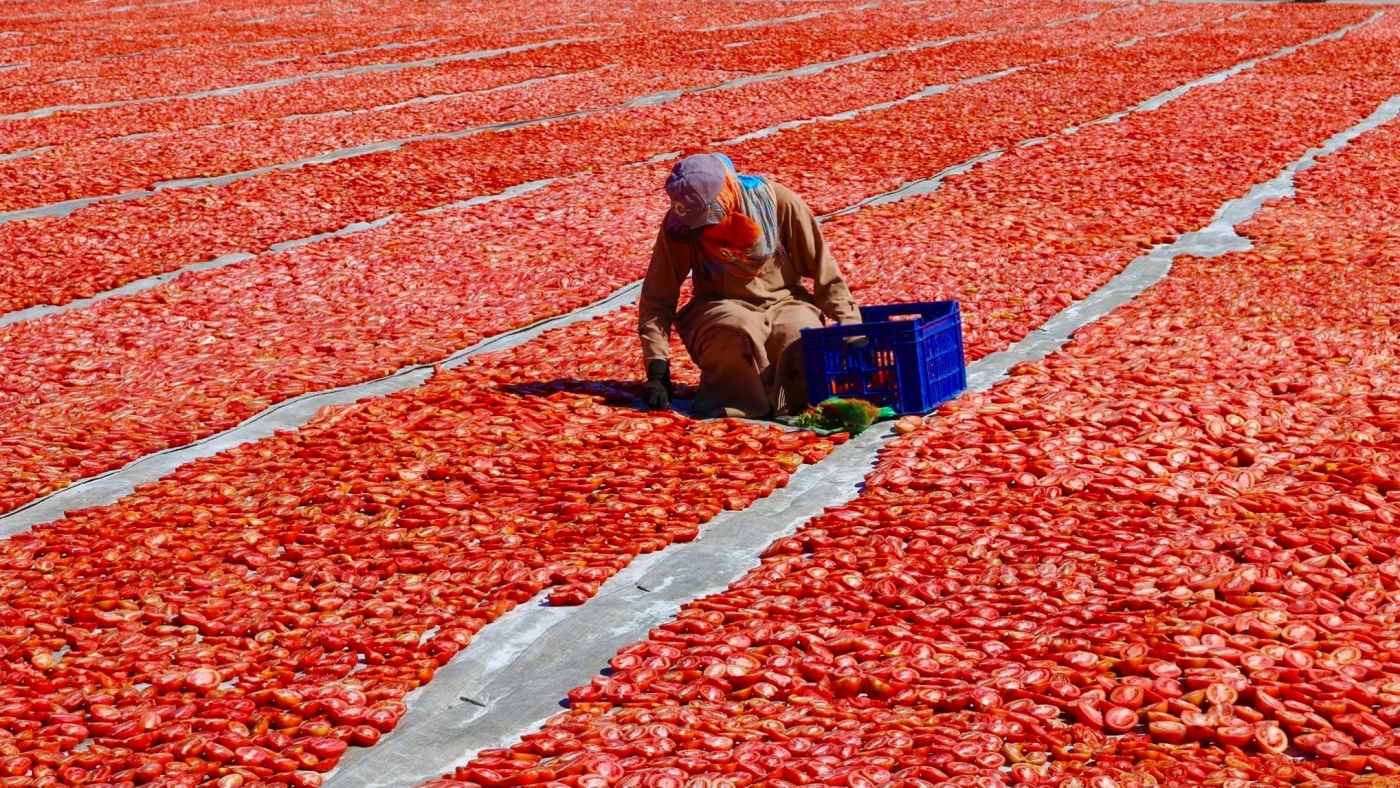 Egypt’s tomato industry is fraught with risks for farmers, with a pressing concern for many the portion of the crop that's likely to go to waste.

Nevertheless, tomato growers such as Ahmed Thabet have found a way to compensate for past losses and ensure that they are less likely in the future.

When harvest time comes, Thabet takes the tomatoes he has grown on his farm in the ancient city of Luxor to a nearby field, where they can dry under the sun.

There, the tomatoes lie for a week or two before they are sufficiently dry enough to be packed and exported to foreign markets, where demand is growing for the sun-dried variety, according to Egyptian officials.

"Drying the crops and selling them for export is very lucrative for farmers," Thabet told MEE. "I don't need to worry about selling the produce in the local market."

Egypt is one of the world's top tomato producers, ranking fifth globally, but it exports less than one percent of its crop every year.

Even a majority of what remains in Egypt does not find its way to dinner tables, with around 50 percent of what is grown wasted annually, according to the UN’s Food and Agricultural Organisation.

'Drying the crops and selling them for export is very lucrative for farmers. I don't need to worry about selling the produce in the local market'

Farmers say that the scale of the waste is a result of the marriage between over-ambitious agricultural planning and the lack of infrastructure to process what is produced.

“Agricultural planners have been focusing on expanding space that is cultivated with vegetables for a long time now,” Sayed Khalifa, the head of the Farmers Union, the independent guild of the nation's farmers, told MEE.

"This has led to increased overall production, including of tomatoes."

Ordinarily, tomatoes not sold for consumption would be used to produce derivative products, such as tomato puree, which can then be further processed into other food products. However, Egyptian farmers have a lack of infrastructure to make sure that’s possible on the scale needed to avoid mass waste.

Between three and four percent of national tomato produce is processed in this way and, according to Khalifa, the sector “badly needs to expand” to extract maximum value out of the crop.

The lack of options beyond selling the fruit pre-processed and the pressure to sell before the produce rots means farmers are often forced to sell at below-market price.

Not all products derived from tomatoes need significant investment in equipment and training, however, as farmers like Thabet are demonstrating by producing sun-dried tomatoes.

The method is a ray of light for the farmers, as it means they no longer have to worry about tomatoes going bad if they are not immediately sold, and also because the end product itself is more lucrative for the farmers.

A kilogram of dried tomatoes sells for around $2.20, whereas fresh tomatoes sell for 30 cents a kilogram at market prices - and that does not include the cost associated with wastage.

The city, some 650km from Cairo, produces a third of Egypt’s tomato crop of eight million tonnes.

Mahmud Abdel Radi, a Ministry of Agriculture official responsible for overseeing tomato sun-drying projects in Luxor, described these projects as a "treasure trove" for farmers and others who live in the city.

"They are opening vast opportunities for farmers and the residents," Abdel Radi told MEE.

Thabet first got into sun-drying after learning about a Ministry of Agriculture pilot project producing sun-dried tomatoes in Luxor.

Since then, he has gone from selling the tomatoes in the local market to earmarking all the produce made on his five-acre farm for sun-drying. It takes 10kg of tomatoes to end up with a kilogram of dried tomatoes.

"This saves me the worry about finding customers for my tomatoes," Thabet said.

Purchasers place their orders before the fruit has even ripened and rates are competitive enough for farmers to cover their labour and other production expenses. Earnings can amount to four times what a farmer can earn producing fresh tomatoes only.

That is why many others in Luxor are entering the tomato sun-drying business alongside Thabet.

Tomato drying racks are spread out across the ancient city, particularly in its southern and western parts. Visitors will notice thousands of square metres of farming land covered in tomatoes - sliced in two so as to more efficiently soak up the sun’s rays.

"Tomato sun-drying is becoming a fashionable activity in Luxor," Nubi Abul Louz, the head of the Farmers' Association in Luxor, told MEE.

“Almost 70 percent of the farmers of the city are involved in the sun-drying business now."

A testament to just how widespread the trend has become is the fact that when it comes to production, Egypt is now second only to Italy, the world leader in producing sun-dried tomatoes.

The coronavirus pandemic has brought many industries across the globe to a standstill, but Egypt’s agricultural industry has been one of the handful that has benefited.

Disruption to international supply chains has given Egyptian exporters a chance to enter some markets for the first time.

"Agricultural exports helped the economy keep afloat during the coronavirus outbreak, while all other sources of income stopped," said Gamal Seyam, a professor of agricultural economics at Cairo University.

Luxor’s tomato growers and those who are now employed by the burgeoning sun-drying sector hope demand will continue to grow even when things return to normal.

The industry is creating employment opportunities for hundreds of Luxor’s residents, particular women, according to Ali Hozayen, the head of the Ministry of Agriculture's Office for Comprehensive Development Projects.

Hozayen's office trains women in the process of drying tomatoes.

The office has also provided farmers with equipment, including drying racks, and gives them advice on best practices. It also helps connect local producers with importers in other countries.

"These efforts are bringing in income for all of Luxor’s residents, not just the farmers," Hozayen told MEE.

For Thabet and his colleagues, the impact has been transformative.

"We hope that demand for sun-dried tomatoes will keep growing in other countries," he said.

"This demand is changing the lives of a large number of people here." 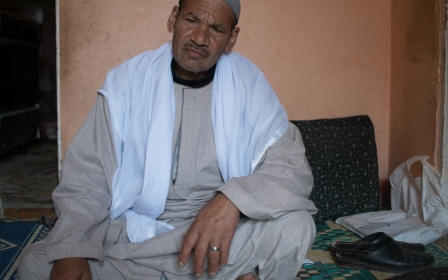 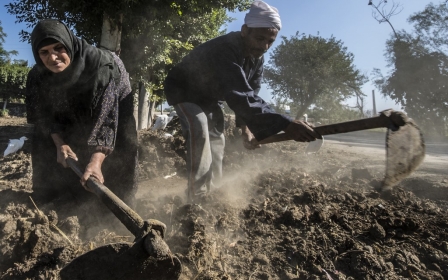 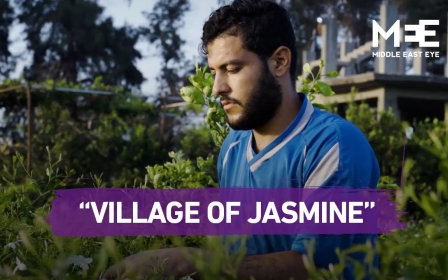 Covid-19
Coronavirus impacts farmers in the Egyptian 'Village of Jasmine'