TIME 100: These are the influential Middle East figures who made the 2021 list 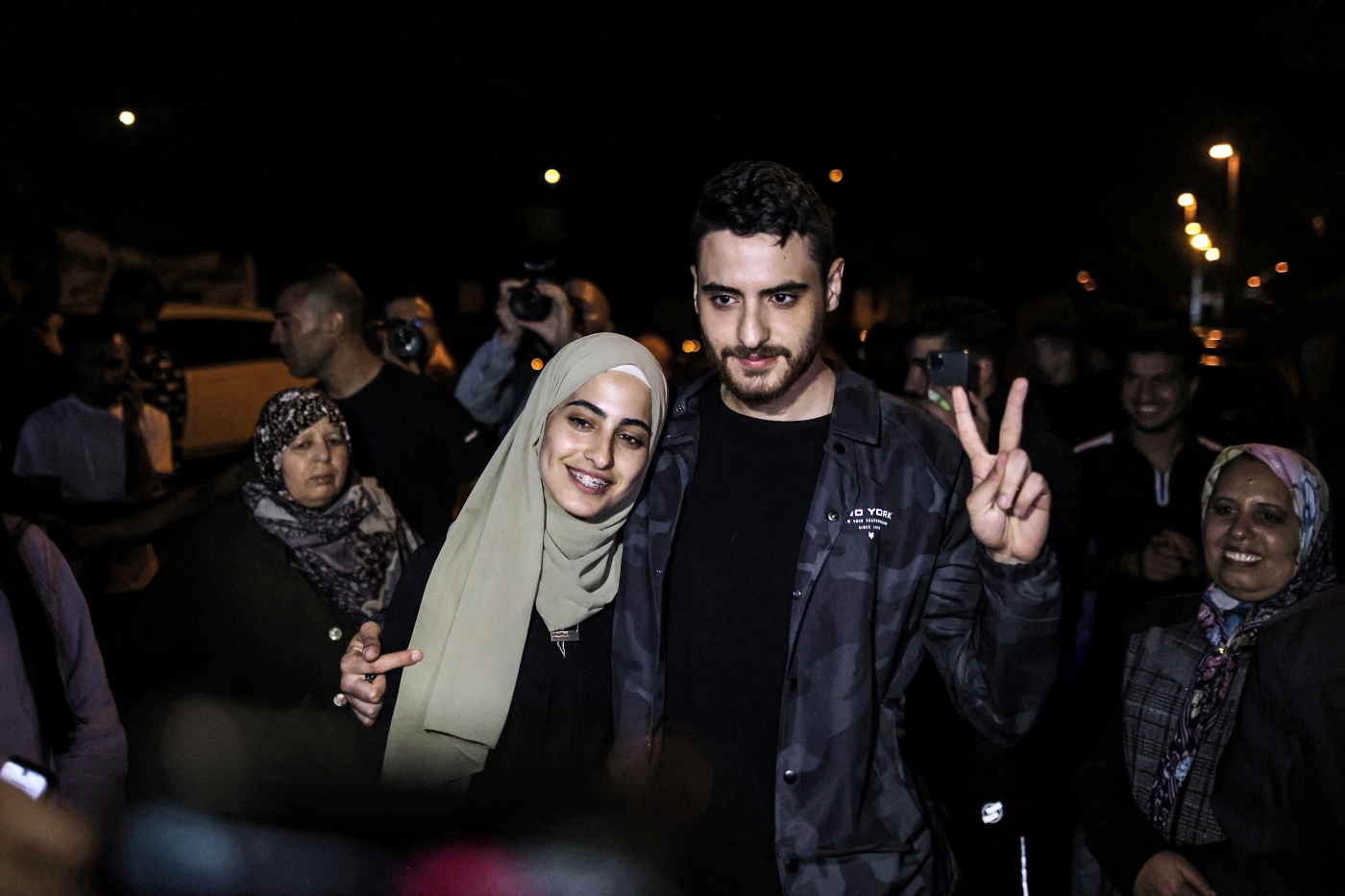 TIME magazine has released its 2021 list of the world’s most influential people.

The annual list, which has been compiled since 1999, was published on Wednesday and featured figures across six categories: icons, pioneers, titans, artists, leaders and innovators. Among those recognised this year were tennis star Naomi Osaka, singer Billie Eilish, and tycoon Elon Musk.

Here are the figures from the MENA who were acknowledged this year:

Included in the “icons” category of the list, alongside the likes of Prince Harry, Meghan Markle and Russian opposition figure Alexei Navalny, are 23-year-old Palestinian twin activists Mohammed and Muna el-Kurd.

The siblings rose to worldwide fame earlier this year, as the threat of imminent displacement from their home in the Sheikh Jarrah neighbourhood of occupied East Jerusalem became the catalyst for widespread protests and a subsequent brutal crackdown by Israeli authorities.

In June, both were briefly arrested by Israeli authorities after Israeli forces stormed their house. They were released following hours of questioning.

Reacting to inclusion on TIME’s list, Mohammed said that it was a positive step, but that “the creation of symbols - which reduces the struggle of a whole people to a single face - is not enough for the advocacy of the Palestinian people”.

“What we are demanding is tangible, radical change in the media system (including TIME) to end its Zionist biases, as well as pushing to be bolder in its discussion of liberation movements and Palestinian resistance in all of its forms.”

Earlier this week, The Nation appointed Mohammed as its dedicated Palestine correspondent, noting that “for too long Palestinian voices have been silenced”.

The 58-year-old has spent much of the past decade behind bars as a result of her campaigning, and in 2019 was sentenced to a total of 38 years in prison. She was charged with spreading information against the state, insulting Iran’s supreme leader and spying.

Sotoudeh has represented opposition and women's rights activists, including a number of women charged for removing their hijabs in a public protest against Iran’s mandatory Islamic dress code for women. In 2012, she was awarded the European Union's Sakharov Prize for Freedom of Thought.

The campaigner's entry in TIME’s list was written by Shirin Ebadi, a fellow Iranian activist and lawyer who won the 2003 Nobel Peace Prize for her efforts campaigning for democracy and human rights.

“When my friends and I founded the Society for Protecting the Rights of the Child in 1994, I invited Nasrin to collaborate. She defended juveniles under the age of 18 who had been sentenced to death, and in many cases was able to prevent their executions,” Ebadi said.

“As she strives to promote human rights and human values, Nasrin Sotoudeh inspires others to follow in her footsteps.”

Among the list was Naftali Bennett, who became the Israeli prime minister in June following 12 years of premiership by Benjamin Netanyahu.

Bennett is a hawkish right-wing politician who opposes the creation of an independent Palestinian state and has vowed to expand illegal settlement in the Occupied West Bank.

In 2013, he famously said “I’ve killed lots of Arabs in my life and there’s no problem with it” and “the Palestinians are like a [bomb] fragment in the bum”.

Notably, his profile on the TIME list was written by a Palestinian citizen of Israel, Mansour Abbas, leader of the United Arab List party, which forms part of Bennett’s “unnatural” coalition.

“Naftali Bennett threw himself into a political firestorm in order to forge previously unimaginable ties between Israel’s left and right, Arabs and Jews, religious and secular,” Abbas wrote in TIME.

“He formed one of the most diverse governments in Israel’s history.”

Another divisive and hardline new ruler from the Middle East included in this year’s list was Iran’s Ebrahim Raisi.

The newly elected Iranian president is a conservative cleric and former head of the judiciary who is close to Iran’s supreme leader. His victory puts power firmly back in the hands of staunch opponents of social reform and reviving ties with the West, following eight years of reformist President Hassan Rouhani.

Raisi is perhaps most notorious for his involvement in the mass execution of dissidents in Iranian prisons in 1988, towards the end of the Iran-Iraq war.

Thousands of leftists, many of them members of the Mojahedin e-Khalq (MEK) but also many communists, were killed after the executions were signed off by a commission that included Raisi, then deputy prosecutor general.

The Iranian leader's entry to the list was accompanied by a damning summary by Karim Sadjadpour, a senior fellow at the Carnegie Endowment for International Peace.

“As president, his already limited popularity will further decline as he becomes accountable for a broken economy… that he cannot fix, and political and social repression he will surely intensify,” wrote Sadjadpour.

Turkish economist Fatih Birol made this year’s list as a “pioneer”.

Birol has served as the executive director of the International Energy Agency (IEA) since 2015, and has been credited with modernising the organisation and leading international efforts to reach net-zero emissions.

The 63-year-old's summary in the magazine was written by former US Secretary of State John Kerry, who is currently the US special presidential envoy for climate.

“His data-driven approach is like Moneyball for the clean-energy revolution,” Kerry said, referring to the popularised analytical approach used by the Oakland Athletics baseball team in 2003.

“Birol has transformed the International Energy Agency from a body mostly monitoring oil markets into a leading adviser to the world’s major economies across the full suite of energy technologies.”

Under his leadership, the IEA strengthened its ties with emerging economies, including Brazil, China and India, and broadened its energy security mandate beyond oil, to include electricity, natural gas and renewables.

“When we get [to net-zero emissions], and if we get there in time, trust that Fatih Birol guided the course to turn words into reality,” Kerry said.

MENA figures in TIME Next 100

Several figures from the Middle East and North Africa were also included in TIME’s “Next 100”, an expansion of the main list which was released in February to highlight emerging leaders.

Among them is Syrian journalist Hadi al-Khatib. He was included for setting up the Syrian Archive: an open-source directory of documents activists and reporters in the region can utilise. The project has archived over three million videos - authenticating over 8,000 of them - showing air strikes on medical facilities, barrel bombings and other alleged war crimes.

Also recognised as an emerging leader was Egypt’s Nadeen Ashraf. She set up the Instagram account “Assault Police” in July 2020, which provides a platform for hundreds of survivors of sexual violence in Egypt to speak out on following the spread of the MeToo solidarity movement.

Emirati scientist and politician Sarah al-Amiri made the Next 100 list, too. She led the UAE space agency’s probe to Mars, the first-ever Arab interplanetary mission. Amiri also serves as the Gulf emirate’s minister of state for advanced technology. 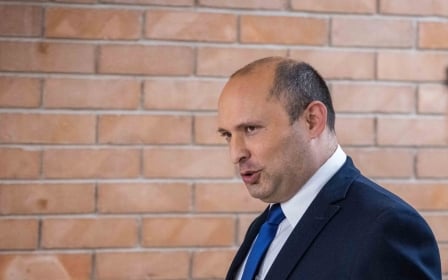