Adrift on a sea of chance: Boat race a lesson in UAE history 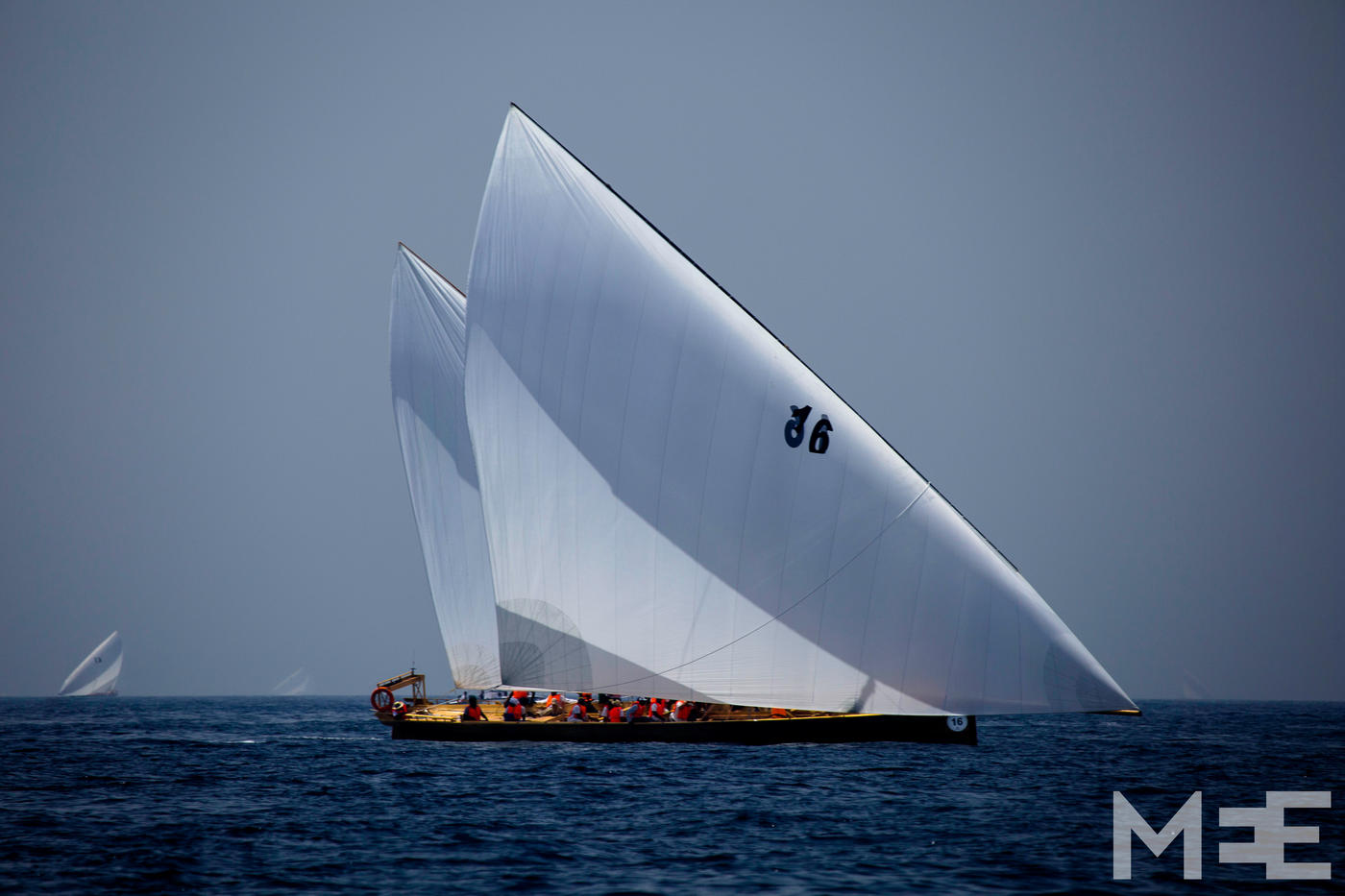 SIR BU NAIR ISLAND, United Arab Emirates - The scene was fairly comical. As dolphins, flying fish and marine life of all manner hurtled along, the most advanced animal of all sat idly by, praying for a favourable gust.

The 25th annual al-Gaffal race took an inauspicious turn less than three hours in, when the traditional Emirati dhow boats came to a virtual standstill in 40-degree heat.

Stagnant, moist air was weighted by a baking sun that increased in scorching intensity with each passing hour. Sails hung limply while dejected boat crews floated aimlessly on the lifeless Arabian Gulf sea.

Their at times achingly sluggish crawl was a poignant illustration of one of the key messages the annual race is intended to highlight: the forebears of this now-cosmopolitan society were not so long ago at the mercy of the whims of Mother Nature.

“Sheikh Zayed, the late father of the UAE, had a saying: ‘He who doesn’t have a past won’t have a future’,” Khalid Mohammed al-Zahed, vice chairman of race organiser Dubai International Marine Club, told Middle East Eye.

“This is part of our heritage and past which we want to keep, and we want our kids and the coming generation to keep remembering what used to happen, what is al-Gaffal, how our grandfathers lived a very difficult life.”

It’s the night before the race and MEE is sitting, somewhat ironically, on the world’s 41st-largest luxury superyacht, Dubawi, after arriving at the start line at Sir Bu Nair Island, a historical stopping-off point along the traditional pearl trading route. The island, which belongs to the government of UAE emirate Sharjah, is about 50 nautical miles west of the finish line in Dubai and a traditional festival with music and games has been taking place all day.

Al-Gaffal means "the closing" in Arabic and was the term for the end of the three-month pearling season when groups of about 50 dhows would sail back to land and their waiting families.

Al-Zahed says the race, which marked its quarter century after being conceived by Dubai Deputy Ruler His Highness Sheikh Hamdan bin Rashid al-Maktoum in 1991, is a living reminder of the vastly different existence before the 1960s discovery of oil triggered breakneck development.

“Fifty or 60 years ago everyone lived from the sea. That was the main source of income.”

The country, then little more than an area of loosely connected tribes, received food, medicine, clothing and other basic necessities through the watery channels. Before the creation of cultured pearls, up to 80 percent of the supply came from Arabian waters, the historical pillar of the economy.

The discovery of oil ushered in an age of nationhood, air conditioning and advanced transportation.

Far from the floating palaces that dock in the UAE’s dozens of private and public marinas (four of the world's 10 largest superyachts are owned by Emiratis), the wooden dhows are completely wind-powered and, while elegant at a distance, stepping aboard confirms they are built for functionality over form.

The UAE may be accused of losing sight of its heritage at times in its race to modernise, but al-Gaffal is proof that blood still pumps through the veins of tradition.

Abdul Aziz Ibrahim, 23, is studying for an accounting degree at Abu Dhabi University, and  he has no doubt about the sea’s importance.

“Since I was a child I was here in the sea, playing here, catching fish. Until now I’m in the sea - we’re getting our fish, our money, everything from the sea.”

This year’s al-Gaffal race, which offered a prize pool of $2.7 million divided across all 70 boats that made it past the first checkpoints, was Ibrahim’s second. But that’s only because university exams have prevented him from coming for the past five years. He takes part in all the races he can, he says, no matter the class of dhow – from 22 feet to 60 feet.

“I join in every traditional race. This is our tradition and we have to have stability in this and learn all about it." That way, he says, a new generation can learn "about how we are dealing with the sea and how we can travel and how our fathers in the past were travelling. This is our culture."

MEE speaks to Ibrahim after a pearl diving contest during the festival. Ten pots were buried under the sand, and the dhow sailors had to dive to retrieve the treasure. Although he came up empty-handed, Ibrahim says he loves swimming and diving and even dives to catch fish.

So why is he breaking with tradition in his own career path?

“Accounting is different from the sea; we have to change some things,” he laughs.

Ahmed Rashid al-Hamadi is of a different generation and looks as though he was born at sea. MEE meets him on the eve of the race aboard his team’s dhow, and he gives the illusion of being completely motionless, even while others lurch around the deck trying to remain upright.

It is the end of the sailing season, and the dhow has had a refit for the most important race of the year.

“All the deck has been changed, the rope needed changing, the polish for the boat [to make it] in good condition. It took one month.”

His crew of 25, on the other hand, have only been training for one week. But in another sense, al-Hamadi has been training his whole life. At the end of the race, he will return to his home in Sharjah and his job - as a ship captain.

Back on dry land after a grueling 10 hours at sea, the sailors emerge exhausted; races usually last six or seven hours. It was one of the hardest races in al-Gaffal’s history and was eventually called off when it became clear it wouldn’t finish by sundown, with most of the boats having to be towed ashore. DIMC board member Khalid Bin Dasmal says the weather conditions were “very bad luck”.

“Usually you get the wind from the land, and midway it changes to the north and picks up, but today it didn’t.”

A lot of thought goes into setting the season’s fixtures, he says. The marine club team even use a traditional climate calendar to help select propitious race dates, using a combination of new meteorological methods and old knowledge; for example, they never race on a new moon and know when to expect localised storms.

It is all part of an illustrious seafaring history.

“In the early days, the Arabs used to be very good at navigation," Bin Dasmal says. "Ibn Majid led Vasco da Gama from Africa to India and he did some navigation charts. Our compass used to have the stars and is divided in sectors using [the zodiacs] for guidance.”

This year’s race seemed a quiet reminder of the limitations of man. No amount of knowledge - new or old - could bring Mother Nature around.

“Our late fathers, when they were going to sea, had their families spend three or four months waiting for them. So today for 10 hours we felt, ‘Wow that’s too much waiting’,” al-Zahed explains.

“But what about the people in the past, struggling in the sea? They had worse conditions than these. This is just a small example for the community to feel how our grandfathers used to live.” Human Rights
Fighting the system from the inside