ANALYSIS: Iraq's Baath party: where are they now?

Despite reports that Baathists have played a big part in the formation of IS, their authority is being widely disputed 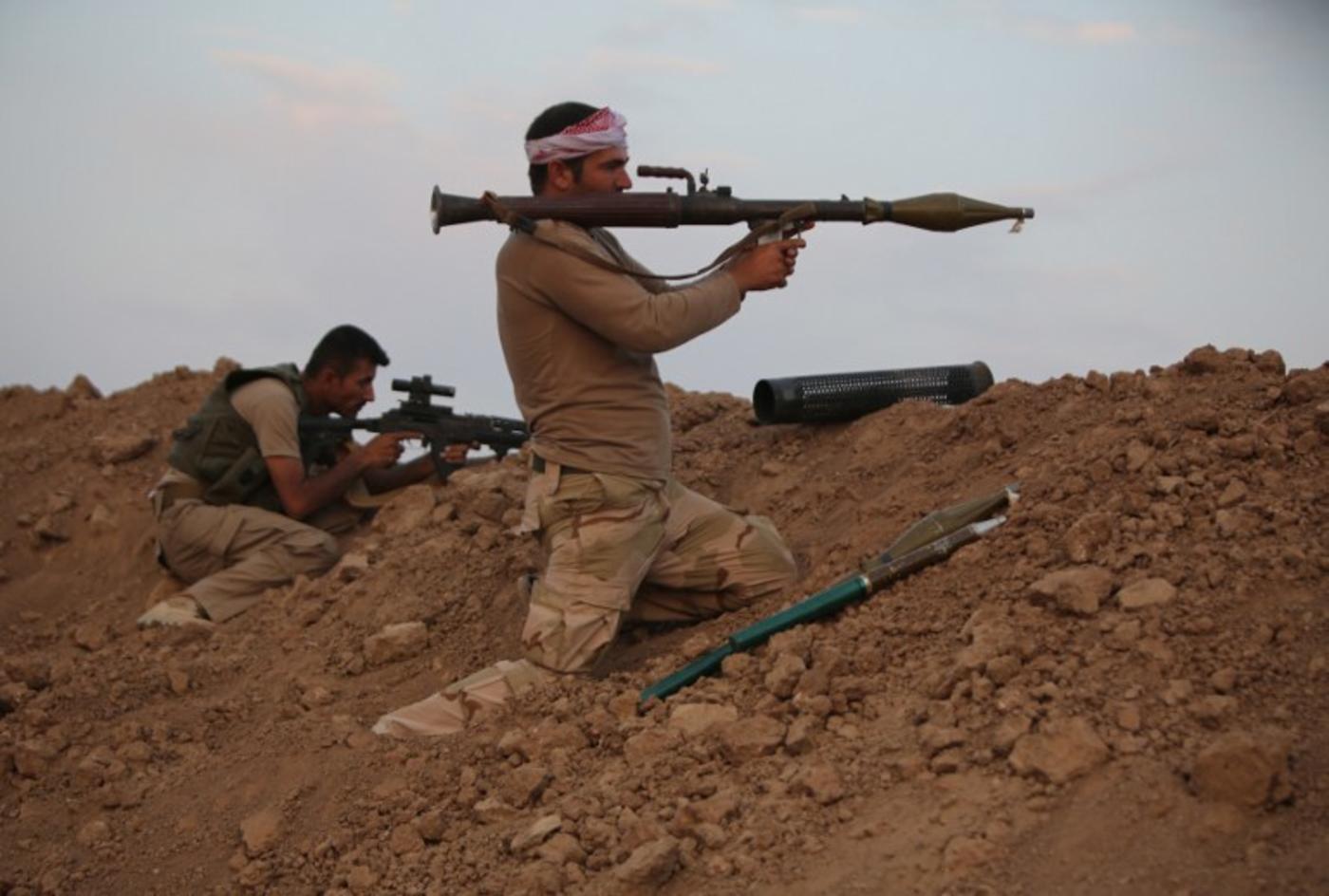 BAGHDAD - Back in June, when the Sunni Muslim extremist group now calling itself the Islamic State (IS) started to make territorial gains in Iraq, there was a lot of talk about how Baathists - members of the outlawed political party headed by former Iraqi leader, Saddam Hussein - were making a comeback.

The northern Iraqi city of Mosul fell to IS in early June, and soon after, rumours emerged that the group were in an alliance with the Sunni Muslim Baath party. There was speculation that the Baath party had for a long-time hidden sleeper cells in Mosul and that they had played an integral role in the IS takeover.

It was also rumoured that one of the long-unseen, former leaders of the Baath party would soon be making an appearance in Mosul: Izzat Ibrahim al-Douri, a senior military commander and member of Saddam Hussein’s outlawed government who had managed to evade capture for a decade. But he never turned up.

Since June, reports on the IS leadership have placed increasing importance on former members of the Iraqi Baath party, particularly those who were former military or police. Most recently, reports that IS leader, Abu Bakr al-Baghdadi had been severely injured in an air strike saw speculation that a former Baath party member might take over the leadership if he were to die.

But given that the situation on the ground in Iraq has changed significantly since June – with the advent of international airstrikes and increasing dissent among local populations that first welcomed IS – where do former Baath party members actually stand now?

In northern Iraq, it seems they are not in such a good place.

Mosul locals say initial hype about the return of the Baath party, and the Naqshbandi Army, has since proven bogus. The party has a presence in Mosul, the Iraqi capital of IS operations, but it is relatively ineffective.

It is the IS fighters who are in control. They support, and are supported by, many local tribal groups.

After the Baath party was outlawed, and the Baathist-dominated military disbanded, which came after the 2003 US-led invasion that overthrew their leader Saddam Hussein, many senior members sought refuge in Mosul, a mostly Sunni city.

The northern city became the second biggest base for senior Baath party members after Saddam Hussein's own hometown of Tikrit. Locals, who asked to remain anonymous for fear of reprisal, told MEE that Baath party leaders would meet Wednesdays at a central city mosque.

The Baathists, however, do not appear to have had any real fighting power in Mosul.

One local journalist in Mosul, who asked to remain anonymous for security reasons, told MEE how Ghanem al-Abed, spokesperson for the long-running anti-government protests based in a city car park, had once telephoned a local Baath party leader in a panic. Federal police had begun dismantling a protest site, beating and arresting demonstrators.

It did not. Two hours later, al-Abed made another call, then made his way down to the protest site. He found that around 20 members of the Baath party had tried to reach the demonstration but had not made it there, proving, the Mosul journalist said, their basic inefficacy.

“To me, this seemed to show that the Baath party was incapable of making a change on the ground on its own,” the journalist said. “The party was using its old reputation to boost its image. And statements made by the Iraqi government, which kept saying the Baath party were behind every security breach, also made it seem as though the party was more powerful than it actually is.”

Today in Mosul, the Baath party is in a weaker position than ever before. Popular opinion seems to be turning against it, with many ordinary people in the province of Ninawa, believing the party has behaved in a hypocritical and opportunistic way during this crisis – an awkward alliance that ultimately backfired.

In their attempts to tame any opposition, IS has arrested a number of local Baath party leaders. And most recently, politicians on the provincial council who were connected to the Baath party have also been in trouble, threatened with expulsion from the council as the political mood has changed (the council is currently operating in exile, outside of its Mosul base).

Additionally, Arab tribes to the south of the city that always supported the Baath party, have since pledged allegiance to the IS group.

It seems that Baath party members who had fled to Mosul in 2003 in the wake of the US-led invasion, turned first to al-Qaeda to try and recoup their power and wealth. Then, seeing which way the wind was blowing, they allied themselves with IS. IS have now exercised their power over the Baathists in the north.

Baathists in the south

Elsewhere in the country, there are more complex alliances.

Moving further south toward Baghdad and into Anbar province, there are, broadly speaking, three types of Baath party members present.

Two of these groups do not have much to do with IS’s murderous ways, but may still sympathise with sectarian Baathist policies, including the belief in Sunni Muslim superiority.

The first includes street level and senior membership, who previously benefitted from being part of Saddam Hussein's apparatus but who, after 2003, were forced out of their jobs. Often these people have ended up having to start new lives, working as taxi drivers or labourers in order to support their families. But they live in fear that Shiite militias, who harbour a historical hatred for the Sunni-dominated Baath party, will find them and punish them for real or imagined wrongdoings.

The second of these groups involves more powerful Baath party members, who, through influence, connections, corruption or an assortment of other manipulations, managed to return to their former positions - even though everyone knows very well that they were linked to the outlawed political party.

Possibly the most important in this current crisis though, are the third group: those party members with military skills who still firmly believe in at least some of the Baath party principles, particularly those that involve sectarian superiority, and who continue to harbour ill will toward the new Iraqi government, even though the leadership recently changed and is

Those who were resistant to the regime change wrought by 2003's US-led invasion, have seen IS as a means to right what they see as wrongs committed against them and their sect.

While reports have played up the foreign dimension to IS’s fighting contingent, there is no doubt that in Iraq the group is predominately a native organisation. They have foreign fighters, but its head, Abu Bakr al-Baghdadi, is Iraqi as are many of the group's senior members.

And there is no doubt that former Baath party members hold some very senior positions within it. Former Iraqi army and police, trained in counter-intelligence and military strategy, are some of IS’s most prominent leaders today. This includes Abu Muslim al-Afari al-Turkmani, a former military intelligence officer, and Abu Ayman al-Iraqi, who is ex-defence intelligence, both of who are members of IS’s Shura Council.

Many Baathists joined extremist groups – such as al-Qaeda and now IS - as a way of either regaining their power and influence, or perhaps even just to get paid, after losing their jobs due to their political affiliations. But as the increasingly criminal behaviour of IS so clearly indicates, obviously not all of these individuals are motivated by injustice or even by extremist religious views; some simply – ruthlessly seeking power and wealth just as their former leader, Saddam Hussein did.

This has resulted in IS being described as “a hybrid of terrorists and an army,” in a New York Times article on Baathist involvement with the group.

Former Baath party members are also known to make up sleeper cells in other parts of Iraq - these will only be activated by the IS group once they start making inroads into the territory.

Only a few days ago, Iraqi security services say they uncovered a sleeper cell of several hundred former Baath party members in the southern province of Nasiriya, which is mostly populated by Shiite Iraqis. The cell's members said they were supposed to provide IS with information about security forces movements in the province and that they would only have been called to more “active duty” if, or when, IS fighters attacked their areas.

This was similar as to what happened in Mosul.

But it is important to remember that not all Baath party members – just as not all of Iraq's Sunni Muslims – are enthusiastic about IS. In Anbar province in particular, it is a complex situation involving multiple tribal groups and shifting loyalties, which only seems to be becoming more complicated.

For example, recently there have been rumours about high level defections inside IS, persuaded to leave by anti-IS individuals who infiltrated the group. Using logic, money and promises of protection, the infiltrators apparently persuaded the defectors that it would be in their best interests to leave. Many analysts have already explained that, although former Baath party members share a common ambition with IS – to restore Sunni rule in Iraq – they also have some big ideological differences.

And while it's hard to know exactly who the defectors, or the infiltrators, were, many believe that a recent statement issued by Baghdadi saying recruitment should be conducted more slowly and carefully was the direct result of the recent defections.

It's possible that simply being an ex-Baathist will no longer be enough to join IS. 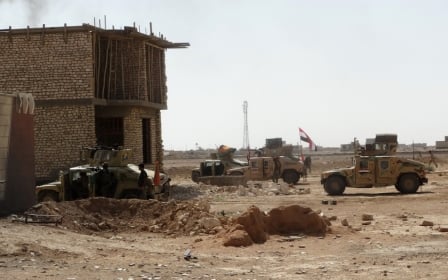