Asian Cup kicks off in Australia: Will Palestine be the new Iraq?

Palestine debut in the competition and hope to emulate Iraq of 2007, as nine other Middle Eastern teams compete 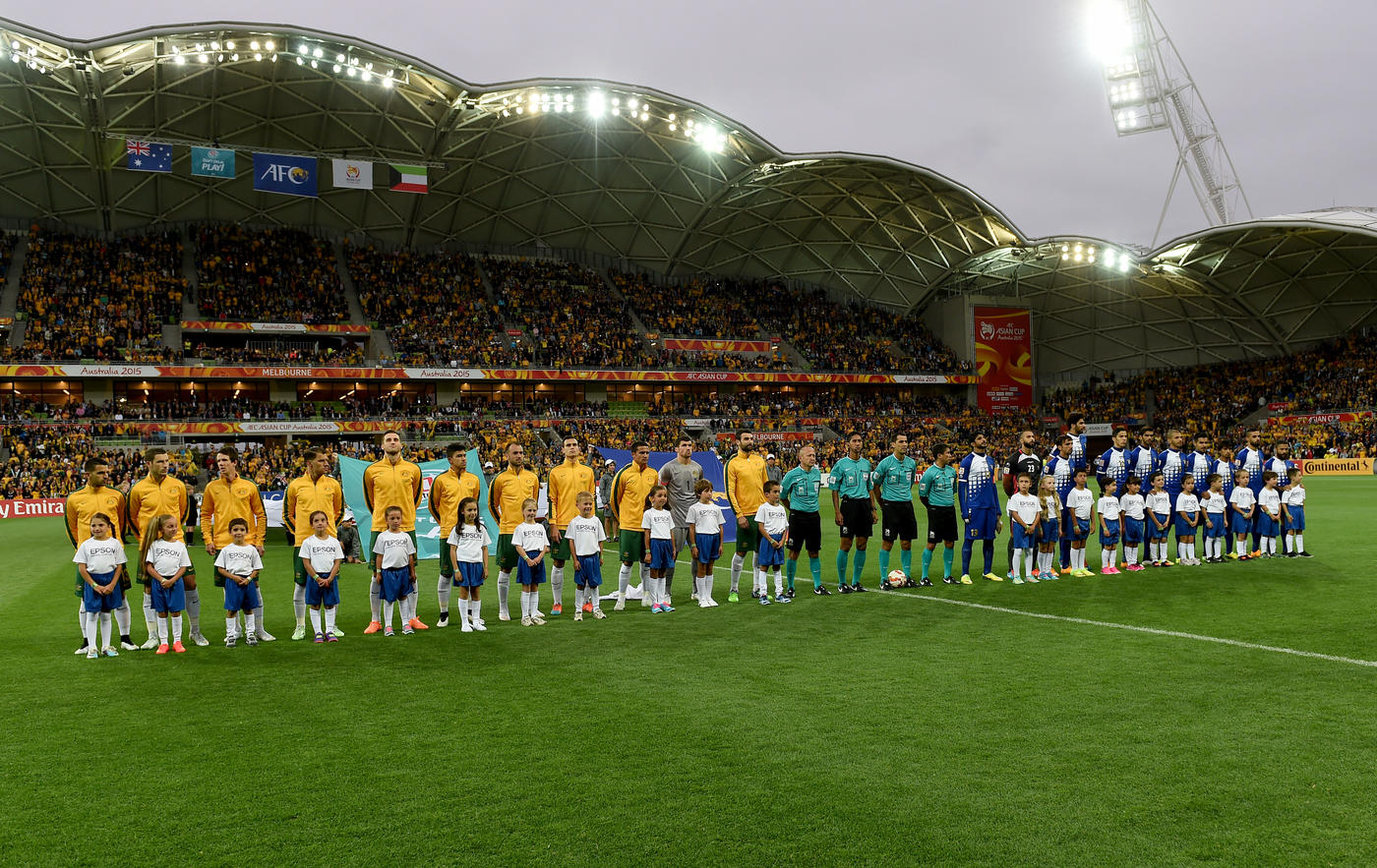 The Asian Cup kicked off in Melbourne on Friday, with Australian hosts defeating Kuwait 4-1 in the tournament’s curtain raiser. The eyes of the football world will be on this prestigious competition throughout January and with ten of its nations taking part, the Middle East will be well represented.

As well as the traditional regional powerhouses of Australia, South Korea and Japan, Saudi Arabia and Iran are considered amongst the favourites to lift the trophy on 31 January. Indeed, this year’s edition could be one of the closest yet.

With religious and political tensions, as well as violence and hardship so prevalent in many of the team's home nations, the Asian Cup can offer a glimmer of joy and unity to societies that often find themselves struggling with internal strife. The 2007 Asian Cup in South East Asia will forever be remembered for Iraq’s stunning success, defeating all before them, including overwhelming favourites Saudi Arabia in the final to clinch victory.

The performance of an Iraqi side representing a nation torn apart by foreign invasion and sectarianism, particularly during the peak of the violence in 2007, was proof of the ability of football, and sport in general, to unite. The victorious squad was made up of members from Sunni, Shia and Kurdish backgrounds, whilst the team itself had not played a fixture on home soil since 2003. Yet despite all of this, Iraq were worthy winners who captured the hearts of a nation, as well as football fans globally.

If Iraq were the plucky and popular underdog in 2007, then surely this time around that role is taken by Palestine. Competing for the first time in their history, the Palestinians can count on the support of neutrals around the globe.

Qualifying through victory in the Challenge Cup, the Palestinian squad arrives in Australia hoping to make an impression and secure an upset along the way. Many in the squad will be using the tournament as an opportunity to put themselves in the shop window for clubs looking to secure a hidden gem or two.

Qualification in itself is a remarkable success story for a group of players who have seen much hardship.

Palestine will make their Asian Cup debut against Japan in Group D on 12 January, before facing local rivals Jordan and Iraq. Although the Palestinians certainly won’t be there to simply make up the numbers, getting out of a tough group will be a big ask.

The Iraqis and the Jordanians will be competing for second place in the group behind clear favourites Japan. Jordan are an emerging side at international level and, as one of the few politically stable nations in the Middle East, have been able to invest in infrastructure that could see them achieve success in the coming years. Whilst 2015 may be too early for them to win the cup, the Jordanians would love nothing more than defeating neighbouring Iraq and making a statement in Australia.

Local rivalries played out on the field

For the Iraqis, the prospect of a clash in the second round against fierce rivals Iran will be motivation in itself. Should the Iraqis come second in their group, they will face the winners of Group C. With the UAE, Bahrain and Qatar for company, the Iranians will be expected to top the table easily.

Indeed Group C throws up several rivalries that have been played out in the Middle East’s political scene recently. The Gulf states of the UAE and Bahrain have been at loggerheads with Qatar for months. Whether this political tension carries out onto the pitch remains to be seen, but it is indicative of their fraught relations that the UAE and Qatar are considered two of the fiercest rivals in the region, despite enjoying little success on the international stage. With the World Cup coming in 2022, the Qataris will be hoping to put on a solid display, in the hopes of developing a competitive team for the future.

Over in Group A, Oman and Kuwait will be hoping to gain experience from this tournament to build for the future. Drawn against the hosts in Australia and South Korea, who have picked up the bronze medal in the last three editions, few would expect either of the Arab sides to progress.

Similarly to Jordan, Oman have become a developing force in the Asian game and its relatively stable political and social scene have undoubtedly contributed to a more developed and professional approach to its football team. They are a team with potential and could well fly the flag for the Middle East in coming tournaments.

Saudi Arabia are the only Middle Eastern representatives in Group B but arguably present the best chance for success. With a relatively straight-forward group containing China, North Korea and Uzbekistan, the Saudis will be disappointed not to get out of the group but will have to avoid complacency.

As the Middle East’s traditional powerhouse Saudi Arabia are used to carrying the weight of expectation and this year will be no different. The national team enjoys funding from the House of Saud and has one of the best established national federations in the region. This seemingly endless financial support has allowed Saudi Arabia to enjoy a sizeable advantage over its nearest rivals in the past, although this is likely to become less pronounced as Qatar and the UAE invest in their own national football infrastructure.

Remarkably the turbulent recent history of the Middle East and the expanding communities of emigrants of Middle Eastern origin in Australia mean that Iraq, Palestine and Iran in particular can count on huge local support. Whether this translates into success on the field remains to be seen, but each of the Middle East’s representatives will be hoping to bring the trophy home. For some, this may be merely sporting glory. For others, like in 2007, it may bring some light relief, even if only temporarily.