Steavenson renders the revolution in all its complexity, and leaves a breath of hope in the protesters’ ceaseless return to Tahrir Square 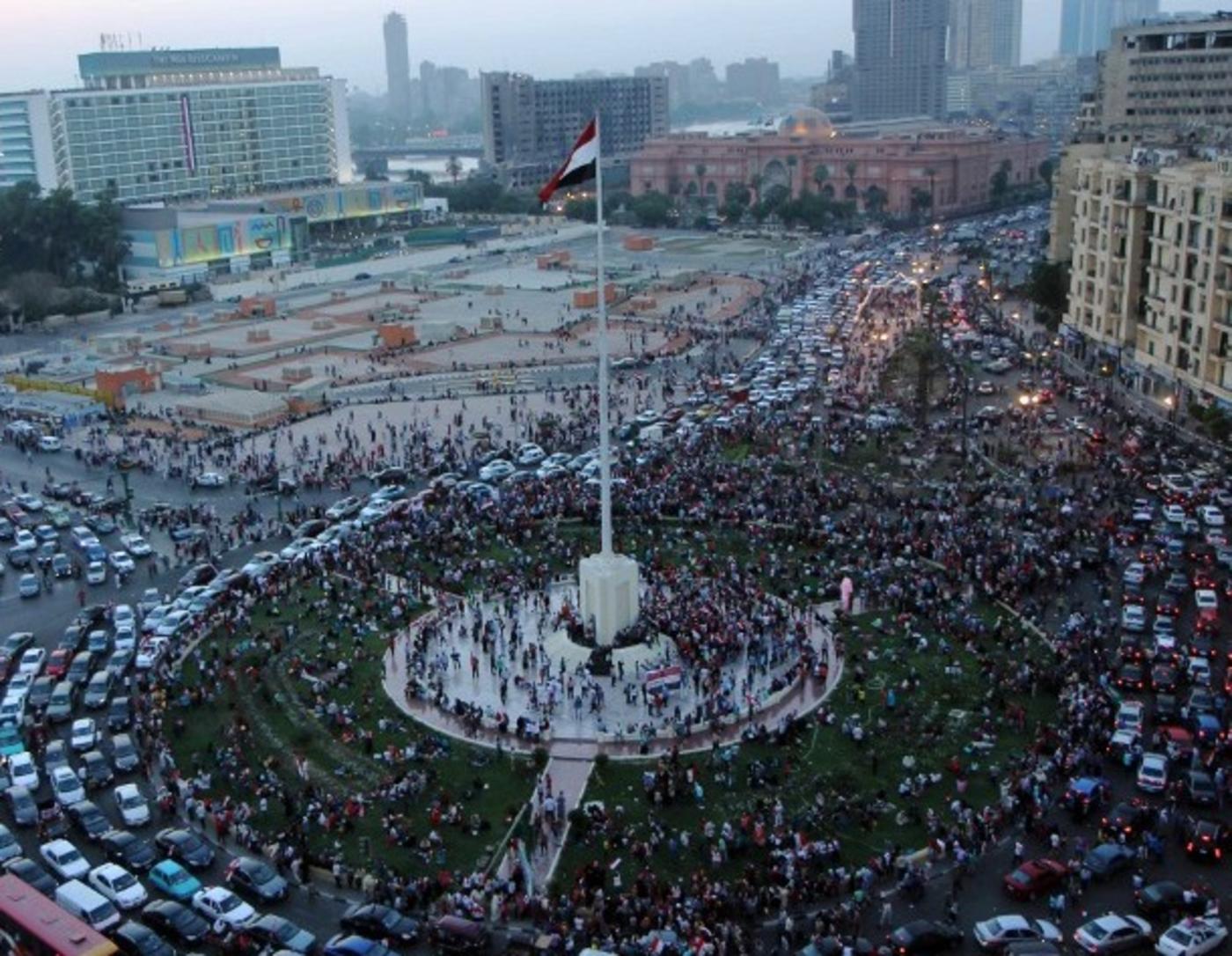 "The explanation lies in the belly of the poet."

Circling the Square is named for, and anchored in Tahrir Square, the cement stage of the 2011 Egyptian revolution. The physical ground of the square is the one hard reality in Steavenson's beautifully rendered, pointillist Egypt - that and the constant throng of people protesting inside.

A two-time author - with previous acclaimed books of reportage about Iraq and Georgia - and a staff writer for The New Yorker, Steavenson had much to say about Egypt, where she reported during the Arab Spring. Her pages overflow with pulsing character portraits, scenes of people power, and theories no sooner presented than unravelled.

Over a recent dinner with a group of friends from the Middle East and Europe, I mentioned a new book coming out about Egypt. My comment was met with eye rolling - they were tired of neat explanations of what went wrong. “No,” I told them, “this book doesn’t do that,” and they got interested.

Steavenson takes a brave tack, outright rejecting the idea that Egypt can be explained through a single narrative. Instead, she embraces the saying, “the explanation lies in the belly of the poet,” and inhabits the everyday lives of revolutionaries and the contradictions among them. [p.159]

Reading, I peered over Steavenson’s blue, tightly laced sneakers as she ran across highways towards rowdy mobs, into courtrooms, or to meet with Egyptian friends to eat koshari, a “carbo-bomb” local dish of pasta, rice, chickpeas and lentils. When the revolution started, she writes, “I watched the crowds gather on the streets on TV… My heart thumped with them. I emailed editors to send me, please send me! One o’clock in the morning, dishes in the sink, I opened my email to read that Oz had pulled his curtain back an inch and typed two words: “Yes Go.” [p.6]

After that, my heart knocked on my chest to ask why I hadn’t been there, too.

Early in the book, Steavenson writes, “The crowd was a single thing, but it was made up of individuals and in each Egyptian head resided several competing opinions. Calm down vs. burn down; Islam as sanctuary as mantra as terrorism; army good, bad, the only solution…” [p.6]. She doesn’t see life, and certainly not Egypt, as having a single narrative, or even an explanation.

Steavenson veers into prose-poem in a way that few authors can. She finds lyricism in Cairo’s streets, “In Cairo the traffic policemen, with white arm gaiters and whistle, were of no practical application in the teeth of the monster honking mass of traffic. Ah, the honking! It was traffic conversation and it never ceased. I could sit on my balcony at three in the morning and there would never be a quiet second without a honk. Beepity beep tootity toot. Call and response. A Cairene drove with one hand on the gearshift and one other on the horn. Some of them drove while honking a constant refrain: I am here! I am driving! I am alive! Hassan taught me the vernacular: beebeep, I’m turning left, beebeebeep I’m right behind you and I want to push through. Bepbep, Hi! Beebeebeebeeep: You asshole!” [p.153]

Steavenson gives little reverence to the men that grip power in Egypt: Mubarak, Morsi, al-Sisi. The only reference to a head-of-state interview is in the Afterward, where she paraphrases President al-Sisi in a silencing fashion: “I asked him if he felt the new repression in Egypt made him careful of how he expressed himself in public. He reluctantly said yes.” [p.362] It’s a notable choice in a book that overflows with street graffiti−including a stencil of a monkey depicting ‘hear no evil, see no evil, speak no evil’−that “told the story of the revolution,” in Steavenson’s words. [p. 363]

In post-revolution Egypt, Steavenson writes that there was “no protagonist, no leader, no bad guy, no hero.” [p.7] True to that mantra, her book presents a mosaic of characters, including a French journalist and stand-in philosopher, a socialite gynaecologist, a slew of youth-now-heroes, and a middle-aged member of the military guard. The square is full of the counter-power of Egypt, but not all have the same voice. Her character list slants more young than old, more male than female.

Given my interest in women in the Middle East, I sought out Steavenson’s Egyptian females characters, including a filmmaker undeterred by arrest, journalists who rail against societal norms, a practical lawyer−one of few able to win a case amid Egypt’s Byzantine and corrupt bureaucracy, and an upper-class mother and activist. Steavenson doesn’t disguise her disgust with the Salafi argument for Sharia Law−which she boils down to “head scarves and sex.” [p.196]

Still, Steavenson does not treat women’s rights in Egypt - where the Muslim Brotherhood-Salafi majority in parliament immediately moved to roll back women’s rights - with urgency, as she did in “Two Revolutions,” as essay she wrote for The New Yorker in 2012. There, Steavenson wrote about sexual violence committed by state officials during the revolution as well as the shocking levels of sexual abuse in Egypt before the Arab Spring. She told the story of women who bravely faced down government abusers and administers of virginity tests (eliciting scorn from conservative elements in society for doing so), and at the same time questioned traditions in their own families.

Despite the loss, the chaos, and the violence of the revolution, the author allows herself to indulge in the irony. She writes about, “my favourite plot twist this week,” and I became aware that she was keeping count. [p.276] She writes that Mohammed Morsi, “was chubby and no one had ever heard of him and immediately he was dubbed the ‘spare tyre.’” [p.279] But moderate, middle ground candidates split the presidential vote, and so when a former general headed off against Morsi, the Islamist, Morsi still won. Steavenson cried despite herself, “because the army had, despite everything, ceded to the ballot box.” [p.307] Then, in another irony, democratically elected Morsi announced a “constitutional declaration” that put his decrees beyond the power of the Constitutional Court.

After all this, “the revolution took the square again,” [p.315] bringing Steavenson’s narrative full circle. Steavenson quotes an Egyptian journalist, who captures the mood, “I recognized the Kafkaesque instance where a metamorphosis of self or revolution was unfolding. It is either that we have become the counterrevolution or that the revolution has become the counter-revolution.” [p.335]. Later the military deposed Morsi and sentenced him to life in prison; under al-Sisi thousands of Morsi supporters were arrested and 900 were killed in a single day.

Steavenson was the recipient of a Neiman Fellowship at Harvard University in 2014 and now lives in Paris where she is writing an account of the Charlie Hebdo attack. Her writing over the past year has eclectic range – from travel-inspired culinary to a haunting account of Romania’s orphanages, to a tormented essay on love in Iraq.

In exquisite writing and brave reporting that is both inquiring and honest, Steavenson renders the revolution in all its complexity, and leaves a breath of hope in the protesters’ ceaseless return to Tahrir Square. The revolution, through Steavenson’s eyes, is a series of twists, that together make up something true, something that happened in the square. 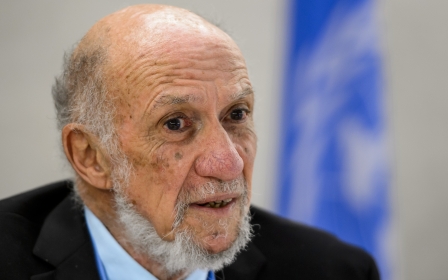 Reviews
BOOK REVIEW: The Arab Counter-Revolution and its 'Jihadi' Legacy