There is no new information regarding the whereabouts of Nader al-Omrani, but family and supporters continue to appeal to his kidnappers 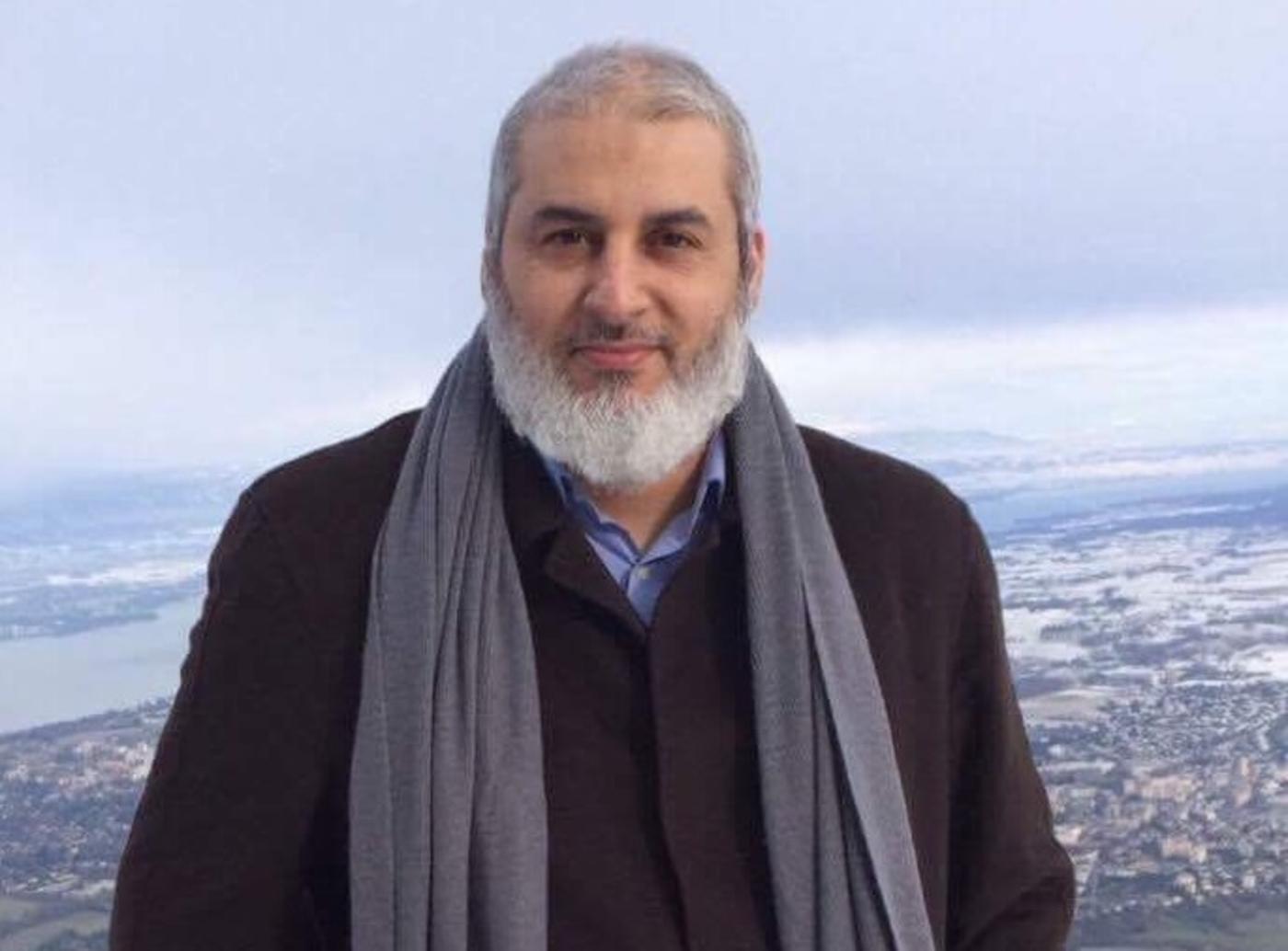 "Over a month has passed and each day he is not with us our pain continues to grow,” Sarah al-Omrani, daughter of the well-known Libyan imam Nader al-Omrani, says of her father who was kidnapped on 6 October in Libya’s capital Tripoli.

Omrani was outside Fawateer mosque near his home in the capital’s al-Hadhba district, where he was about to attend the dawn prayer, when he was snatched by a group of kidnappers armed with guns.

A witness told the family that they saw the incident and watched as a group of gunmen bundled him into one of two cars that sped away from the scene. The identity of the assailants remains unknown. However, many have expressed suspicions of the involvement of supporters of military marshal Khalifa Haftar.

The United Nations Support Mission In Libya (UNSML) released a report on violations of international human rights and humanitarian law during the ongoing violence in Libya highlighting the impact of Haftar’s Operation Dignity and the subsequent human rights abuses, including a number of kidnappings.

The report said: “UNSMIL has documented several cases of abductions reportedly carried out… by fighters affiliated to General Haftar. In all these cases, the detainees were allegedly tortured, and at least two are said to have died as a result.”

Anyone considered wealthy is vulnerable

Omrani, who is a member of Dar al-Ifta, Libya’s leading authority on religion, received his bachelor and masters degree in hadith sciences from Saudi Arabia's Islamic university of al-Madinah al-Munawarah and completed his PhD at the Islamic Studies department of the University of Tripoli.

Omrani can often be found in the Islamic Studies department at the University of Misrata where he is an assistant lecturer. In his spare time he gives regular lectures at his local mosque. He also holds the position of vice president of the Arab Maghreb Scholars League as well as many other positions in various Islamic organisations across the Middle East, including in Bahrain.

His family say they are proud that he such a well liked and popular member of his community. He is known for taking an active role in pushing for peaceful solutions to the economic and security issues in Libya, and he is looked up to by many people who frequently seek him out for his advice and guidance on Islamic issues or just general day to day matters.

On 1 November in Tripoli, Abdelhakim Belhaj, leader of the National Party of Libya, spoke about Omrani at a conference discussing his kidnapping: “Sheikh Nader, who we have come to know as a great scholar, a virtuous sheikh, an assiduous, persistent and patient individual, is always there for both the country and its citizens whenever he is needed. He is neither an extremist nor one for exaggeration… He is a great scholar, a moderate scholar.”

His kidnapping came as a devastating blow to his family and friends who have never known him to have any enemies. Many of his colleagues have hinted at their suspicions that supporters of the Islamic State (IS), or those of Khalifa Hafter could be involved, and Dar al-ifta has said they hold the Presidency Council and the cities’ security forces responsible for securing his safe return.

For their part, the Presidency Council released a statement condemning his kidnapping specifically, as well as kidnappings in the country generally, saying these crimes pose a direct threat to the security and stability of the country.

The council has given orders to the Ministry of the Interior to “fight this widespread phenomenon”. Anyone considered wealthy or holding a well-paid job is vulnerable to being kidnapped at any time. It's not being suggested that that is why Omrani himself was targeted, but is certainly a factor in some kidnap cases.

Many protests have been called in support of Omrani, which is testament, his family says, to how deeply his loss is being felt in his community. One protester who wishes to remain anonymous described the scene at one protest saying: “It was utterly heartbreaking to watch sheikh Nader al-Omrani’s mother speaking to the media. She kept repeating ‘I want my son, I want my son.’ No mother should be in a situation where the whereabouts and wellbeing of her child is unknown.”

Omrani’s mother and daughter have both spoken out about how they have been affected by his kidnapping, expressing the pain they are in as each day passes and he is not with them.

“I pray you never see what I have seen… why? What has my son done? My son has worked to better his country…why? Eight men knocked him over with their car and took him while he was on his way to the mosque. May Allah never show this pain to anyone. Please someone lie to me and tell me he’s alive,” said Omrani's mother, Hooriya al-Idrisi.

His daughter, Sarah al-Omrani, spoke at a conference held on 1 November and expressed the pain she and her siblings have had to endure for the weeks they have spent without their father, and how her father’s absence has broken the whole family.

Omrani's father, Senousi al-Omrani, has also spoken about the lack of information on his son's whereabouts: “All that has reached us is conflicting and unconfirmed information,” he said, evidently distressed.

The price tag of insecurity

Kidnapping has become an almost daily phenomenon in Libya and many other high-profile victims were taken around the time of Omrani.

In another kidnapping in September, Omar Hajaji, the deputy general manager of the Libyan Foreign Bank, was kidnapped by armed gunmen just outside his home in the capital Tripoli.

Hajaji was released on 5 October but refrained from giving any details of his kidnapping until he had safely left the country. He is now being treated abroad after being shot in the leg by his kidnappers.

When her parents failed to come up with the 70,000 Libyan dinar ransom the kidnappers brutally murdered the four-year-old

Whilst Hajaji’s family did not pay a ransom, and the identity of those who kidnapped him remains unknown, many others who have been kidnapped have been asked to pay steep ransoms to ensure the safe return of their loved ones.

The seriousness of these ransoms was clearly demonstrated by the heartbreaking case of Mayar Harari, a four-year-old girl who was kidnapped by a gang in the Wersheffana area of Western Libya. When her parents failed to come up with the 70,000 Libyan dinar ransom (almost $50,000), the group brutally murdered the four-year-old, cutting her into pieces.

The financial difficulties facing the country, coupled with the demands for money from kidnappers, makes paying such ransoms almost impossible for most, and families are left with a ticking clock to secure funds in any way they have to.

Many ask family members to chip in any amount they can to contribute to the target amount, as well as borrowing money and using social media to fundraise for the ransom.

Kidnappers are taking advantage of the insecurity within the country and the declining state of the banks is a contributing factor in these financially motivated crimes.

Victims of kidnapping - as well as other crimes - and their families do not have a legitimate avenue among state institutions to go to for help. Families of victims have instead often had to resort to contacting one or more of the many militias in the capital, informal networks, or any tribal links in order to identify and communicate with the parties involved.

The Presidency Council is seemingly powerless in stopping these crimes and each day more names are added to the list of those who have disappeared.

According to Viraj Pattni, a Libya analyst, in the first week of June alone this year, 12 former security officials were kidnapped and assassinated and, even though this is an alarmingly high number, not all incidents are even reported.

Kidnapping is not only widespread in the Tripoli area, but in fact the increase in disappearances began in the east of the country, where the House of Representatives is trying to remain a power-holding entity.

A group of Haftar loyalists recently led an offensive against the home of Amer Omran, a member of the House of Representatives. Omran’s mother was assaulted in the attack and his brother kidnapped. Amer Omran was not home at the time of the attack. Omran had openly supported the UN-backed Libyan Political Agreement, which Haftar is critical of, and it is believed that he was also targeted due to his political opposition to Haftar.

On his Facebook page, Omran said: “I strongly condemn the attack on my family which was carried out by a party, supposedly belonging to the state, in full view of everyone.”

Omran has said that he received many threats from Haftar's forces trying to bully him into changing his views in regards to the Libyan political agreement which brought to power the Government of National Accord (GNA) in December 2015. Haftar is a leading opponent of the GNA, which has been criticised for failing to restore the economy and security to the country.

Such politically motivated kidnappings bear an uncanny resemblance to the taking of Omrani, and it is for this reason that many have suspected the involvement of Haftar loyalists.

The family of Omrani have no new information regarding his whereabouts or wellbeing. It remains unclear as to whether he will be returned anytime soon, but family, friends and supporters continue to spread the word via social media, protests and communication with news outlets. They say they will continue to do so until he his brought safely home. 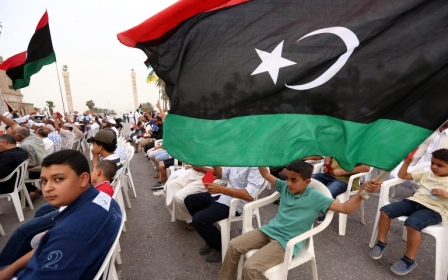 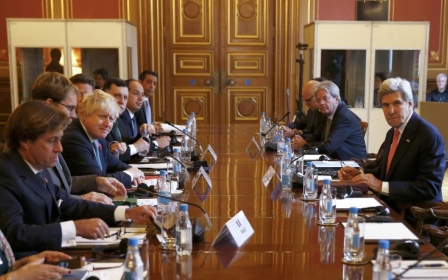 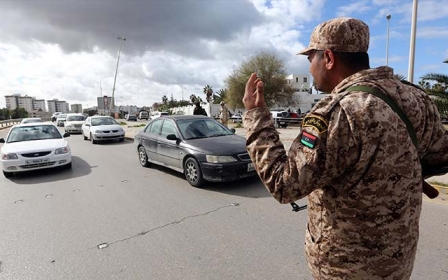