Lebanon’s water sector is in need of drastic reform given that water resources have been stretched by the influx of over a million refugees, along with other factors 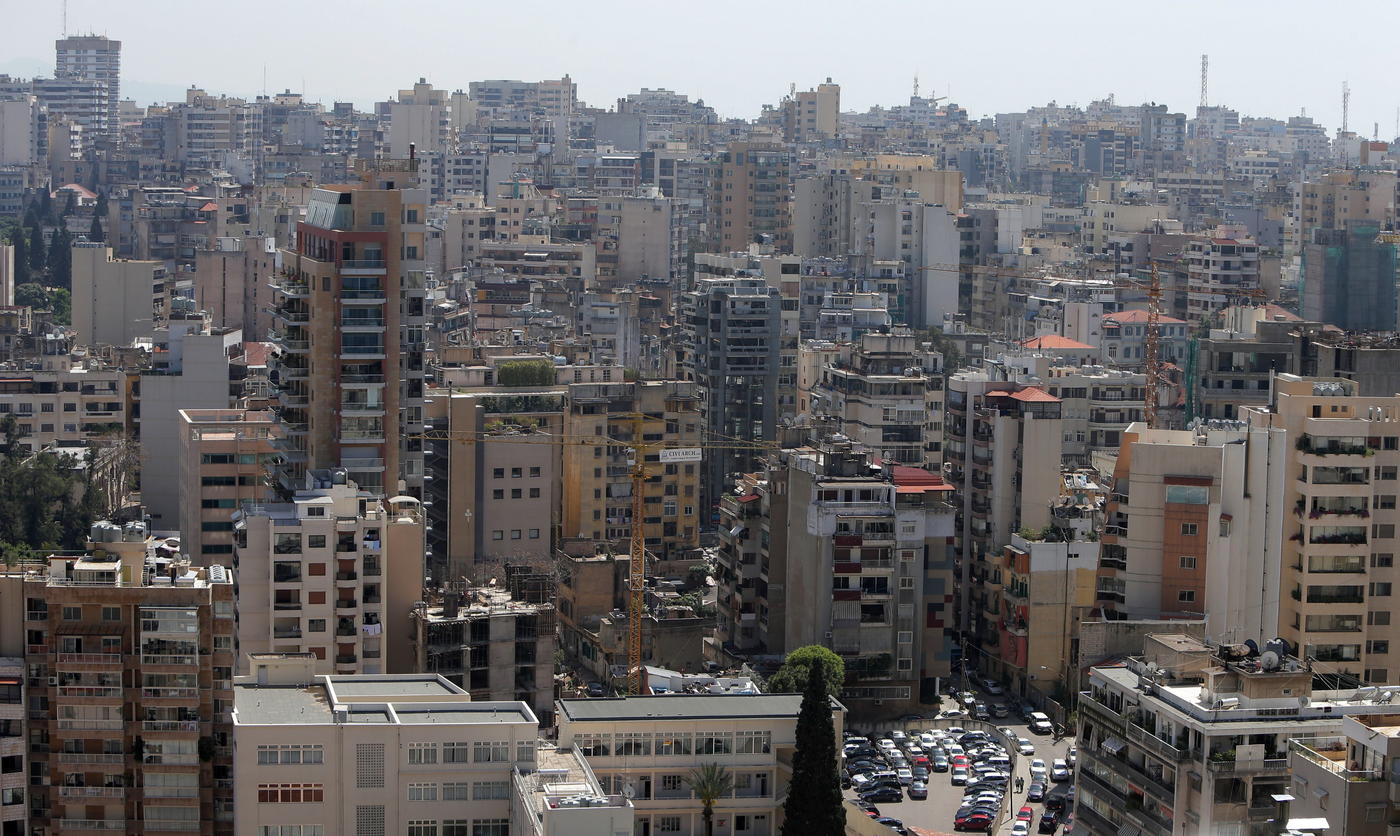 Despite foreign investment since 1990 exceeding $1.4bn, the level of Lebanon’s water service is not in line with countries of similar economic backgrounds (AFP)
By
Martin Armstrong

ZAHLE, Lebanon - In a small office in a farm warehouse on the outskirts of the Bekaa town of Zahle, Bashar Berro, the chief executive of Berro Farms recalls with a grimace the negative effect of last summer’s drought - Lebanon’s worst in over 80 years - on the family business’ productivity. Outside, warm sunlight falls on Berro’s property, which extends over 150 acres and produces fruit and vegetable products for local and export markets. Snow covers the peaks of the anti-Lebanon range, separating Lebanon from southern Syria in the distance.

“It was very difficult. We have two wells here in this area,” says Berro, pointing to an area of the farm behind the warehouse.

“They are forty years old. We never had a problem before last year. But by September we couldn't get a single drop of water. We stopped growing on some lands. We couldn't grow the fall-winter season altogether. Business suffered a lot.”

Last year Lebanon’s drought was preceded by an unseasonably mild winter during which only 431mm of rain fell, just over half the annual average.

Fawzi Kharajeh, a senior water resources and irrigation officer at the Food and Agricultural Office at the United Nations, notes that the effects of drought reduced agricultural exports by 4.3 percent, whilst profit margins for farmers within Lebanon were further slashed with yields on rain-fed crops slashed by as much as 50 percent.

Outside the agriculture sector - which uses between 60-70 percent of Lebanon’s water supply - other sectors too were affected.

Whilst crops wilted, households and businesses throughout Lebanon became over-reliant on private water retailers charging $5-10 per cubic metre, pushing some of the country’s politicians to discuss the prospect of buying water from Turkey.

This year, following a series of winter storms, Lebanon has already received an amount of rainfall in line with annual averages. For many, memories of last summer have been cast aside. However, given that water resources have been stretched by the influx of over one million refugees into the country, along with other factors including urbanisation and climate change, Lebanon’s water sector is in need of drastic reform.

But confidence in the capacity of state institutions to initiate reform is lacking.

Despite foreign investment since 1990 exceeding $1.4bn, Claire Kfouri, a water and sanitation expert at the World Bank, notes that the level of Lebanon’s water service delivery is not in line with countries of similar economic backgrounds.

“As a result of old and faltering infrastructure, delayed investments in critical new infrastructure and a legacy problem of mismanagement of existing water resources,” says Kfouri, “people only have access to an average of three hours of public water supply per day in the six-month summer season.”

In 2012, Lebanon’s Ministry of Energy and Water established the National Water Sector Strategy (NWSS), warning that without reform, Lebanon would experience “chronic year-round shortages” by 2020. In collaboration with the World Bank, the project focused on the construction of 12 dams across Lebanon to create an additional water-storage capacity in excess of 316m cubic metres per year. Plans were also made to drastically update Lebanon’s waste-water treatment infrastructure, and create a national water council to greater regulate cooperation between local municipalities, often seen to work according to their own interests.

However, divisions between the rival 8 March and 14 March political blocs over Syria, exacerbated by Hezbollah’s intervention in support of the Assad regime, have since led to an 11-month presidential vacuum and a state of political stasis. The NWSS, along with plans to institute much-needed reform in other sectors, have all but been shelved.

For Berro, it is an all too familiar story.

“No one in Lebanon thinks in the long-term, only year-to-year and for themselves,” says Berro.

“There isn’t a functioning government to implement a long-term plan, just groups of political parties who (when it comes to the formation of a cabinet) say: ‘This year you take these ministries, then next time we flip.’”

Before Syria’s civil conflict, Lebanon was regarded as having the fourth richest water wealth, per capita, of any country in the Middle East and North Africa (MENA) region - standing at 1,095 cubic metres per year, according to Kharajeh.

However, with the arrival of refugee populations since 2011, Nadim Farajallah, a professor of agriculture at the American University of Beirut, estimates this figure has dropped to less than 800 cubic metres.

Whilst this has created added strain on resources, away from demographic shifts, Lebanon’s water problems are principally the result of infrastructural shortcomings. According to a 2012 World Bank survey, Lebanon is capable of storing only six percent of its total water resources, rendering it the country with the least dam storage capacity in the MENA.

In the Bekaa, pollution and overuse of the Litani river - which stretches across the valley from north to south - has led local farmers to dig wells to exploit underground aquifers nourished by both rain water and melting snow deposited on mountain peaks during the colder winter months. These wells often go unregulated by local authorities.

“Often farmers don’t ask for a permit, they just go and do it,” says Farajallah. “The problem is there are no regulations detailing the depth to which they drill, the material they have gone through, how much they are pumping. There are no records.”

Frustrated by state control of Lebanon’s water sector, in 2012 the Civic Influence Hub (CIH) - a lobbying group of business leaders with the support of more than 40 water experts - established the Blue Gold Project (BGP): an ambitious plan to reform Lebanon’s water sector involving reforestation and the construction of new water recycling plants in addition to the repairing of the country’s distribution system, the drilling of public wells and the construction of new dams. Initially the CIH intended to see the plan implemented between 2015-2020.

Ziad el-Sayegh, CEO of the CIH, claims Lebanon’s water sector has suffered due to a lack of national planning - a key component of the BGP entails the establishment of a national water council aimed at bringing together politicians and academics with members of the private sector and civil society.

“Everything now is solved locally; there is no master plan being implemented,” says Sayegh.

“Currently it doesn’t matter whether there is no rain or lots of rain in the winter; come summer there will always be a water crisis. Saudi and Qatar, they invest seriously and in the right way to have water. Here we (naturally) have water but there is mismanagement.”

Fronted by a glitzy PR campaign that promises to transform water from a commodity into a national wealth and cut household water bills whilst increasing supply, the BGP has been criticised as an attempt to privatise Lebanon’s water industry.

“They (BGP) have taken what the government has done as a strategy, identified certain areas where they can bring in money and guaranteed returns of 15 percent in return for an investment,” says Farajallah with a note of incredulity.

Berro and Sayegh argue that a lack of national planning in the development of Lebanon’s water infrastructure stems from a rivalry between different political groups. Both claim it is common for political parties to attempt to monopolise government and foreign aid grants and channel investment through areas inhabited by their supporters. In the process this leads to regional imbalances in development.

“It happens in all sectors,” notes Berro matter-of-factly, drawing reference to a grant established by an American aid agency to provide livestock to support farmers in the Bekaa.

“They wanted farmers to make cooperatives of 10 to 15 people. Then they would give them 30 or 40 cows to start with. At the time the Minister of Agriculture was with Hezbollah and started collecting people from the party,” explains Berro.

However, Farajallah, notes that feudalism too plays a role in imbalances in development.

“In some areas the residual effect of feudalism is still very present and local leaders are not questioned as much,” says Farajallah.

“But there is negative competitiveness. Sometimes one parliamentary block vetoes a project just because it is proposed by their opponents. (The NWSS) was a good plan, not the best, but a starting point,” says Farajallah.

“So far there has been no implementation,” concludes Farajallah. “Of course this is a cause for concern.” 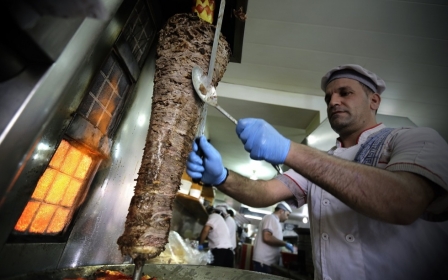 Inside Lebanon
Lebanon’s food safety scandal refuses to go away 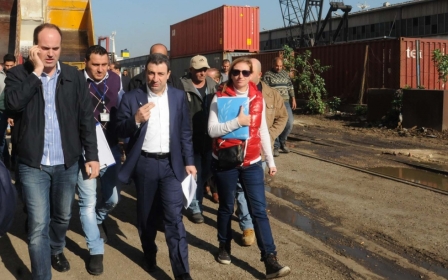 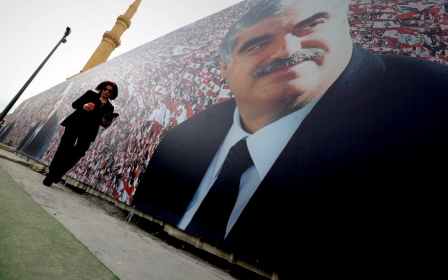 Inside Lebanon
Much to dialogue about nothing in Lebanon
Makram Rabah