For Palestinians in the mostly destroyed area of Shejaiya, Land Day anniversary cements the importance of connection to the land 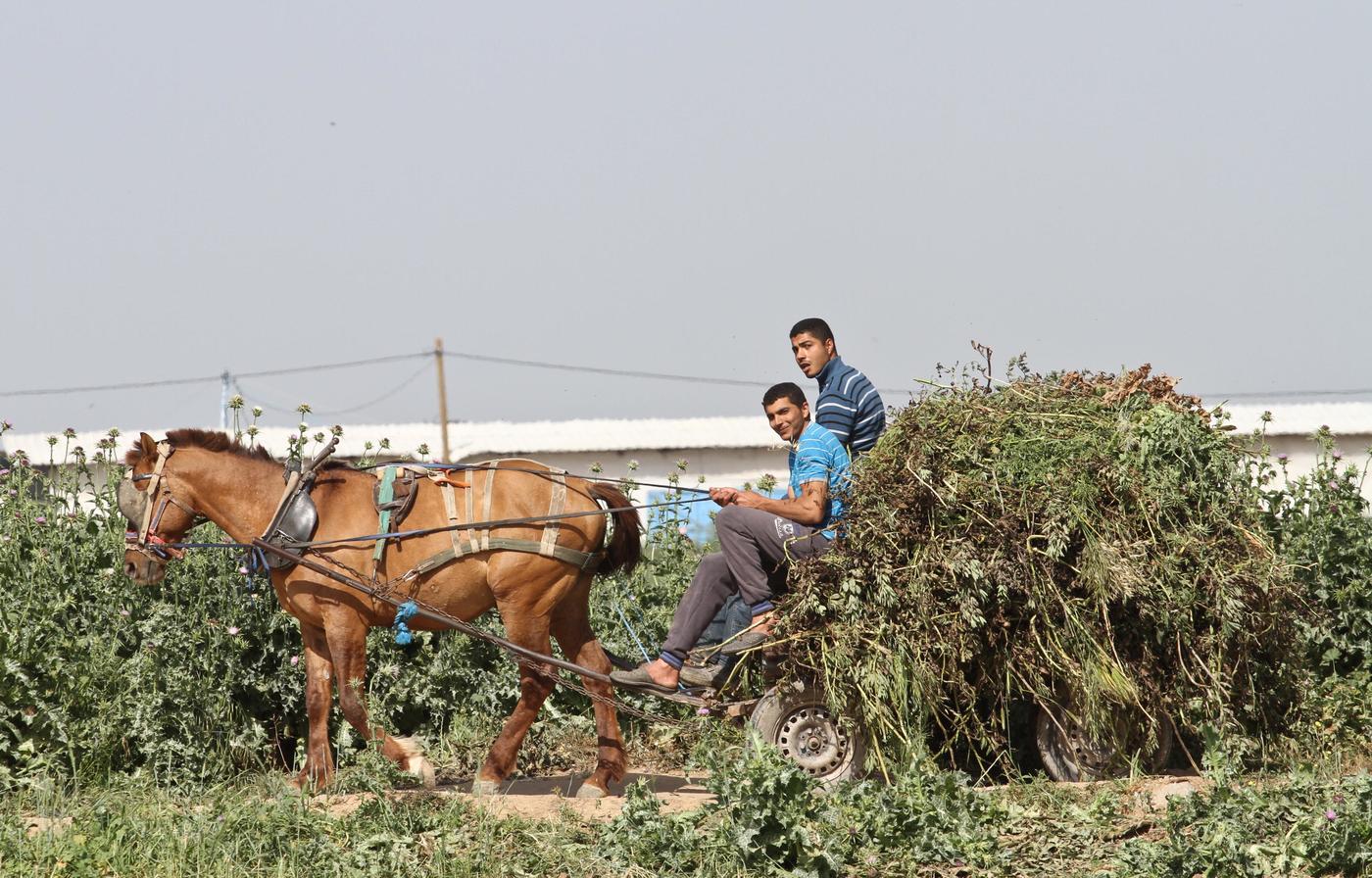 Thousands of people in the Gaza Strip have taken to the streets on Monday to mark Land Day. The anniversary stems from the original protest in 1976, when six Palestinian citizens of northern Israel were killed by Israeli troops as they demonstrated against Israel’s theft of their land. Ever since then, the commemoration has become an important symbolic day of action across Palestine.

Living in Shejaiya, a few hundred meters from Israel’s military segregation fence, 61 year old Hassan Farraj can see the Israeli watchtowers and soldiers watching him, but he refuses to be intimidated.

Standing under the hot sun with farming tools for his young fig and olive trees, Farraj said that Land Day is one of the few dates that unites Palestinians wherever they are and makes them aware of the bigger problem at hand: the Israeli occupation.

There was a fleeting moment when he felt defeated, when an Israeli bulldozer previously crashed through all his olive, fig and citrus trees and his land became close to receiving a "buzz-cut," shaved down to its roots by Israel’s jagged tank blades, as his neighbour says.

Yet, the determination of this man tells the whole story of remaining steadfast on his farmland.

“All days to us are land day,” he said. “The land is life, and if you leave the land, you leave life.”

“No one knows the amount of destruction here except those who knew the green paradise we had before,” he laments.

A large part of Shejaiya was once fertile farmland filled with all types of crops, vegetables, palms trees, copious citrus trees, grapevines and livestock-that until Israel destroyed most of the neigbourhood during last summer’s offensive on the strip.

“In one night, it was turned into ruins,” Farraj said.

Farraj is determined that the land must be planted again and insists that he will never neglect or abandon his land no matter what obstacles Israel put in his way. This includes stealing the water that irrigates his land.

Not far from here stands Abu Baker al-Batniji, amid the ruins of his farmland. As he holds up branches of olive trees uprooted by Israel’s army, he remembers how he used to own “700 beautiful olive and citrus trees”.

He tells his nephew, 8 year old Ahmed, that life will continue and he will continue to nourish the ground, replant the trees, and never turn his back from the land he loves and tends.

“If they destroy one tree, we will build two, right Ahmed?” he tells his nephew.

Despite acknowledging that life has become harder following Israel’s destruction of their farmlands in Shejaiya, Batniji asserts that people who truly love land will never destroy it.

“We never forget or abandon the land -  neither the land we live on now, nor the land we inherited from our ancestors, and we will return,” he said.

“Palestinians own the land, and it is the passing invaders who must leave the land to its original owners,” his cousin Jaber al-Batniji added.

Abu Baker al-Batniji says that he could not even describe the sadness that he endured after the last war destroyed his land.

“We had olive trees that were 200 - 300 years old,” he recollected. “They are history which has been uprooted from the ground, but never from our hearts.”

“The more destruction we witness, scars we experience, blood that is shed and the more we hear drones buzzing over our heads, the more we will stand fast on our lands,” he says, as he clears and turns his soil for new olive trees to plant in the bulldozed land.

Following the war, his nine year old son had asked what the reason for destruction and killing was, why his uncle had been killed, and why his grandfather’s home and farmland were levelled to the ground and destroyed.

“The answers we give our children try to explain how our grandparents were forced to leave since 1948 by the people of Israel who still want to take all our lands just for themselves,” Batniji said.

Land Day is observed by all within the coastal enclave of Gaza, West Bank and the Palestinian community in Israel.

Mohammed al-Arraier stands on 20 dunums of land that he leases, close to Israel’s military buffer zone where Israeli soldiers have shot at agricultural workers before, in what is considered to be one of the most dangerous areas.

“This is my home, and I have nowhere else to go,” he insists as he and his six workers use a donkey cart to spread fertilizer on the ground.

His land will soon be planted with tomatoes, and then he must move closer to the buffer zone in order to plant watermelons that should be ready for the summer. The ground emits the scent of fertilzer as he prepares his water reservoir for the new season of tomatoes.

“I realise it’s a gamble, but you must realize our love for the land, and dedication to life, is worth the risk,” Arraier remarked. 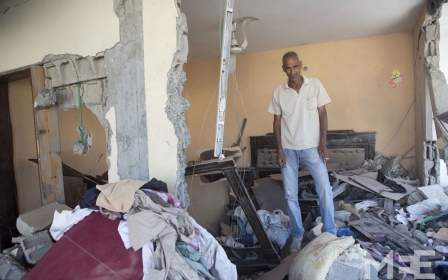 Gaza Under Attack
In pictures: A life amongst rubble in Gaza's Shejaiya 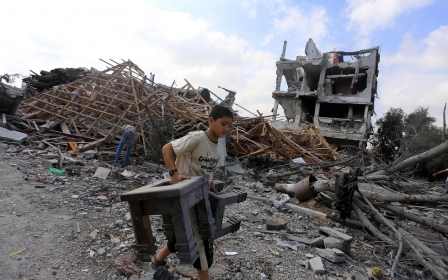 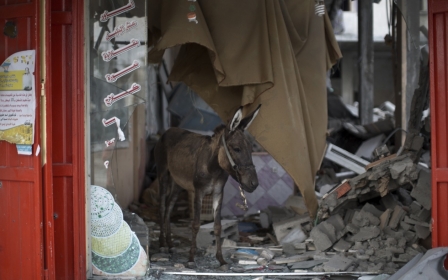