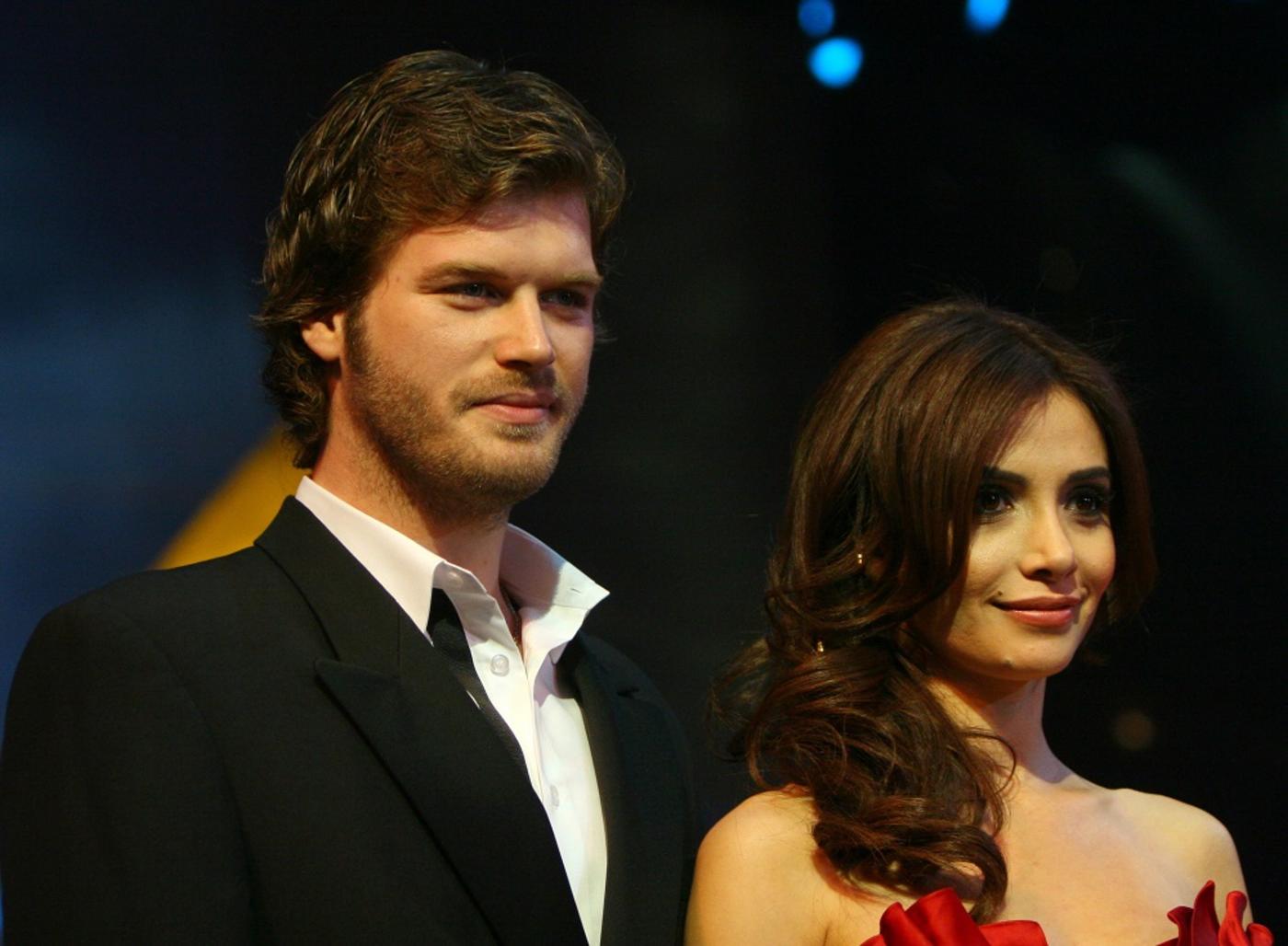 Turkish actors Kivanc Tatlitug and Songul Oden pose for a picture at the Cairo International Film Festival in 2009 (AFP).
By
AFP

Featuring heartthrob heroes, emancipated heroines and picturesque scenery, Turkish television drama series have taken the world by storm, gaining faithful audiences in dozens of countries across Europe, the Middle East and even the Americas.

But life on the sets of the dramas - with episodes that can last up to three hours in series of up to 50 parts - is not all glitz and glamour.

It is fraught with gruelling work, with crews routinely clocking 15 to 18-hour days at the expense of their families, their health, and even their lives.

"The worst day I ever worked on a show was 27 hours, " young Turkish actress Elif Nur Kerkuk told AFP. "It was like going back to slavery."

Kerkuk recalled how last year after 24 hours of shooting in central Turkey, the whole crew was piled on a bus and taken to Istanbul for another day of filming, with neither time to sleep nor prepare.

'No respect for life'

A number of fatal accidents have prompted unions and actors to organise an industry-wide movement to put pressure on production companies and government to improve standards.

Selin Erden, a 26-year-old video assistant for the hit teen drama Arka Siradakiler (Those at the Back Row), died tragically when the set's sleep-deprived truck driver hit her during a cigarette break.

"Everything that your mother ever told you not to do when you were growing up, in our industry you crumple it up and throw it out the window," said Tilbe Saran, actress and secretary general of Turkish Actors' Union.

The union has been keeping a list of dangerous situations since the 1980s that have arisen from eager producers pushing the boundaries of safety: runaway trains, helicopter crashes, out-of-control explosions.

"Only in third-world countries do people work like this. But this is the 'Turkish way' of working: No supervision, no safety measures, no respect for life," Saran said.

In January, the labour ministry classified drama sets as "dangerous" workplaces, following street protests from the community, including some of Turkey's most famous actors and actresses.

The decision means that the sets will now be subject to inspections at regular intervals determined by the level of risk and will be required to employ safety experts and doctors.

But all set workers are employed as freelancers, meaning they lack insurance and production companies are not culpable when an accident or a death occurs on the set.

According to a 2014 report by consultancy firm Deloitte titled "World's Most Colourful Screen, TV Series Sector in Turkey", Turkish dramas reach up to 400 million viewers in 75 countries.

One incentive behind the long duration of the episodes is to reduce the total production cost when exporting a TV series, the report said.

A Turkish TV series episode lasts for around 150-180 minutes including ads, up from 45 minutes only a decade ago. This is also much longer when compared to Western standards.

Since 2004, when the television watchdog RTUK declared a minimum of 20 minutes between ad breaks, the channels have been lengthening the durations of TV series to make up for lost income.

"It's a vicious circle: the more popular dramas get at home and abroad, the more famous actors become per episode and the longer the episodes get," said Zafer Ayden, the head of the Turkish Cinema Workers' Union (Sine-Sen).

Since the producers of the TV series are essentially subcontractors of broadcasters, productions are prone to be cancelled immediately. Around 50-70 TV series are launched per season, and more than half are cancelled in the same season, mainly due to low ratings.

"Some people lose a lot money in this business, while others make millions. But in the end, it is blood money," Ayden said.

Last year a number of TV actors including Kenan Imirzalioglu, who stars in the popular Turkish drama series Karadayi, were briefly detained in Istanbul on drug charges.

Most of the detainees admitted to drug use, saying that exhausting schedules pushed them to take drugs.

Imirzalioglu announced last month that after the finale of Karadayi, one of the longest-running TV shows in Turkey, he will no longer appear in a television series until the working conditions on the sets change and the length of an episode is reduced to 60 minutes.

Bracing himself for another long day on the set, Altan Donmez, the director of the TV series Seref Meselesi, adapted from the Italian drama "Onore e Rispetto" (A Matter of Respect) admitted to pushing his own crew too far.

"This is because we cannot shoot the episodes in advance for fear of cancellation. In order to produce a 140-minute episode, we have to work up to 16 hours a day for six days," Donmez said.

"We should all ask for humane treatment of humans," he said, putting the blame on the TV channels who want to air more advertisements during the shows. Culture
Film festival on the frontline of a conflict over memory 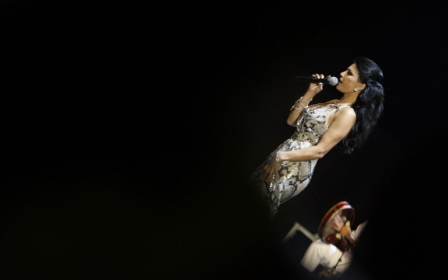