Despite the change in government recently, southerners remain unconvinced it will do much to ameliorate their situation 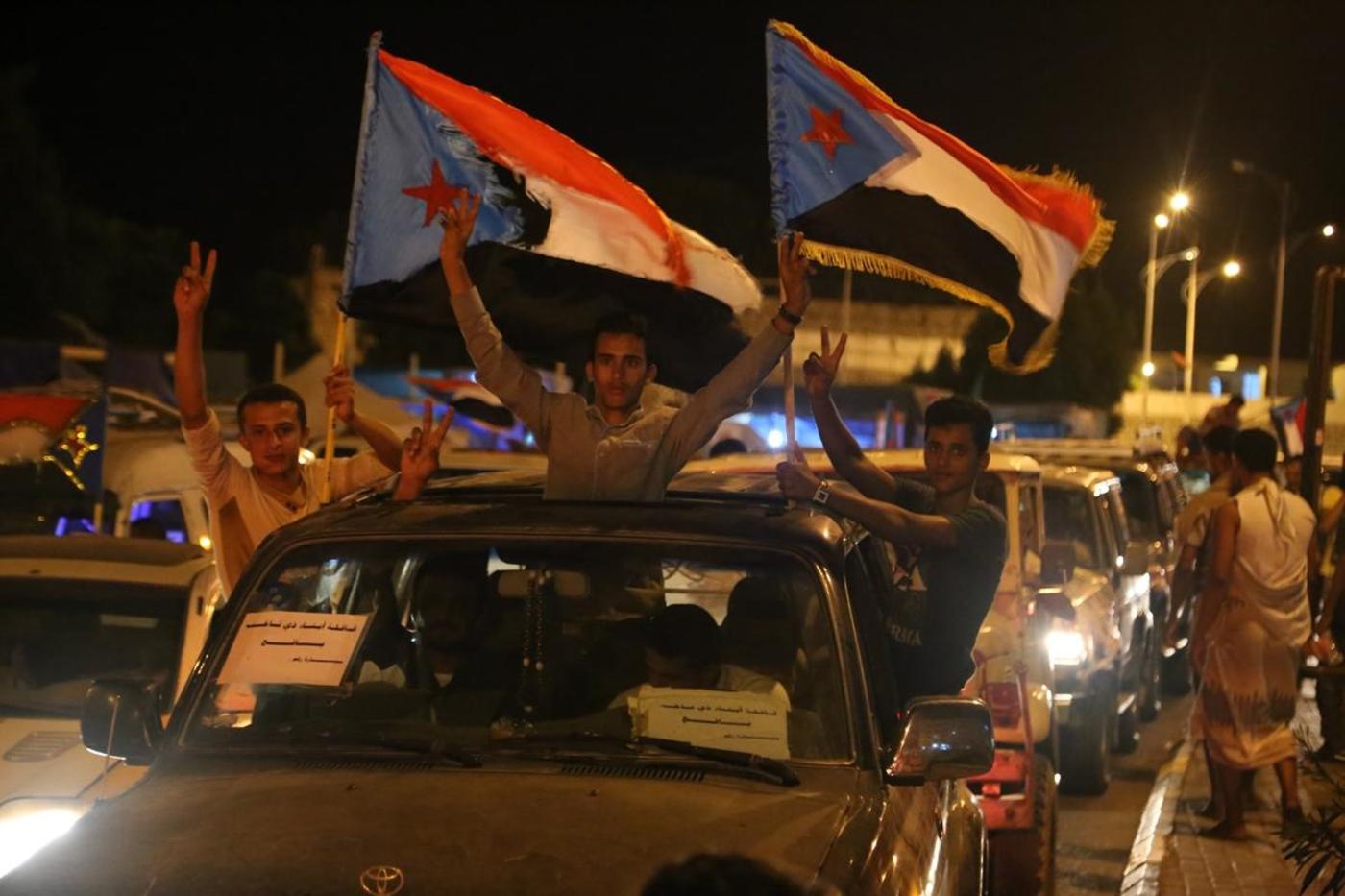 Bayumi Murad was the former general of the Ministry of Interior in Aden in the early nineties. After the north defeated the south in the 1994 civil war, Murad was forced out of his job.

That same year, he travelled to Sana’a to find work, but recounts, “once the country unified and Saleh formed the government, none of the good positions were given to the southerners.”

Despite his former experience of working in tourism and the military, he was compelled to work as a tour guide. “There was nothing for us,”he said, “unless you belonged to the same tribe as President Abd Rabbu Mansour Hadi.”

In his late sixties, Murad relies on the support of his family and friends to stay afloat.

Similarly, stories of deceit, plunder, and loss of agricultural land are not rare in the south.

After intensive clashes in the capital between Shiite rebels and the government in late September, Sana’a unexpectedly fell into the hands of the rebels. The militiamen usurped state institutions, schools, museums, and the first armoured division, the largest contingent in Yemen’s military, led by General Ali Mohsen al-Ahmar.

The Houthis’ rampage into Sana’a and other parts of the country was the final straw that led the southerners to escalate their demands for secession on 14 October, in al-Arood Square, Aden. Since then, the protests spread to Hodeida City in the same province and Mukalla City in Hadramout.

Southerners have now set 30 November as a deadline for the northerners working in the civil, military or security forces to leave their positions and return to the north, the same day the south gained independence from the British in 1967.

The division of Yemen into north and south can be traced back to a time when foreign powers - Ottoman empire in the north, and the British in the south - were vying for crucial sea trade routes to advance their economic interests.

The southern border was then demarcated by the Anglo-Turkish Boundary Commission of 1902-1905, however details of the ratification still remain obscure.

Even today, after several bloody wars, and the unification of the north and south in 1990, southerners’ claimed unity has been nothing but ink on paper, while they continue to be politically and economically marginalised.

The Southern Movement (al-Hirak al-Janoubi) has been staging peaceful demonstrations and protests since 2007, calling for independence from the North. Their calls were met with violent force under President Abdullah Ali Saleh’s leadership.

In the first week of November, Yemen’s current president, Abd Rabbuh Mansur Hadi announced a new cabinet, including members of the Shi'ite Houthi rebels and representatives from the Southern Separatist Movement, a month after the signing of the Peace and National Partnership Agreement on 21 September.

Asked whether this would placate a possible separation, Bashraheel, editor-in-chief of the newspaper, al-Ayyam in Aden said, “The southerners are not amused by the formation of the new government, they just don’t consider themselves part of Yemen anymore.”

“It’s because the National Dialogue Conference and the Houthis, with their pack of lies have damaged trust to an irreversible point.”

In February this year, the presidential panel, led by President Hadi, approved a National Dialogue plan, initiated by the GCC, and backed by the UN, to divide the country into six autonomous regions. A day later, the plan was rejected by Houthi rebels, stating the wealth of the country was unfairly split between the regions.

“Nothing has happened. We continue to live in limbo about our uncertain future,” said Bashraheel.

“We have been without a representative in the government for years, the question of separation is inevitable.”

On 31 October Abdul Malik al-Houthi, leader of Ansar Allah, called for unity with the south in a rally that was attended by about 30,000 tribal leaders in Sana’a. In the same speech, al-Houthi said they would give up their government quota for the Southern Movement.

But, Ahmed Mohsin, a member of the Southern Movement said, “People in the south dislike unity, and the north can do nothing to change our mind.”

“I’m not sure how they [the Houthis] thought relinquishing their seats in the government would make the southerners forget about our struggles.”

Murad, who shared a similar view to Mohsin said, “After the unification in 1994,  they wiped us of our oil, agricultural land, natural resources and everything,” referring to President Ali Saleh’s rule for more than 30 years.

“Despite educating my children to university level, jobs are far and few. My three sons work as taxi drivers,” she said.

But not all southerners are keen to separate, with some considering it a foolhardy move.

“We don’t have enough resources, administrative power, military support,” said Bilal Gulamhussein, a historian and writer based in Aden.

“If there is a federation for five to 10 years, we can gradually get up to speed and eventually separate,” said Gulamhussein.

Gulamhussein suspects that there is another reason why protesters are gathering from neighbouring provinces such as Lahj, Abyan and Hadramout; their forefathers once ruled the regions, but after the unification they became powerless.

“They are hungry to return to power, similar to a time before the unification,” he said.

“The Southern Movement is just one group, but there are 67 other groups fighting for their voice to be heard.”

Likewise, Fras Shamsan from Aden, Founder of Fantime Cultural Foundation said, “Not sure how a separation will help, we Yemenis are one at the end of the day.”

Despite his desire to secede, Mohsin is partly divided on the idea, saying, “Of course, there will be problems if we separate. I’m a grandfather now, I’m not sure if I will get to see my granddaughter as often, since my family lives in Sana’a now.”

Houthis, al-Qaeda and future of the south

When asked how the southern situation is likely to unfold, Fernando Carvajal, US-based Yemen analyst and researcher, University of Exeter remarked, “The role Houthis have adopted has definitely shifted the balance of power.”

“Houthis are in no way interested in supporting any secessionist ambitions and have expressed commitment to Yemen's unity.”

On the other hand, Carvajal said (al-Qaeda in the Arabian Peninsula) AQAP’s approach is obviously to control all of Yemen someday.

“AQAP would initially benefit from secession, as the south is expected to fragment into at least four regions due to internal differences. AQAP remains strong in Hadramout, which wants to become an independent region without Shabwa, or southwest provinces,” he said.

The Yemeni political scene is far more complex than it seems. Many southerners claim that Saudi Arabia and Iran have been grappling for political, religious and military influence in the country.

“While Saudi is keen to separate, Iran doesn’t want to. But, both are vying for the Bab-el-Mandeb strait,” said Gulamhussein. The strait is a vital international waterway, connecting the Red Sea to the Gulf of Aden, transporting millions of dollars-worth of oil every day.

The Houthis advancement to Sana’a has undoubtedly threatened the Kingdom, despite Saudi’s close tribal allies and ties to the Ahmar family.

As southerners continue to debate the idea of federalism versus separation, much remains to be seen as the new constitution is being drafted by the Constitution-Drafting Committee which will be put to a referendum next year.

Shamsan sites an Arabic proverb, “Under the ashes the coal is still burning,” indicating that there is  no straightforward answer, even if it seems like there is one. 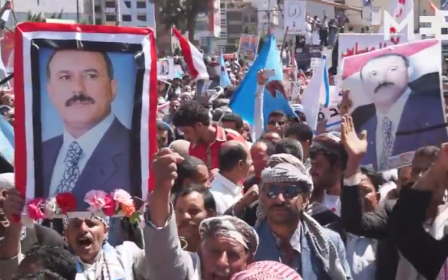 Inside Yemen
Video: Saleh supporters call on US ambassador and UN envoy to leave Yemen