The app has saved many lives and changed the mindset of citizens who thought donating blood was a long, tedious process 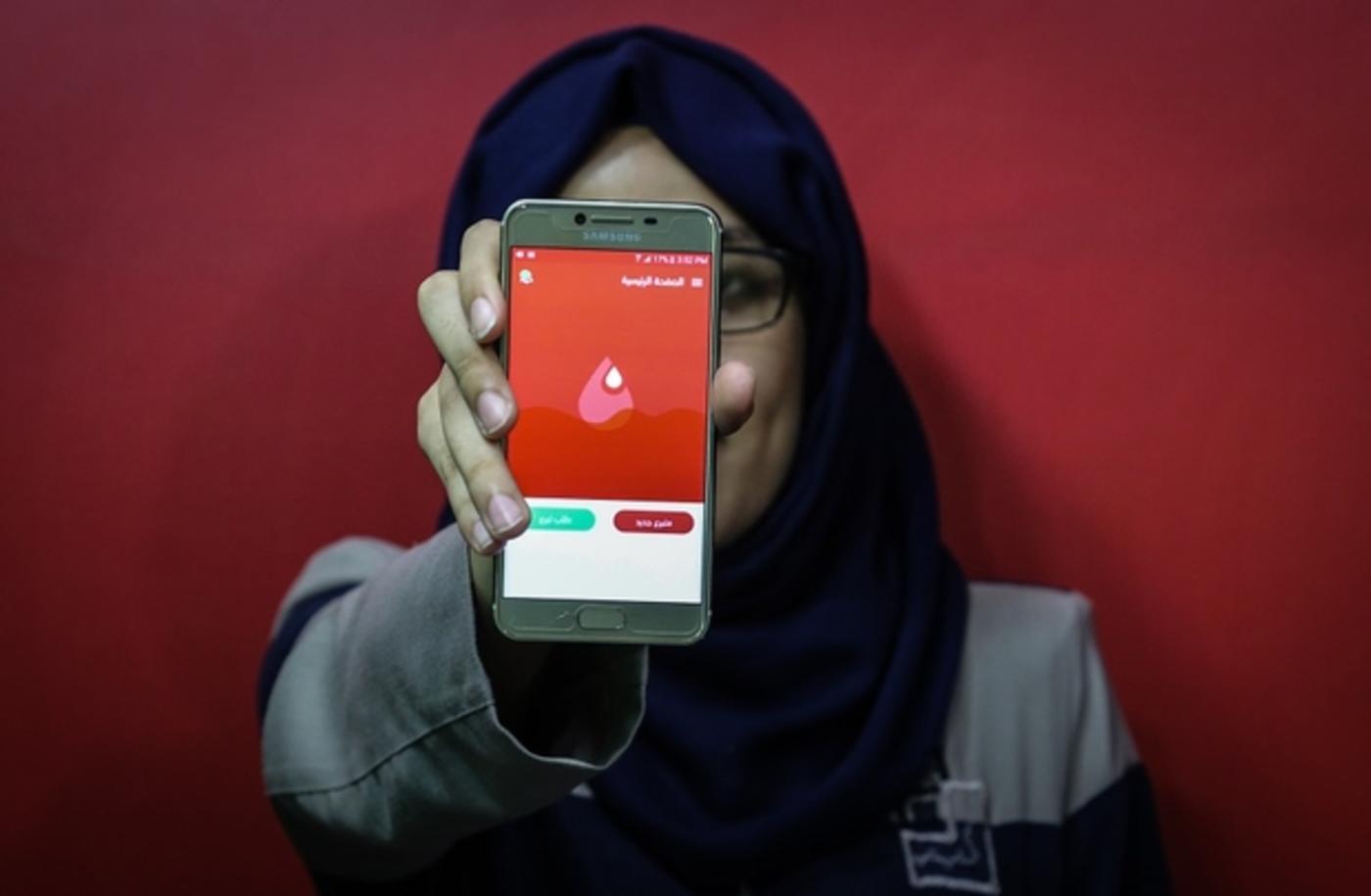 GAZA - Even in the Gaza Strip, where a siege imposed by Israel and Egypt has made daily life there an almost impossible feat for over a decade, technology has become an essential part of day-to-day life.

More and more Gazans are using technological advances to serve their communities and facilitate better living standards, and mobile apps have become some of the latest innovative tools.

The need for blood donations for the most vulnerable has long been an issue, especially in Gaza where limited health resources can create a large gap between people in need of blood and those willing to donate.

With this in mind, a group of four Palestinian men and women recently launched a new app called the Palestinian Blood Bank. With the tap of an icon on a smartphone, blood donors can now connect to those in dire need of blood.

Last month, 29-year-old Mohammed Abu Seedo got into a traffic accident. He was walking home when he was hit by a car and suffered a serious head injury and experienced heavy blood loss. He was transferred to al-Shifaa hospital, west of Gaza City, and initially the doctors could not find blood to match his AB positive blood type.

By using the Palestinian Blood Bank app, the hospital was able to contact a donor with the same blood type. All was resolved within a short time, when the donor came to the hospital to give his blood. Abu Seedo's surgery went well and he is now in a stable condition.

"I was hopeless about my condition. I almost gave up because I know that my blood type is rare. But what happened when I finally got a blood donor ensures that there is always hope," he told Middle East Eye.

Abu Seedo's parents exerted all their efforts and initially published several posts on social media calling on people with his blood type to donate, but to no avail, until the hospital found a donor through the app.

This app promotes the culture of blood donation

Ashraf Rizq, 24, had never donated blood before he went to al-Shifaa hospital that day to give blood to Abu Seedo. He used to think that the process was complicated and time-consuming. But he decided to sign up to the application because it only took a few minutes.

Three days later, a doctor from al-Shifaa hospital contacted him because they were in urgent need of AB positive blood type for Abu Seedo. Rizq was pleased with the experience, which did not take much time. He said that he would definitely do it again whenever he is needed.

"The experience was very special to me and I believe that using this technology is way better than the old methods used to encourage people to donate blood, as it saves time and effort," he told MEE.

Two young men and two women from local Gaza universities spent two months creating the app before launching it in July 2017. Some of the team members worked on design, others worked on marketing. The app can be downloaded for free on smartphones, making it accessible and easy to use.

“The app is free and we decided to implement this idea because it is for a good cause and it can help many people in the community, especially patients who need a certain blood type that they can't find in nearby blood banks," said Salam Doghmish, 22, one of the developers.

Doghmish, a graduate from the information technology department at the Islamic University in Gaza, explained that those who needed blood donations used to publish posts on social media and local radio stations asking people to donate blood urgently, but the app had made the process much faster and simpler.

According to Doghmish, the team visited most of the hospitals and centres in Gaza to provide them with the app. The Gaza Strip has 13 hospitals and 54 medical centres, which are running short on funds and resources.

Dr Hussam Qwaider, head of laboratories at al-Shifaa hospital, said that the app has saved many lives and has changed the mindset of citizens who thought donating blood was a long, tedious process."This app promotes the culture of blood donation," he said.

Qwaider explained that there were several occasions, when they received patients with a rare blood type that the hospital didn't have.

"After using the [app], we can find people with rare blood types and contact them at any time to donate blood," he said.

All blood donors are required to fill in personal information for a profile. This includes their full names, address and blood type. The blood donor's information is saved and those with matching blood types are notified with a text message when their blood type is needed. If they are available, they can accept the request and click on the donation button.

"A notification is sent to all blood donors who use the application and have the same blood type, and live in the same area and governorate. Anyone who receives the notification and would like to donate can press on the donation button, and a notification of the availability of a blood donor will be sent to the one who needs blood," Doghmish explained.

[The app] saves people’s lives, instead of publishing posts on Facebook and making random calls

Donations must be done through the hospitals and health centres to screen the blood for any diseases. They receive the contact information of the blood donor through a text message to facilitate the process.

According to Doghmish, app administrators are the only ones who manage blood donor details and they are committed to preserving the confidentiality of the information and ensure that it is not exploited or sold to any organisation or individual.

"In addition to organising blood donations, based on governorate, blood [type] and name, [the app] saves people’s lives, instead of publishing posts on Facebook and making random calls," said Qwaider. Religion
Ashura in Lebanon: Donating blood rather than spilling it 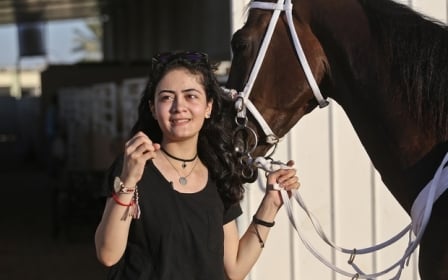