Despite signs that widespread violence may be returning to Aleppo, artists are moving quickly to paint city walls 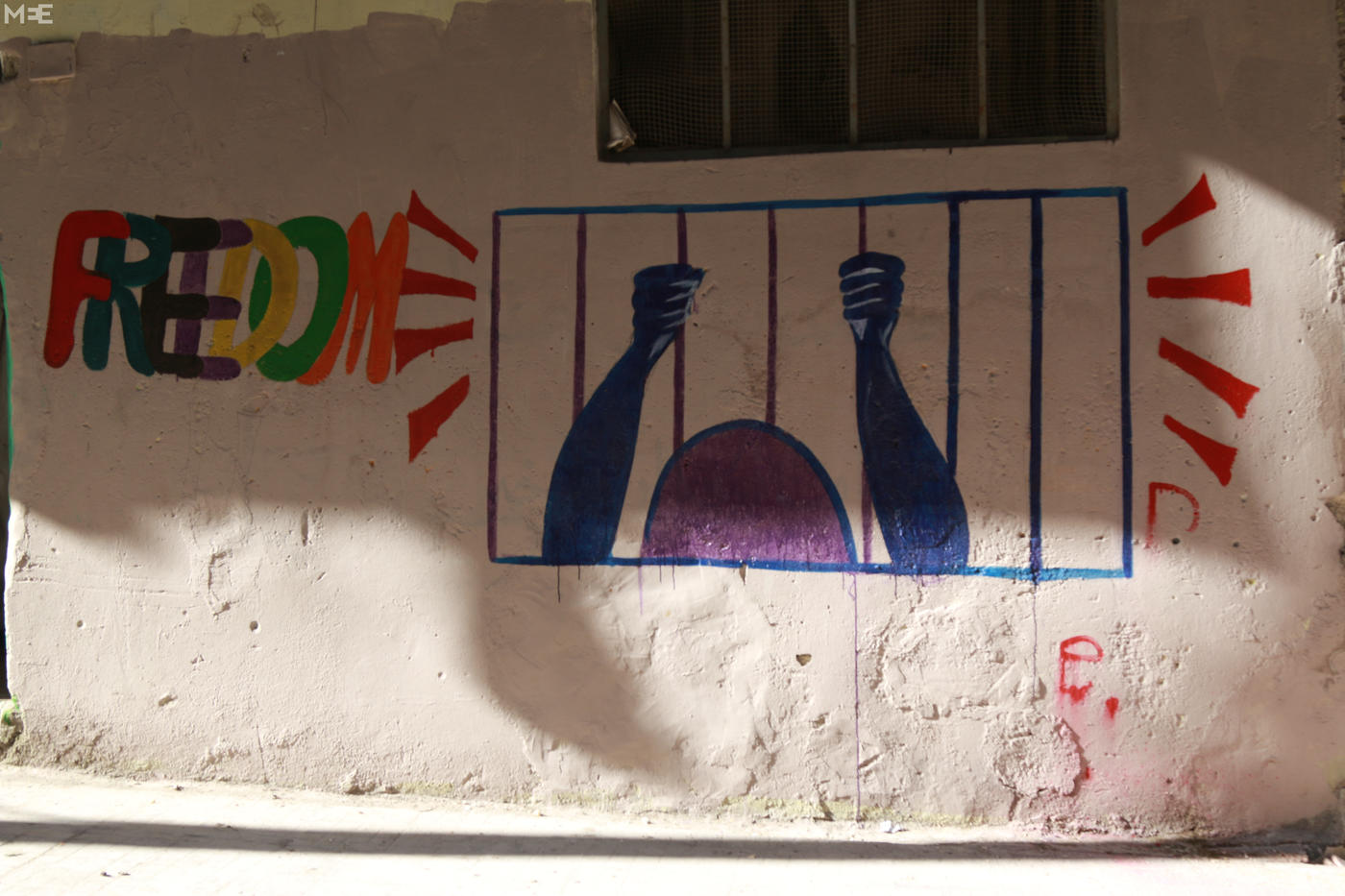 ALEPPO, Syria - The Salah al-Din neighbourhood sits in eastern Aleppo, a section of the city controlled by rebel groups. In a tale all too familiar in the country’s five-year-plus civil war, parts of the area have been destroyed, with bombed out buildings and rubble strewn around. But now you can also see something new and colourful emerging in Salah al-Din: art.

“My favourite painting is the one of two hands breaking handcuffs and freeing themselves from tyranny and injustice,” Salam Atrash told Middle East Eye in his workspace. In late March, a group of local artists led by Atrash began a campaign to paint walls in the neighbourhood and throughout eastern Aleppo. Painting symbols of the revolution, imprisoned activists and destruction in the city, they aim to bring colour back to Aleppo, as well as to promote the ideals of the Syrian revolution on the city streets.

Despite signs that widespread violence may be returning to Aleppo for the first time since the late February ceasefire, Atrash and his band of painters are moving quickly, and largely undeterred, in painting the city walls.

Atrash is not only a painter, but a “revolutionary,” as he describes himself. He hails from Salah al-Din, and lives among his recent work. He leads a team of several young artists in the ongoing project.

The paintings focus heavily on the Syrian revolution and subsequent civil war, the effects of which are front and centre in Syria’s largest pre-war city. Numerous paintings show people behind bars. “The paintings aim to remind people of those imprisoned by the regime. People have forgotten them,” said Atrash. "We want all of them free now," reads one of the walls in English.

Others offer explicit support for the 2011 revolution. “I want to depict the essence of the Syrian revolution, the revolutionaries on the ground, and also hope and optimism,” he said.

The artists paint the violence and warfare of the world they live in as well. “The paintings commemorate the bombing which came upon the city and destroyed part of it, and also the deaths of children and the emigration of residents,” Atrash said.

Atrash leads a group of painters who are similarly committed to the principles of the revolution. “These paintings are a powerful way for us, as activists since the start of the revolution, to express what we’re thinking,” Anas Shabuk, one of Atrash’s associates, told MEE.

The paintings are more than activism through art, however. For Shabuk, they are a way of escaping the dangerous reality of life in Aleppo and re-entering the past era of peaceful protests before the war got out of hand. “When I paint, I feel as I did when I was outside at a protest,” he said.

Atrash and his fellow painters hope to paint as much of the city as they can, purposefully moving quickly from wall to wall in Salah al-Din and beyond. Farouk says their friends and other activists give them small sums of money to help pay for supplies.

In the weeks after the ceasefire that began on 27 February, Aleppo saw reduced violence, although violations have been reported throughout the agreement’s existence. The ceasefire excluded militant groups such as the al-Nusra Front and the Islamic State (IS).

During the week of 11 April, violence appeared to increase in Aleppo as barrel bombs struck the city. This came amid advances by the Nusra Front south of the city and reports that forces loyal to Syrian President Bashar al-Assad were preparing an offensive to regain control of Aleppo.

For Atrash, though, if war returns it will not deter him. “I will keep painting to commemorate the Syrian revolution, even during the bombs.” 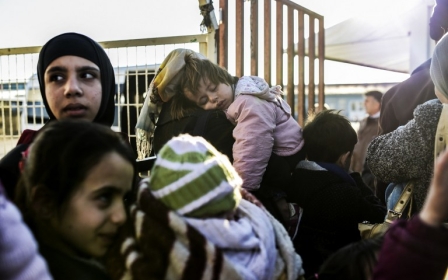 Syria War
At least 30,000 Syrians flee clashes between IS, rebels in Syria: HRW