The rise of Egypt’s solo-activists

Due to state repression, Egypt’s revolution has shifted from a collective battle to an individual fight for awareness and social action Nada El Shanawany, 25, said that for years she didn’t much care for politics. At least that was until, like millions of other young Egyptians, she found herself in the midst of a revolution. Then, all of a sudden, she was thrust into a new reality and was hooked on how people could mobilise to change things for the better.

“There was so much in Egypt that needed to change, and for a moment it seemed that we were so close to making a real difference,” said Shanawany, who joined the masses in Tahrir Square to demand the resignation of former President Hosni Mubarak in January 2011.

While the protests were ultimately victorious, and Mubarak was forced to step down, almost five years after Egypt first stood up to their government many of the revolution’s aims have been undone. Many activists and political opponents have been rounded up and imprisoned, NGOs have been targeted and political parties banned. A former military man, Abdel Fattah al-Sisi is in power, and arguably ruling Egypt with a heavier hand than his predecessor.

“The revolution has failed,” Shanawany said. “The government doesn’t think about us, the people. That is something we have to do for ourselves.”

Shanawany, like a growing number of Egyptians has therefore decided to take matters into her own hands.

A few months after she finished her degree in Marine Biology in 2014 Shanawany and her friend Mahmoud Elsharkawy began Baware, a small organisation working to raise awareness about marine life and conservation.

“There is no government policy when it comes to marine [life],” Shanawany told Middle East Eye. “The government doesn’t feel the urge to inform its citizens so I deeply believe that I can make a difference here.”

“There have been big projects such as bringing artwork under water in order to promote tourism, but these projects are often harmful for underwater life,” she added.

Instead, her initiative aims to inform Egypt’s divers about the environment in hopes of creating a more sustainable tourism industry. She is already in the process of arranging dives with several groups to go out and clean up the sea.

Shanawany is not the only one trying to carve out some kind of space in the new Egypt which touches on the reform aims of the revolution while not necessarily opening themselves up to retribution from the state.

Amira Khalil, 27, who lives in Cairo, says that the revolution taught her to fight against injustice, a struggle she aims to continue for many years to come.

“I had forgotten who I was and what I stood for,” Khalil said. “During the revolution and shortly after, I had been dragged into that collective battle for change, forgetting about my own individuality.”

But as the revolutionaries began to grapple with the realities of power, and the unity seen in the uprising’s early days began to fade, Khalil said she moved away from the movement.

“All we stood for was jeopardised. I couldn’t recall what I had wanted in the first place,” she said. “When the collectiveness to topple the president was no longer needed, I had to search for myself all over again.”

After a while Khalil, a data analyst, decided that she could put her skills to use by analysing government budgets, and reporting anomalies to NGOs.

She believes that this kind of approach will help weaken the state and security apparatuses which she says had been trying to undermine the revolution from day one.

“Their [the security service’s] plan was designed long before we could even realise it,” Khalil said, while stressing that current leadership is merely a new face for the old Mubarak government.

“We’ve all taken to the streets, and kicked out a dictator. But once he left, a new one was being prepped,” Khalil said.

“It was to the army’s advantage that our first democratically elected president was a man from the Muslim Brotherhood. They knew that the Egyptian people would not tolerate abuses and thus not hesitate to take to the streets again. A perfect moment to introduce a new hero.”

Like many former revolutionaries who came out to Tahrir Square at the height of the revolution, Khalil has now moved from downtown Cairo to the suburbs, far away from Tahrir and the heart of the revolution. They say they like to be away from the memories and in a space where they can experiment with different avenues for change.

According to Human Rights Watch at least 41,000 people have found themselves behind bars and hundreds of death sentences have been passed, acting as a constant reminder as to what happens to those who dare to stand up to the political leadership.

“We’ve, unfortunately, learned that uniting us only causes more trouble and it endangers us,” Khalil said.

Kirolos Nathan, the deputy director of the Cairo Liberal Forum, says he has seen a trend of individual action blossom in place of the mass action of the revolution's early phase before the clampdown that followed the overthrow of Morsi.

“Collective actions are shut down with force. There is nothing left for us but waiting for a new political momentum against the leadership," he said. “Meanwhile we are all working at an individual level in order to be ready to mobilise again if another moment, like the 25th of January 2011, arises."

As a result, opposition has become more subtle, but those who continue to strive for change in their own right insist that the revolution isn’t entirely dead.

By making the Egyptian society conscious – by either highlighting abuses like Khalil does or informing them about the abundant natural resources which Egypt possesses like Nathan - the revolutionaries like to think they are keeping the state on its toes.

Nada shows how valuable the sea is, trying to inform and educate Egyptians that they should take care of it. Khalil researches the use of public funds in Egypt, particularly how much is supposed to be made available for social housing, but how year after year the promised budget isn’t reached. By contrast, he says, the figures show that for housing compounds for wealthy Egyptians, funding is plentiful – several times the money promised for social housing. Exposing this glaring disparity helps build momentum for change, he says.

The list of these smaller initiatives is endless: Aynbicyle, which campaigns for bicycle riding on public highways; Nawaya, which supports independent small farmers; Alashanek Ya Baladi which focuses on socio-economic development; and Basma, which campaigns against sexual harrassment.

It is a network that has developed into an almost invincible force in a society where individuals are deprived of personal values, creativity, freedom and public space. For the generation of 2011, the hope is that like all totalitarian regimes, Sisi's, like Mubarak's and even Morsi's, is doomed to fall apart.

“During Morsi’s horrible presidency, Sisi’s popularity was the greatest,” Hicham Ezzat, one of the revolutionaries, says. “But after the Rabaa massacre, his popularity halved. Until today, his popularity diminishes every day…” Together with many others, Ezzat is waiting for the moment when Sisi’s popularity reaches zero. Revolutions are unpredictable, so no one knows if Sisi will ever face an uprising like his predecessors, but one thing is sure: the opposition exists and the revolution is still alive.

“All public space is taken away from us. We have no right to protest or gather in the streets," says Ezzat. "The only way to show the government that we’re opposing them, and that we won’t keep silent, is by having our own small initiatives. Step by step, little by little, we are becoming more and bigger. Eventually they will have to listen to us again, even is it's not through protests.” 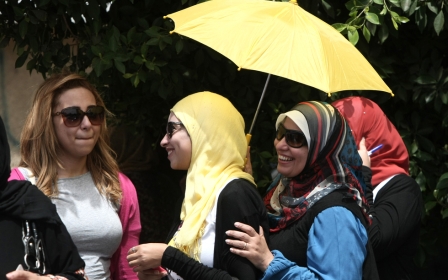 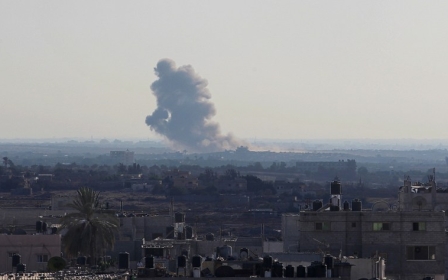