Sanaa Seif: A symbol of the revolution 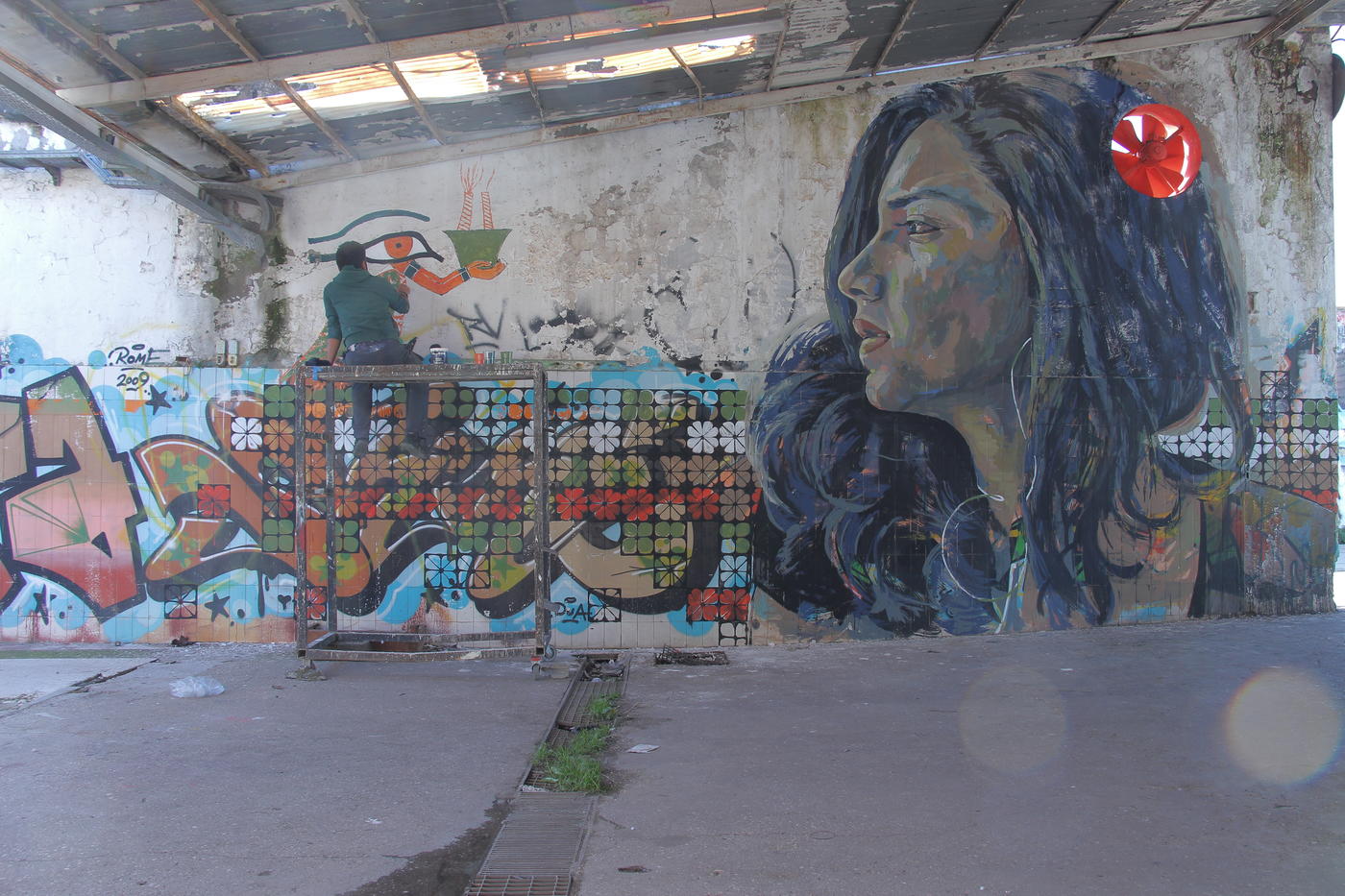 When Egyptian artist Ammar Abo Bakr received an invitation from the Metropoliz Museum of the Other and Elsewhere in Rome to speak about the role of art in the Egyptian revolution, he knew exactly what sort of art he wanted to showcase and why.

The former assistant lecturer at the Faculty of Fine Arts in Luxor is well known for his street art depicting elements of Egypt’s 2011 revolution, and his graffiti covers several walls in Cairo and elsewhere. He wanted to draw attention to one particular young woman who has become an almost iconic symbol of the revolution, Sanaa Seif.

Sanaa Seif was 17-years-old when the revolution burst onto the streets of Egypt in 2011. She was not really experienced with being in large gatherings or demonstrations but she was soon to become, to many Egyptians, a symbol of resistance and revolutionary spirit.

“I’ve known Sanaa since 2012 and I quickly noticed her energy and her kindness when dealing with people. She belongs to what I call the pure revolutionary generation,” says Abou Bakr. “She is one of the best examples of a true Egyptian revolutionary.”

Sanaa is the daughter of a prominent human rights lawyer and activist Ahmed Abo Seif, who died in August, and she belongs to a famous and very politically active family.

Her father defended human rights, workers and political activists and was the founder of the Hisham Mubarak Law Center, which provides legal assistance for those who can’t afford to pay for their legal fees.

Sanaa's mother, Laila Soueif, is a professor at Cairo University and a leader of the 9 March Movement that promotes academic freedom in Egypt. Alaa Abdel Fattah and Mona, Sanaa’s brother and sister, are also well known within the Egyptian activists network.

But the family’s activism, which resulted in Abo Seif and Alaa being imprisoned on several occasions, was one of the reasons why, growing up, Sanaa did not take part in demonstrations. She did not want to follow her parents’ lead, at least not at first, and it seems Sanaa does not consider the family activism per se what pushed her to take to the streets.

The first major protest she attended was a rally on behalf of Khaled Said, a young Egyptian who was brutally beaten to death by policemen in Alexandria in June 2010. Sanaa’s involvement in activism stemmed primarily from there, and she then developed a keen interest in the poor living conditions of her fellow countrymen. As with many other young Egyptians, she wholly embraced the spirit of the January 2011 revolution.

Sanaa was arrested on 21 June 2014 along with 22 other people for taking part in a demonstration against the controversial protest law that came into force at the end of 2013 and bans public protests that take place without police notification. In October, Sanaa and the other defendants were sentenced to three years in jail.

In the past four years Sanaa’s face, more than her family name, has become a symbol to revolutionaries who were part of the Tahrir Square protests in Cairo. Her endless groundwork during and after the revolution gave her the respect and the gratitude of the people.

Abo Bakr recalls how she was “always busy helping people, giving them food or water, or assisting them in jail”. While her mother, Laila Soueif, told the Egyptian newspaper Mada Masr how Sanaa used to carry people shot by the army and the police to the hospitals, looking for any friend with money or a car who could help her.

Her beauty, youth and strong character, associated with the hardship that she and the other prisoners are facing, exemplifies to Abo Bakr the deterioration of human rights and freedoms in Egypt.

“This is not a piece of art,” he said of his mural, “This is a message to the people. It is to remind them how awful the situation in Egypt is right now,” Abou Bakr said after he applied his first few brush strokes to the wall.

Moving frenetically on a six-metre-long and four-metre-high wall, Abo Bakr moved up and down the length of the painting on a small and unstable scaffold, regularly shifting his eyes back to the black and white picture of Sanaa printed on several sheets of paper scattered on the ground.

“The picture was taken on a train by a mutual friend, and it has been chosen by the ‘Free Sanaa’ movement,” says Abo Bakr. “What I want is to give my contribution to this movement because Sanaa is a friend and we have to explain, through her experience, what happens to other Egyptians.”

Hundreds of people around the world have shared their pictures on the Free Sanna Facebook page, showing themselves with a stylised image of Sanaa above the written tags #FreeSanaa and #NoProtestLaw.

Before she was arrested, Sanaa worked in an independent newspaper she created with her friends and which aimed to give a voice to the people. She also developed a keen interest in film-making and contributed as documentary editor to the Oscar-nominated movie The Square.

On 21 June this year, Sanaa held a protest in front of the presidential palace demanding that the government release all political prisoners, including her brother Alaa, and remove the protest law. “The rally point was next to the Ahram metro station in Heliopolis, just a few streets from the presidential palace, but the march only lasted a few minutes before the police decided to severely crack down on it,” says Egyptian activist Mohanad el-Sangary who took part in the protest.

“We were attacked after just 15 minutes by security forces, plain-clothes policemen and pro-government thugs, labelled by the state as honourable citizens, and they started arresting people randomly, looking for any suspect close to the area.”

Sanaa’s lawyer, Taher Abou el-Nasr, said all the arrested protesters have been charged with several crimes, including organising an unauthorised protest, damaging public and private properties, show of force and use of weapons.

Sanaa has spent almost six months in el-Qanater female prison.  On 28 June, according to her lawyer, Sanaa began a hunger strike, which was only interrupted more than three months later as a result of the deterioration of her health.

According to Nasr, Sanaa is always asking about the conditions of the other prisoners and helps them as much as she can. “Even when all 23 were sentenced to three years in jail in October, she did not give up hope and the detainees now look at her as a leader because she truly believes in justice and freedom,” he said.

Despite several charges against all 23 defendants, there was considerable doubt regarding the validity of some of the charges. “The police report talks of some broken car windshields, destruction of street lights and pulling down of trees, but none of those people have been caught while doing these things,” Nasr said. “So far, the judge took into consideration only the crime of gathering to protest, and that is enough to charge people with damaging public and private properties even if there is no proof.”

But Nasr’s hope that Sanaa and all the other defendants in the Ittihadeyya case, named after the presidential palace in Cairo, would be released by the end of December have not been realised.  The appeal judgement, announced on Sunday 28 December, reduced Sanaa’s sentence and those of all the detainees to two years in prison with two years of surveillance upon their release, according to the Sanaa campaign Facebook page. 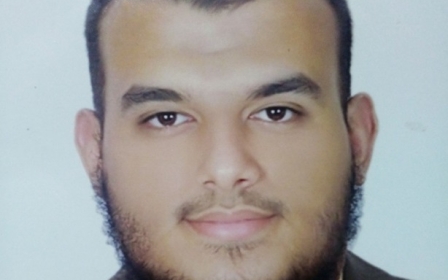 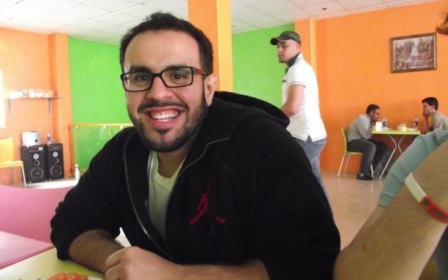 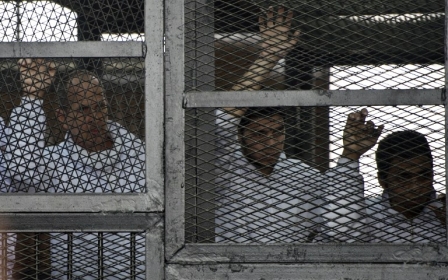