For women who have had to flee Yemen's cities, life in conservative countryside feels like 'prison' 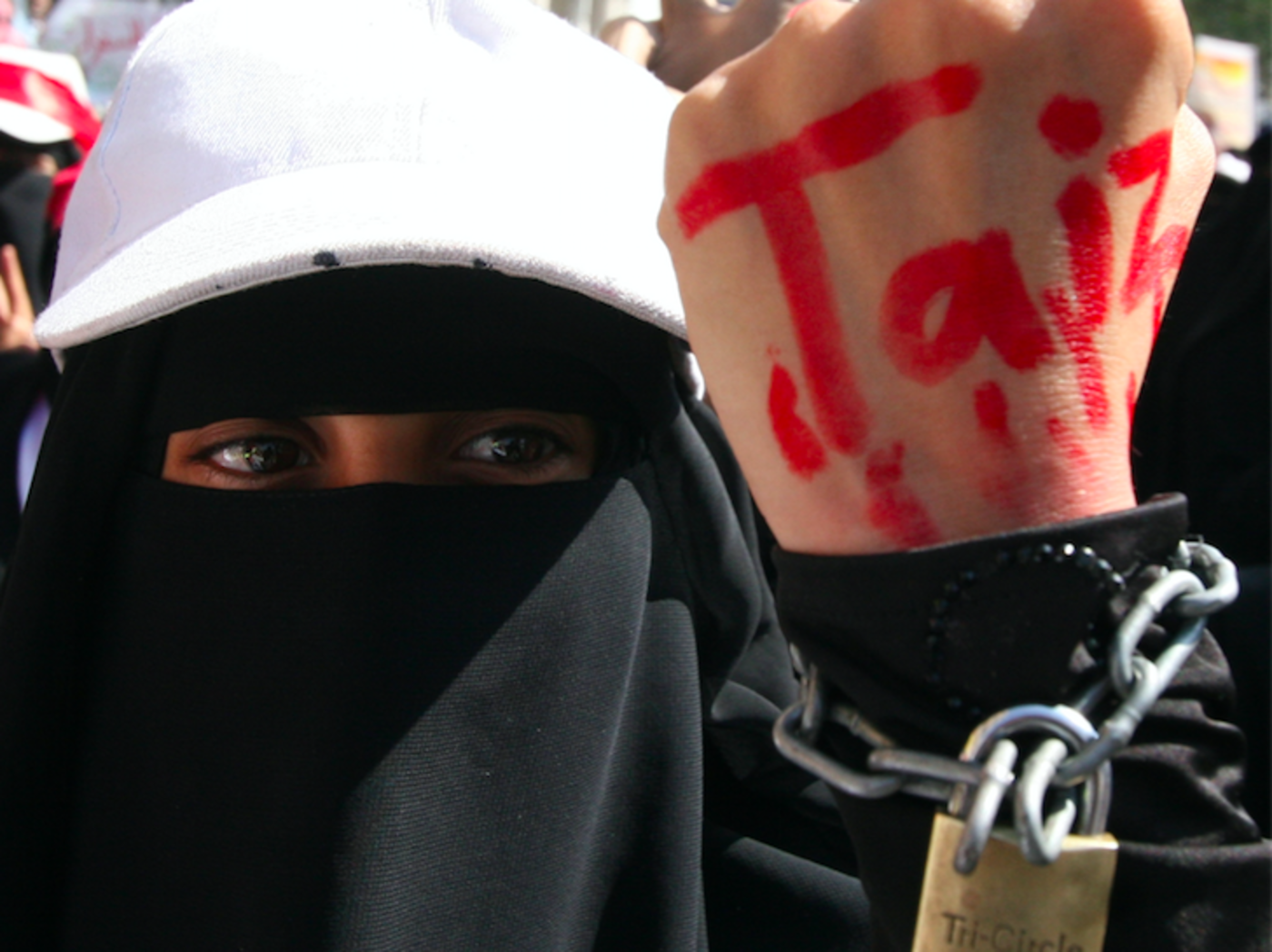 Like others of her kind, she wore clothes common to more liberal and fashionable Yemeni women, would go outside more or less when she wanted, and hung out with other female students also doing their undergraduate degrees at Taiz University, one of the country’s best.

As the eldest of five siblings, Soroori helped out around the house, but with an electric oven, washing machine and household appliances aplenty, this was never a burden.

But a year ago, as Houthi rebels inched closer and closer to her home, that all changed. Her family fled the city and took shelter in a makeshift camp in a school in the al-Safia area, 65 kilometres away.

The life they found there could not be more different.

The family was forced to leave all their possessions behind and Soroori’s father has not been able to work.

These days, just doing simple chores is a grinding ritual that lasts from dawn until after dusk. Instead of a stove, Soroori tries to cook meals in a makeshift oven she fashioned from two stones placed next to firewood. She washes the family’s clothes by hand in a large bowl in the school’s courtyard and says her hands have grown hard from the work. What she hates most is her total lack of independence.

"I’m finding it hard to adapt to domestic work without electric appliances, but the worst thing is that I cannot leave the camp,” Soroori said. “If I try to leave, I will find several youths waiting to harass me.”

As soon as she tries to step outside the gates, young men crowd around and either shout abuse or make inappropriate sexual advances, she said.

"If you leave the camp, especially in the afternoon, you will hear bad words and see obscene gestures,” Soroori said. “Once this happens, it forces you to stay in the camp and not leave again."

She said the clothes she wore so naturally in the city make her a target here. Many middle-class women in the city wear an abaya, a long Muslim dress that covers the whole body, but leaves the face exposed.

Traditionally, the abaya has been jet-black and very loose, but in the cities it has become more fitted and has increasingly been worn with different colours and designs. In the countryside, however, women still wear the more conservative abaya or other forms of dress that cover the entire face.

Soroori’s father, like other men with female relatives in the camp, has appealed to local tribal elders to tell the young men in the community to treat women from the city with respect, but their calls have gone unheeded.

Instead of chastising their sons, most men have opted to lash out at the women, saying that they dress and behave inappropriately.

"We went to the mosques in the village and told the religious people about this problem, but all of them were against the women and criticised their fashionable clothes and loud voices," he told MEE.

Since that day, he has had no choice but to tell his wife and three daughters to stay in the camp until they are able to return to Taiz City.

Soroori said that the city families largely reject this approach and think that local villagers have a skewed interpretation of Islam and Yemeni culture, but that there is little they can do to remedy the situation.

"This is not our area, so we have no choice but to be confined by the cultural norms of the rural areas,” Soroori said. “No one can help us here, so I have decided to stay in the camp at all times.”

“I know there is a beautiful bit of green land outside, but I cannot go out to enjoy it,” she added.

Even some of the women who either brought more traditional abayas with them or have been able to get some in the countryside have been unable to avoid the harassment.

Mariam Abdul-Qader, a 23-year-old who lives in the same camp, has resorted to wearing the same clothes as the rural women, but said local youths still recognise her by her sandals and shout abuse regardless.

"I tried to wear the same dress as the women in the al-Safia area, but the awful young men seem to recognise us just from the way we walk and even from the sandals we wear as I do not have the plastic shoes worn by the women here," Abdul-Qader said.

She added that oftentimes women from the camp, who have grown close over the last year, go out in large groups to try and avoid problems, but not even this has stopped the name-calling and aggressive harassment.

"I hate this atrocious war that drove us away from our houses and forced us to accept life among these savage people who don't appreciate our suffering,” Abdul-Qader said.

Local people have also grown frustrated and even angry at the new arrivals for upsetting age-old customs that have governed their rural life for centuries.

A local sheikh, Mohammed Gobah, told MEE that sexual harassment had regrettably become a major problem in area, but he blamed the “immodesty” of the city women.

"I had never heard of sexual harassment in this area and have only started to hear about it in the last year since the displaced people came here,” Gobah told MEE.

“This means that the displaced women are the reason and not our sons.”

He said that local women were respectful, wore conservative clothing and rarely left the house. When they did, they knew to be quiet and not disturb the male residents.

"I myself observed the displaced women, saw their immodest clothes, which cling close to their bodies, and saw them in the valley listening to music and laughing loudly,” he said. “It is this kind of behaviour that has attracted the young men to the area."

Gobah said the new arrivals had caused such an upheaval that he might have to see them removed from the school if they did not rein in the immodest behaviour of their women.

The situation has now deteriorated into a standoff from which neither side seems ready to back down because of the deep cultural and social rifts that separate Yemen's cities from its many villages.

"There is a social gap between the rural and urban areas and the disputes between the displaced and residents is a normal consequence of this gap,” said Fadhl al-Thobhani, a sociology professor at Taiz University.

“Because of this gap, the displaced women have to imitate the women of the rural areas to avoid any harassment.”

He said he saw no quick resolution to the crisis and felt the issue would only be solved once the war ended and people were allowed to return to their homes.

For city women trapped in rural life, however, that day seems an eternity away.

"I never thought I was destined to live a terrible life like this, which has brought me to this prison,” Soroori said. “I stopped my studies in Taiz University and fled to this camp, but people here don't appreciate our suffering and impose restrictions on our way of life.

“I always pray to Allah to free me from this prison."