A smugglers tale: funnelling guns and fighters into Syria

After providing material and practical support to IS fighters, Syrian man questions whether he is on the right or wrong side of the war 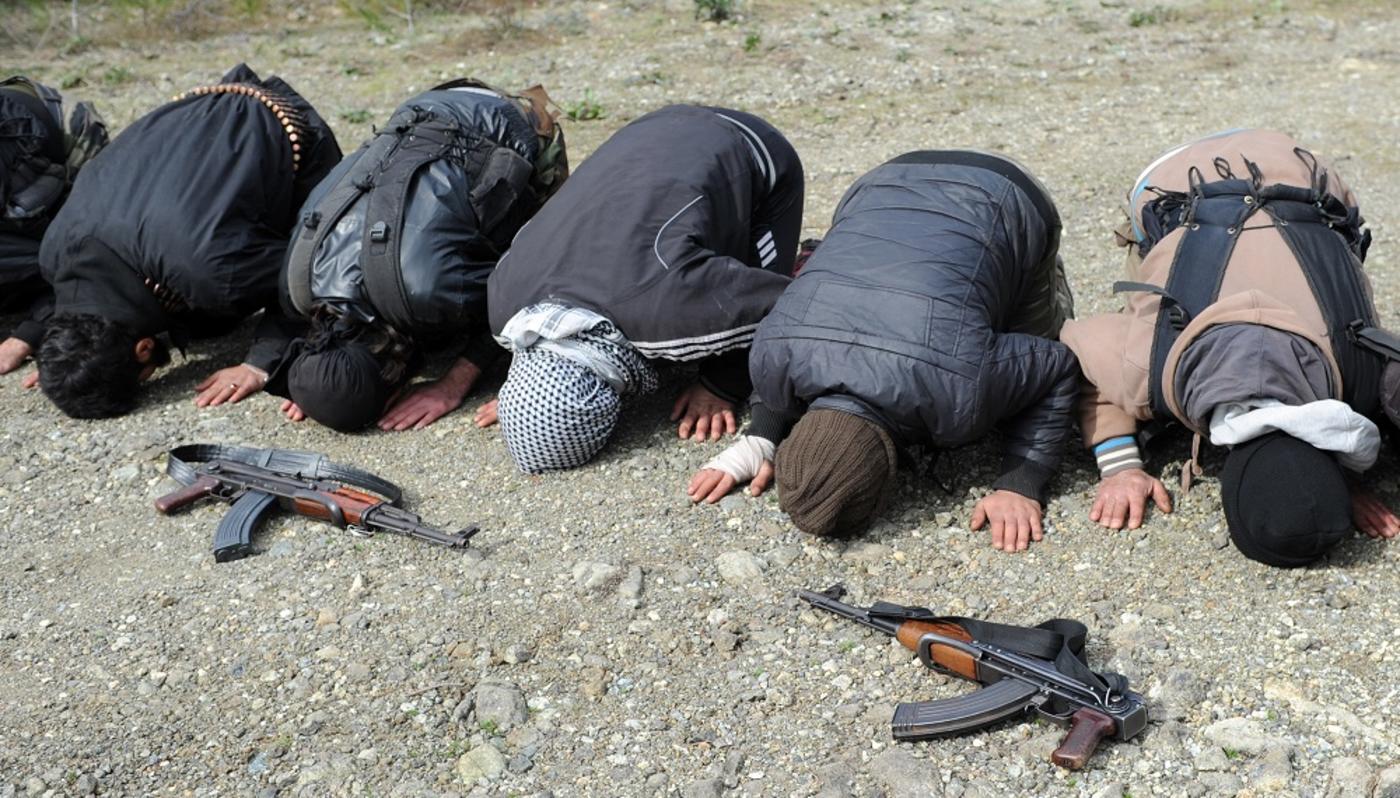 KILIS, Turkey - The operational centres of one of the world’s newest and most feared terrorist organisation are not to be found in the mountains of Afghanistan or within residential compounds of northern Pakistan, but in the dank strip-lighted rooms of cheap hotels in southern Turkey. In towns like Kilis, a dusty, dead-end place next to the Syrian border, $50 a night guesthouses play host to both foreign militants making their way to the Islamic State’s self-declared caliphate and the men who facilitate their journey.

Abu Laith is one of those men. Blue-eyed, humorous and clean-shaven, he hardly fits the profile of an Islamic State (IS) employee. Yet he claims that he was one cog in a well-oiled machine that has brought thousands of foreign fighters into Syria over the past three years. He was motivated, he says, by a mixture of fear, ideology and profit.

Before the revolution, Abu Laith ran a chain of money changing businesses in towns across Aleppo Province. When the Free Syrian Army (FSA) advanced into the area, he quickly became an easy target for some of the more unscrupulous armed groups. In the summer of 2013, he was kidnapped by a rogue rebel group in his hometown of Azaz, and his family was forced to pay tens of thousands of dollars for his release. As soon as he was freed he closed his businesses, moved his family to Turkey, and became a gun-runner for a rival rebel group in al-Bab, a city in northeast Aleppo Province.

“I saw that they were good people in al-Bab, fighting for a cause,” he says. “There are many weapons markets in the rebel held parts of northern Syria, so I would buy guns there and then take them to al-Bab and sell them to the rebels for the same price I’d bought them for – just Kalashnikovs, pistols and ammunition.”

The Kilis hotel that Abu Laith was living in at that time was also home to a fast revolving cycle of young foreign men who would stay for one or two nights before moving on. He knew that they were heading into Syria – there are few other reasons to come to Kilis. But he also noticed two foreign men who stayed in the hotel full time. They were brothers from Chechnya, cousins of the famed and feared Islamic State commander Omar al-Shishani. Before too long these men were to become Abu Laith's new employers.

“First they asked me to make Syrian passports for them,” he said. “So I bought real passports from Syrian refugees for $200 each and changed the photos on them. They needed them so that they could stay in Turkey without any problems from the authorities.”

Soon after that, the Chechens asked Abu Laith to buy guns for the foreign fighters that they were bringing through the hotel in Kilis. Each needed to have a Kalashnikov ready for him inside Syria, and if Abu Laith could arrange it, they said, then he would earn himself $1mn within five months. He readily agreed.

“I started in Atmeh, near the Turkish border,” he explained. “In one week I arranged for 38 cars to go from Turkey to Syria carrying fighters and weapons.”

From his position on the fringes of the operation, Abu Laith saw how many fighters were streaming into Syria, and where they were coming from. During his months working with the Chechens, he says he helped provide weapons for around 100 newly arrived foreign fighters every week.

Men from other Arab countries – mostly Tunisians – would fly direct to Istanbul. The Chechens, however – many of whom were known to the Russian security services – would first fly to Europe before transferring on to Turkey. From Istanbul they travelled down to Kilis, where they stayed at the hotel for one night before moving over the border into Syria. “Turkey was the gate of the world,” he said.

According to Abu Laith, it was common for tall, heavily muscled men to arrived at the hotel in groups of 10 to 15 every few days. There were Azerbaijanis who spoke Turkish and told him that there were 7,000 Azeri militants already inside Syria. There were Chechens who spoke to no-one, taking their breakfasts back up to their rooms to eat alone. Some of them brought their families with them. “That’s the thing that makes me sad,” he said. “I wonder how those kids are living now.”

As IS’s numbers and power grew in Syria, the rift between them and the mainstream Syrian rebels deepened, but Abu Laith carried on working for the Chechens anyway.

“In the beginning, all the Syrians liked the foreign fighters, because we thought they could finish [President] Bashar al-Assad,” he said. “He was using Hezbollah on his side, and we were grateful for anyone who would support us.”

But as the summer of 2013 turned into autumn, the rift erupted into outright warfare. It started when IS killed an FSA commander in Latakia Province in July 2013. By September, they had driven the FSA out of Abu Laith’s hometown, Azaz. The group that he had hoped could save the revolution, had instead turned against it.

“The day when they started to kill the Azaz people, on that day I realised that they wanted to kill Syrians,” he said. Fearing reprisals, Abu Laith soon moved out of the hotel and took his family to another Turkish town, a six-hour drive away. He still fears that they will find him there.

“I want to leave Turkey because I am scared of their revenge,” he said. “IS can do anything with money. The last time I saw the Chechens, I said ‘hello’ to them, because I didn't want to make any problems. They said ‘hello’ back, but they didn't shake my hand.”

IS’s reign in Azaz lasted for six months. In March 2014, they were pushed out of the town by an alliance of rebel brigades, retreating north and east to their strongholds in Raqqa Province. Turkey has now tightened up security at the border area near Kilis. Further east, however, the Islamic State controls another swathe of territory next to the border, and Abu Laith claims that it is from here they are now sending fighters over.

It is estimated that there are now between 12,000 and 15,000 foreign fighters in Syria, and the overwhelming majority will have travelled in with the help of middlemen like Abu Laith. In the months since he was in contact with them, they have gone on to take a stretch of territory in Iraq and rebrand themselves as the Islamic State – no longer just a militia, but a country.

Now - freshly buoyed with cutting-edge weaponry that they looted from the Iraqi Army, and no longer reliant on the Kalashnikovs he once supplied – they are closing in on Abu Laith’s hometown once again.

“During this war I’ve done many things that we thought were okay,” he said. “I even thought that the foreign fighters were okay, but now I see that they are like bit***s. They speak about Islam but they don’t practise it. If they were true Muslims, they would have stayed with the Syrians.”