In an ancient city where old tensions can often spill into violence, musicians are trying to create a more tolerant future 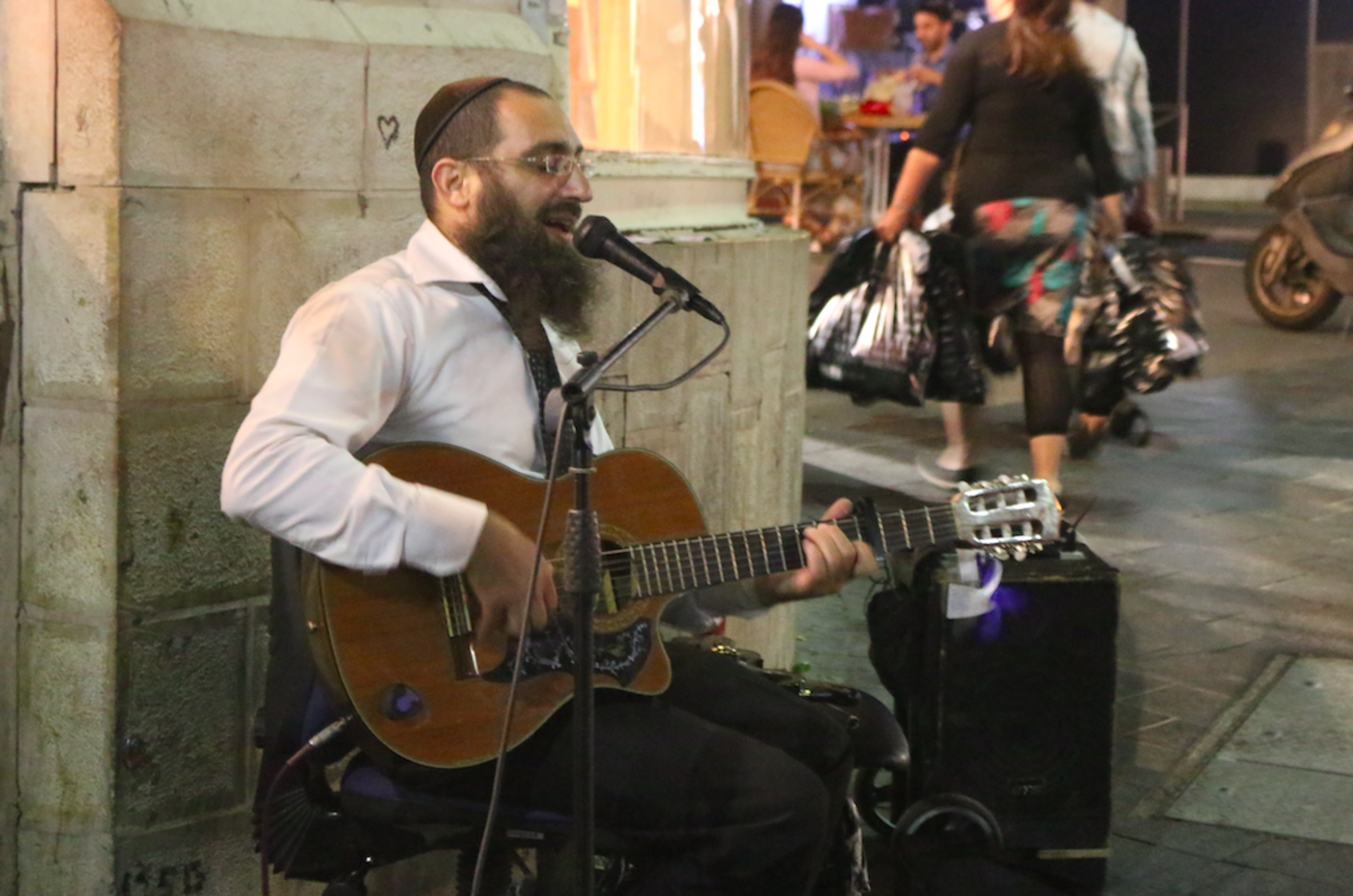 JERUSALEM - Musician Adi Hazan was born in Haifa in northern Israel, but just over a year ago the 34-year-old moved to Jerusalem with little more than his guitar or “my baby” as he calls it. He felt like he needed to take a new direction in life, and Jerusalem became the destination.

At least once a week, Hazan stands on the streets of Jerusalem’s city centre with his guitar and plays for passers-by. He tried Tel Aviv once, but says “he didn’t feel anything” there. Sometimes he performs at open-mic nights, but insists he has no grand ambitions and is not motivated by money or fame.

“For me it’s all about the music,” said Hazan. “It’s like sending a message.”

Hazan is one of dozens of local musicians who have turned the streets of the city into a creative incubator.

On any given night, Jerusalem’s city centre hub known as Zion Square and nearby nooks and crannies are filled with musicians; men and women, young and old, religious and secular.

They space themselves just far enough apart so their music does not clash, but the sounds still float on the Jerusalem evening breeze. Residents say the feeling is almost magical on a warm summer evening.

Though many of the musicians in and around Zion Square - guitarists, singers, woodwind instrumentalists, drummers, trumpeters, accordion players and violinists - play on the streets to earn money, Hazan does not.

“There’s definitely something spiritual about Jerusalem, and it’s a spiritual thing I do,” said Hazan, who says he makes about $5 an hour from donations. He recently went into debt to buy not one, but two new guitars. He says he plans to start composing his own music but that he is too busy during the day when he works as a barista at a local cafe.

For now, what gives him the most joy is when someone stops to listen to him play, and then asks who composed the music.

“It’s all about Michael Hedges, I believe in his music,” he said.

Zion Square has long been a popular place for street musicians to gather. Pedestrians feed into the square from multiple walkways while quiet corners, with little background noise, are dotted around making it perfect to find a little nook to perform in. Tourists move in large waves like shoals of fish, but being overwhelmed in the unfamiliar city, many tend to pass right by with barely a glance.

Some of the louder music draws huge crowds who scream and cheer, and a rowdy New Orleans-style jazz band that often frequents the square can be heard a five-minute walk away.

Other musicians content themselves with pausing for quiet conversations with an appreciative audience member who wants to talk about music or even just life.

In recent years, the city’s centre of cultural gravity has seemingly started to shift.

Within the last three years, many city residents have been drawn toward the less touristy Machane Yehuda market for evening entertainment. Known simply as “the souq” (Arabic for market), it has become the place to come out to party with friends and enjoy some good music.

Like other outdoor markets in the Middle East, during the day the souq sells everything from a vast variety of vegetables to cheap shoes to raw meat. But Jerusalem’s souq has gone through a remarkable renaissance that is undeniably redefining its character. Once the desolate evening playground for the city’s stray cats, it now hosts thousands of revellers into the wee hours almost every night of the week.

Though DJ music is common, many spectators seek out live music concerts performed in front of tiny pubs that have proliferated where fishmongers and tomato merchants once used to operate.

“In the last few months, there’s been an explosion of this kind of business here,” said David Elgart, manager of Roasters pub and coffeehouse.

Roasters’ stall once sold vegetables, but it now hosts a band on Tuesday nights, a DJ on Thursdays, and an open mic on Sunday nights.

According to Elgart, though sometimes the noise level in the narrow walkways of the souq gets out of control and the police have been called out, it has become a more profitable business than selling cucumbers or carp.

Things first started to change in 2002 when Cafe Mizrachi became the first in the souq to host musicians, paving the road for the market’s next generation. Then came the Jerusalem Season of Culture (JSOC) team, which puts together an annual month-long cultural arts and music festival in Jerusalem that organises events all over the city at the end of summer.

From 2010 through 2012, JSOC hosted a music party at the souq every first Monday in August called Balabasta, which organisers say drew in crowds of 12,000-15,000 people. The music included Iraqi, Romani, reggae, DJ sets, Israeli folk, and Ultra-Orthodox reggae on a roof, as well as Israeli folk music and dancing.

Karen Brunwasser, deputy director of JSOC, told Middle East Eye that since then the souq has gone from strength to strength and has been transformed into a place for music and revelry, in part due to Balabasta.

“Now it’s the nightlife space in Jerusalem,” said Brunwasser who, along with her colleagues, has made sure to start spreading its success so that other corners of the city also get filled with music.

Yonatan Abramowitz, 38, an esoteric guitarist and singer with long hair and sandals, started out performing on Jerusalem’s streets, but has managed to gain a following. He now focuses on performing for captive audiences rather than foot traffic, recently produced and recorded a CD and is working on finding a distributor. A native son of Jerusalem, he knows there is something special about his hometown.

“If you listen with your ears and look with your eyes, Jerusalem will teach you something every day,” said Abramowitz.

Brunwasser believes that the work of JSOC and others is helping to create a better future in the sometimes-troubled city where tensions between Israelis and Palestinians often spill over into violence.

“It’s not a normal place, it’s not an easy place,” she said. “If you live here, it’s for a reason. There’s a depth. There’s a modesty. It’s an old city that has seen a lot and it likes real things. What’s beautiful here, what’s ugly here - it’s real. Tolerance is what allows it to come to life.”