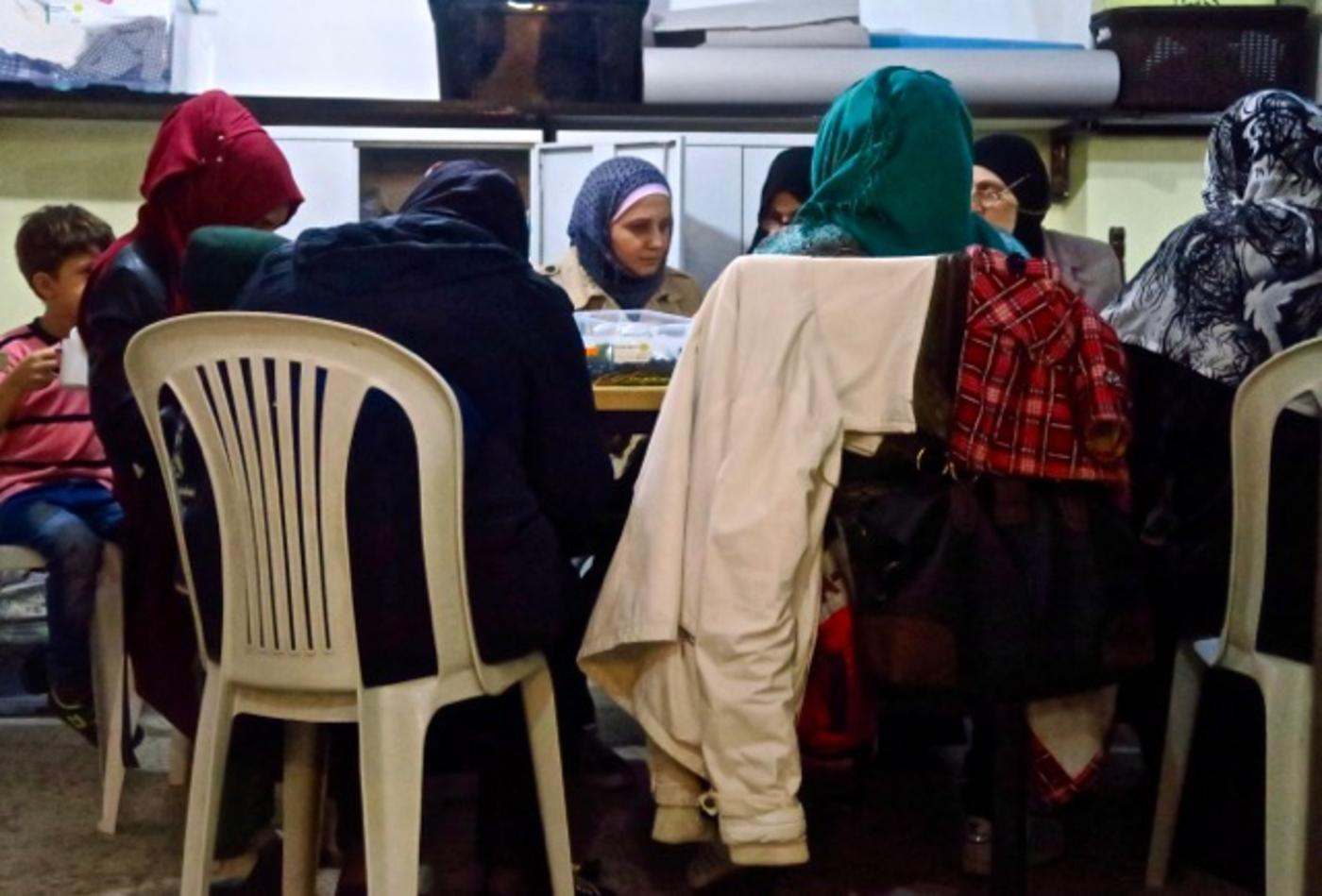 ISTANBUL, Turkey - In an old basement deep in the heart of the Fatih district in Istanbul, Syrian women gather around a table where they are deftly making jewellery.

On a rainy Friday afternoon, the hustle and bustle of this city of 14 million is forgotten, giving way to memories of Aleppo and Damascus. Down here, Arabic is the predominant language.

The women, although not related, show a level of familiarity created by the bonds formed among people confronted with overwhelming circumstances.

The Drop Earrings Not Bombs range being produced today is aimed at raising funds and generating income for Syrians living in Turkey’s most populated city.

The initiative is run by Small Projects Istanbul, a grassroots organisation that provides language training, community projects and scholarships to those displaced by the conflict.

For the women here though, this is not just about making a living in a city which they all bemoan is “very expensive”. For them, this space is also a way to reminisce about the past - a past which has been obliterated.

“When I come here it’s like I’m back in Syria,” said Sawsan, a mother of four who arrived in Fatih district in December.

While they work with their heads down, patiently twisting the metal into the pieces which will hopefully be purchased by tourists seeking to take a bit of Turkey back home with them, their children run about the place  -  seemingly happy but not oblivious to what is happening.

“Of course they know what is going on,” says one of the women, referring to the war back home.

“Every child here is older than their age.”

As Syria’s civil war rages on, Fatih  - only 750 miles away from the Syrian-Turkish border  -  has become known as Istanbul’s "little Syria".

Here, the more than 1000 Syrian families who have recently settled in the area can buy the foods they used to have back home at a number of grocery stores now catering to their tastes and eat at restaurants and cafes that serve traditional Syrian food. Even local estate agents have started to advertise properties in Arabic.

Middle East Eye was offered chai on arrival - nothing gets done in Turkey without tea first. But when it came to having their pictures taken or speaking to MEE on the record, most of the women refused. After some negotiation and assurances, though, they relented.

“Just no pictures of faces, please.

“Assad has eyes and ears everywhere,” one of them said only half jokingly.

The man who teaches them how to make the earrings is a refugee himself.

Mahmoud Tabsho used to have a thriving silver design shop in Aleppo until he was forced to close his doors for good in May 2012. The business had been in the family for almost 100 years.

“When the conflict started in Syria the first industry to suffer was tourism,” Tabsho said. “People just stopped coming into my shop so I was forced to come looking for work in Turkey.”

During his time here, Tabsho has held a number of jobs, and as his financial situation improved, his family started to join him  -  first his wife and kids, then his parents and siblings.

“This is Istanbul, life here is very expensive,” he says. “Without a job it’s very difficult.”

Tabsho has been unemployed since earlier this year. The earrings now provide him with a much needed  - albeit unsteady  - income.

“I’m usually here Mondays and Fridays, but this week because there are no orders, business is a bit slow.”

Everyone in this room has lost someone to the war, and even though all sides involved in the conflict have been accused of atrocities against civilians, those MEE spoke to kept using a specific word to describe the embattled Syrian president, Bashar al-Assad: “monster.”

“When the protests first started in 2011, we were just asking for a few things, not for the changing of the government,” Tabsho said.

Sawsan’s story is a typical tale of how life was thrown upside down soon after locals in the city of Deraa took to the streets to protest the arrest and reported killing of 15 schoolchildren who wrote anti-government graffiti on a wall.

A housewife, she and her family used to have a tranquil, middle-class life in Alkadam  - a well known anti-Assad enclave just outside Damascus.

When their house was bombed by government air strikes, they fled to the capital, where for a while they lived with relatives. Danger, though, kept lurking around each corner.

“Our life in Damascus became very difficult. There were checkpoints everywhere in the city and because the government knew that people from Alkadam were against Assad they kept following us,” she said.

Sawsan’s husband, a lawyer, was picked up by government forces on three occasions. On the third he never returned.

“They tortured and killed him.

“His death was what made me decide to leave Syria and come to Istanbul with my kids.”

In spite of the much trumpeted tales of Syrians jumping on packed boats with hopes of reaching European shores, not everyone MEE spoke to had dreams of heading west.

Some, like Sawsan, are happy to stay and try to prosper in Turkey, where they can live and raise their children as conservative Muslims without the added pressure of having to adapt to “Western values”.

“The West is the West, you know? It would be very hard for us to make that change.”

Life in Istanbul is tough, though. According to figures from Human Rights Watch, less than one-third of the 700,000 Syrian school-aged children who entered Turkey in the last four years are attending school. Sawsan’s 16-year-old son is one of those children. With the family in desperate need of an extra income, instead of going to class, he works as a waiter at a restaurant in Istanbul’s city centre. His daily pay: $3.65.

Other women also told me about unscrupulous employers taking advantage of Syrians who are not legally allowed to work and do not speak the language.

“Turkish employers know they can do it and nothing will happen to them,” Sawsan said.

Lobana, Lodmella and Enas, on the other hand, want to leave Turkey as soon as possible.

The three sisters, all in their 20s, fled Aleppo with their parents when the Islamic State group came into their neighbourhood.

They too once had a cushy life in Syria’s second city.

“It was a very good life,” Lobana, the eldest, said.

“We had everything we needed, I was a teacher at the University of Aleppo.

“The three of us all have degrees in computer engineering. My whole family is well-educated.”

Their commitment to education is such that even while Aleppo was being bombarded, the family decided to stay put until the youngest, Enas, completed her degree.

“There was no point in leaving, otherwise she would have to start all over again.”

For now, the modest income provided by Small Projects Istanbul’s craft collective is the one certain thing in their lives. But they have bigger ambitions.

“We want to go to Germany,” Lobana said.

“Our parents studied in Germany for their PHDs when they were younger  - we want to do the same.”

“In Germany I think it will be easier for us to work and study.”

As part of the estimated 2.75 million Syrian refugees Turkey has hosted since the conflict began, the women here seem almost oblivious to the rancour and political tension caused by the refugee issue in Germany and elsewhere in Europe. They also had no expectation of an easy life on welfare, or home, provided by their new hosts.

What they seemed anxious to do was to put their skills and knowledge to good use so they can send their children to school and hopefully one day return to their homeland.

Tabsho said firmly: "Those Syrians already in Germany and the United States and Sweden, they will never return. But when the problems finish in Syria all the people here in Turkey will go back. They will be the ones who will start to make a new Syria.”

For people like Sawsan, however, returning home remains impossible while Assad is still in power.

“They killed the father of my kids.

“I want peace, but for me, life in Syria again is only possible if the regime is gone.”

Until that day comes, this basement, a world away from Istanbul’s opulent buildings, will be their way of keeping a little bit of the country they left behind alive  -  a country that no longer really exists. 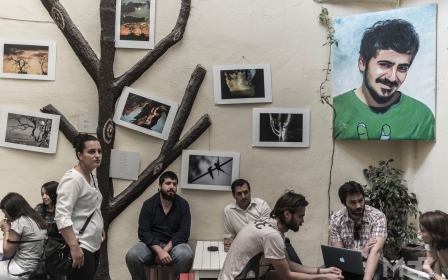 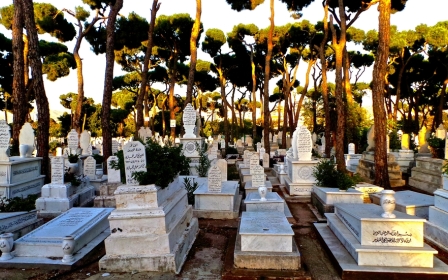