Syria's Alawites not deserting Assad yet, despite crackdown 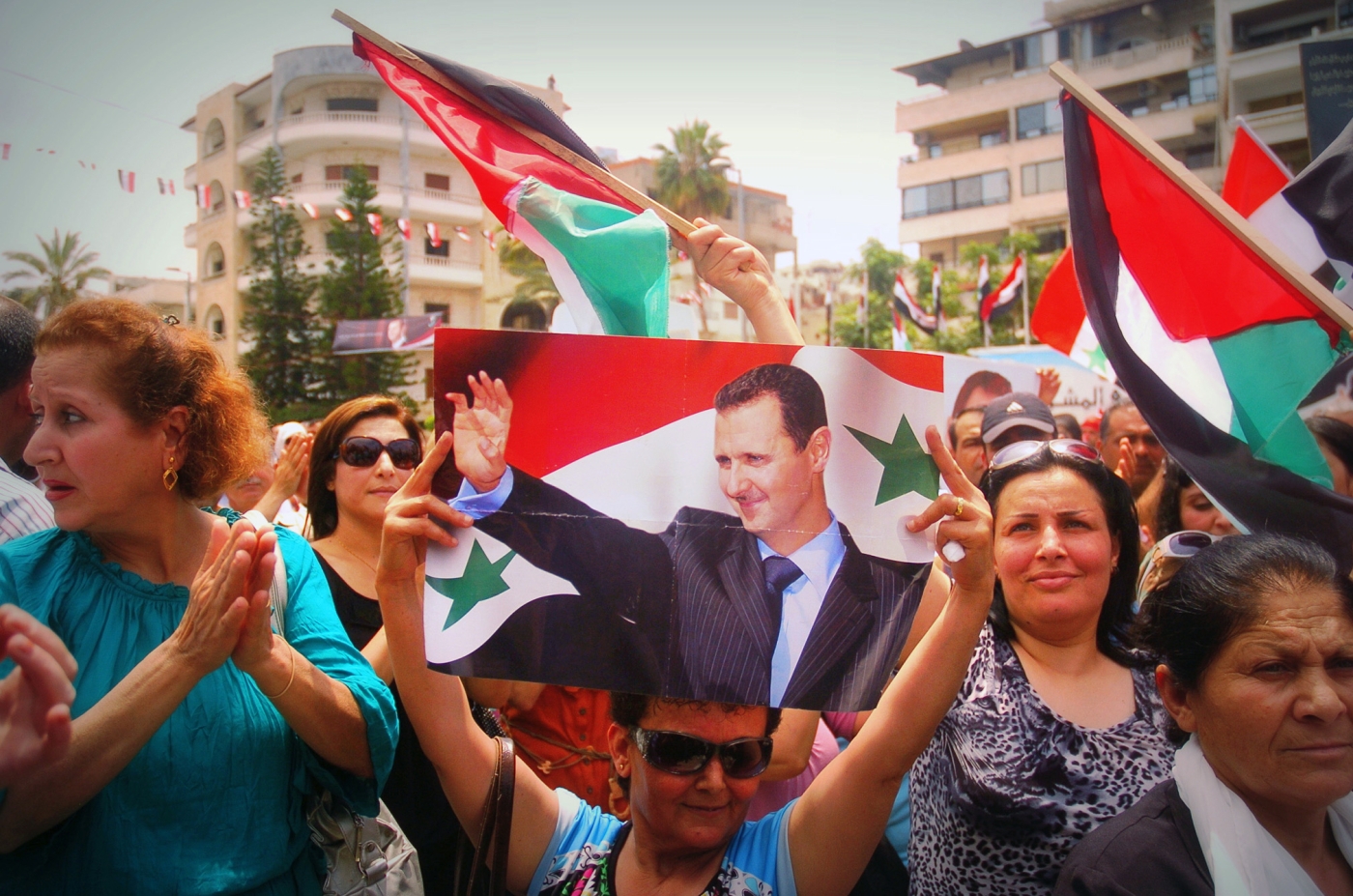 A handout picture released by the official Syrian Arab News Agency on 29 May,2014 showing supporters of President Bashar al-Assad in Latakia (AFP/SANA)
By
Lauren Williams

ISTANBUL - Unanticipated public anger towards the Syrian government from traditional supporters among President Bashar Assad's own Alawite sect has gained momentum in recent weeks following significant government losses and territorial defeats at the hands of militants from the Islamic State (IS).

But while Alawite opponents from Syria's coastal regions admit outrage and a sense of betrayal has reached unprecedented levels, fear of IS and few options for Alawites mean the community is unlikely to abandon support for the government that has marketed itself as a protector of minorities.

Syrian government forces suffered a strategic and highly symbolic military defeat this month when IS militants took control of the Tabqa airbase in Raqqa province, in north eastern Syria. IS claimed some 250 government soldiers were captured and killed in the battle for the base, which is the last government stronghold in the east of Syria. The defeat was the latest in a string of battles and losses to IS, prompting a wave of anger amongst government supporters who took to social media to vent their fury and demand the resignation of the newly appointed defines minister, and adopting the Twitter hashtag #ministerofdeath.

Adding to their grievances, video and images of hundreds of government officers captured at Tabqa airbase being paraded and humiliated in their underwear, then later shown decapitated, were circulated by IS on social media.

However, government media downplayed the defeat, describing it as a "tactical withdrawal."

Some critics accused the government of failing to protect its core supporters and even of using them in a cynical attempt to draw in western intervention against IS. One member of the Islamist rebel group Ahrar al-Sham, based in Raqqa, told Middle East Eye in a recent interview on the Syrian Turkish border that Alawite and Druze officers at the army's Division 17 in Raqqa were deliberately left behind by the government to be slaughtered by IS. He claimed senior officers were airlifted from the base ahead of the attack, suggesting a deliberate strategy to highlight the IS threat. Middle East Eye has no way to verify his claims.

The Syrian government has long claimed it is fighting a war against "terror" and not a popular uprising. Coinciding with the government losses, Prime Minister Walid Moallem held a press conference saying Syria was ready "to co-operate and co-ordinate" with any side, including the US, or join any regional or international alliance against IS. But he said any military action inside the country should be co-ordinated with the Syrian government.

The US has carried out airstrikes against IS in Iraq and, while President Obama has authorised similar strikes against IS positions in Syria, it has yet to do so. Obama had backed the opposition in Syria's civil war and called for Assad to stand down, making any US cooperation with the Syrian government, even against a common IS foe, an uncomfortable option.

In the aftermath of army defeats, government supporters started an online campaign, dubbed "Weinon" (meaning 'where are they?' in Arabic), demanding to know the fate of the officers at Tabqa. The campaign attracted tens of thousands of Facebook likes and comments.

One the Facebook page, Eagles of Taqba Military Airport, which called for investigation into the fate and whereabouts of missing Syrian officers, was shut down and its administrator, pro-government activist and lawyer Mudar Hassan Khaddur was reportedly arrested by security forces.

Other pages have since emerged, calling for Khaddur's release and for the officials responsible for the fall of Tabqa to be held to account.

While it is difficult to gauge just how widespread Alawite opposition to the government is, residents from the predominantly Alawite coastal areas, where many government officers and pro-Assad paramilitary forces hail from, said the sense of betrayal was palpable after so many officers from the region had been killed. Nonetheless, they say, fear of IS still far outweighs any opposition to Assad.

"People are resenting [the government] in Latakia for sure," said one Alawite Assad opponent, who asked to remain anonymous for fear of reprisals. After speaking with family in Latakia, where he said he recently lost two family members from the armed forces. The source said Alwaites in general "feel betrayed".

"But I see it as still politically castrated anger; they are counting on hopes and promises… and everyone is afraid," he said.

With IS pushing further westward towards Hama countryside and Aleppo, home to members of the minority Alawites and Ismaeli sects, the source said the fear of IS is increasing.

"The danger of IS is felt already in terms of their losses…and their potential losses."

"But I don't think Alawites will turn the table on [Assad] until there is a big attack on their areas. They will continue to pay the price for Assad."

Researcher at the European Centre for the Near Eastern  Studies in London, historian and Alawite dissident Nizar Nayouf  said while there is certainly anger among members of the Alawite sect, "it doesn’t mean that the community  will revolt against the government, as its members have been put between two options, the government and the 'Wahhabist revolution'."

"In other words, [it's a choice] between being killed by guns and to be killed slaughtered with knives…So their 'dissent' will not skip or exceed interim anger," he said.

So far, criticism over the military loses have been restricted to the Defense Minister and some military officials, but has not been directed at Assad himself.

"After the disaster of the Tabqa military airport, which was in fact a result of a Mafiosi deal rather than a logical military defeat, some of the government’s milieus felt they need a scapegoat. So they did not find any except the defence minister," he said, pointing out that the minister has little responsibility for the operational aspects of the military’s activities in Syria.

Despite growing doubts about the ability for the government to confront IS, campaigns like "Weinon" will make little difference, Nayouf said, also suggesting the opposition had overstated the campaign's significance.

"Such anger will remain limited and just a process to vent their [frustration]."

In the absence of any credible alternative leadership, Alawites, he said, had been stranded between two options: "Each one of them is worse than the other."