Tripoli struggles with extremists, and refugees 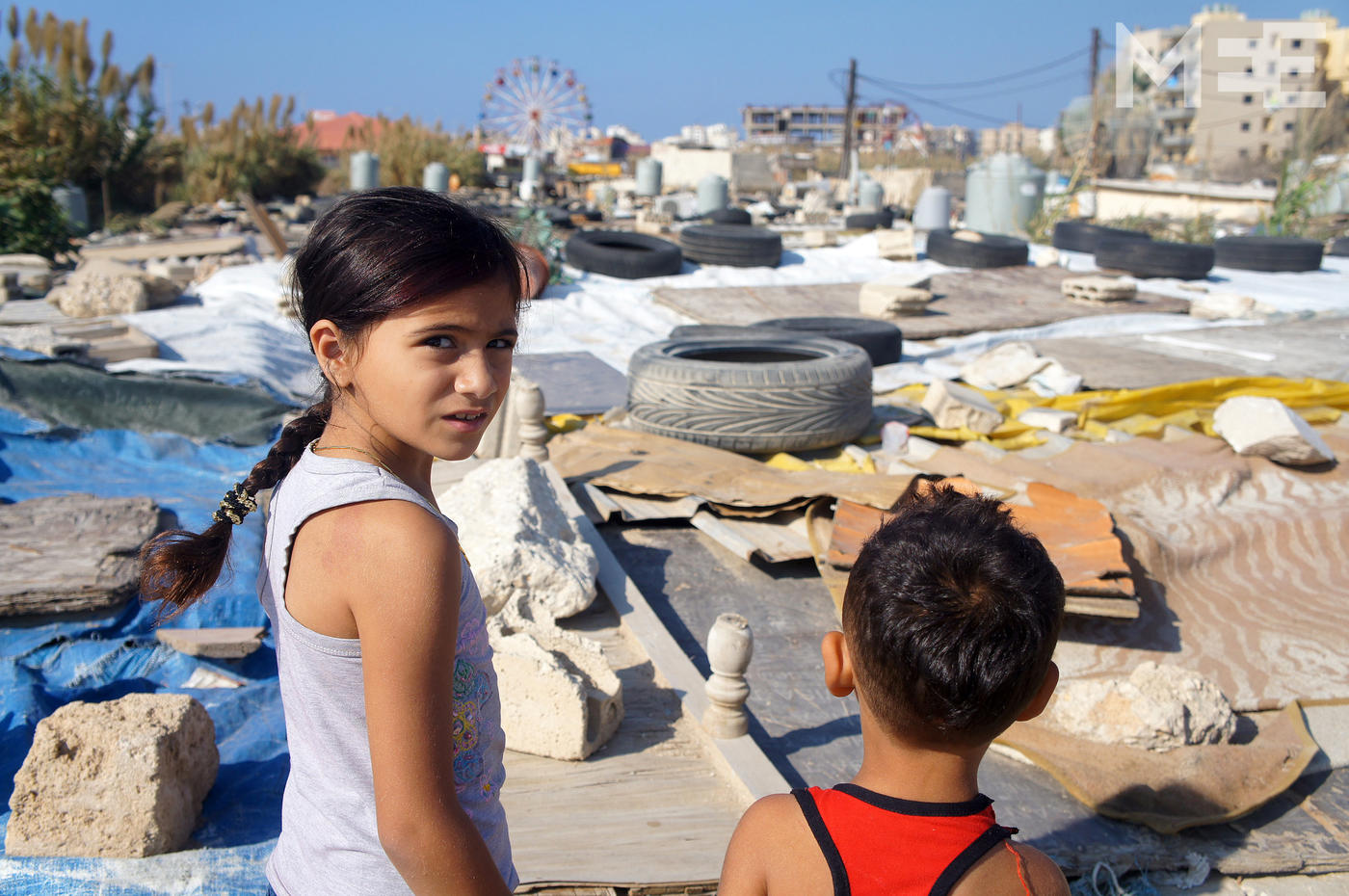 TRIPOLI, Lebanon - Ahmad, a middle-aged man from Homs, Syria, lives afraid in his impoverished surroundings. His home is along Tripoli’s seafront amongst a squalid stretch of makeshift shacks and piles of garbage. A Ferris wheel, part of a small amusement park, is visible from this muddy tract, but is not a place many Syrian refugees feel comfortable, or can afford to go.

“I have identification papers, but I don’t trust anyone,” Ahmad said. “If I walk 100 metres away from this area, I am scared.”

With the Syrian conflict into its fourth year, there are over one million registered refugees in Lebanon, although real estimates are thought to be much higher. Lebanon’s population of four million is overwhelmed, along with its infrastructure, services, and weak labour market.

Tripoli, a conservative, predominantly Sunni city, has been mostly sympathetic to the Syrian rebellion since the war broke out, and a destination for nearly 300,000 refugees looking for relative safety.

But sectarian tensions across Lebanon run high, and Syrian refugees are increasingly vulnerable to indiscriminate arrest, exploitation, and recriminatory attacks.

In recent weeks, mass arrests of Syrian male refugees in the Lebanese-Syrian border town of Arsal by Lebanese soldiers on the hunt for militant sleeper cells have been plagued with accusations of physical abuse. These stories, some have said, feed good PR to militant groups like Islamic State (IS) and the al-Qaeda affiliated Nusra Front (NF).

“This is the first time I’ve seen my army acting like this,” said Mohammed Kurani, a 32-year old Lebanese relief worker with Syrian refugees in Tripoli, whose brother is in the military. Kurani believes a small contingent of pro-Hezbollah soldiers is to blame.

The army is beloved as Lebanon’s non-sectarian institution, and has popular support to secure Arsal, in the foothills of the Qalamoun Mountains, from infiltration by IS and NF fighters.

The kidnapping of security forces by these militant groups during a fierce battle in Arsal in August was greeted with national outrage. There are currently 21 hostages still being held and three were executed. Negotiations for their release, despite Qatar’s mediating role, have stalled. Militants have demanded an open passage for supplies from Syria to Arsal before winter arrives, and the release of prisoners from Roumieh.

In Tripoli, the Lebanese army maintains a heavy presence to deter fighting between the warring neighbourhoods of Sunni-dominated Bab al-Tabbaneh, and the Alawite hilltop Jabal Mohsen. Their grievances date back to the Syrian occupation of Lebanon, but current clashes often reflect events inside Syria.

“The Islamic State has so far had very little appeal in Tripoli, even including in the minority of hardcore militant Islamists,” said Raphaël Lefèvre, a visiting scholar with the Carnegie Middle East Centre.

“In comparison, Nusra has fared much better, winning the hearts and minds of many Tripolitan Salafis who respect the jihadist group's impressive record in fighting Bashar al-Assad - as opposed to the Islamic State's long focus on building a power base and imposing its harsh rule on others, including on anti-Assad rebels.”

“This is not to say that Nusra has a sophisticated local network or organisational structure in Tripoli,” Lefèvre added. “But it does have the sympathy of many of the hardcore Islamist militants, some of whom have gone to fight in its ranks in Syria, and have now returned to Lebanon.”

Salafi Sheikh Raed Hlayhel, of Tripoli’s Qalamoun mosque, first hit the headlines in 2006 as an outraged protestor against the Danish cartoons depicting the Prophet Mohammed. He is now a member of the Muslim Scholars Committee, which had a key role as mediators at the bequest of Prime Minister Tammam Salam at the beginning of the hostage crisis.

“Nusra were positive in the negotiations,” Hlayhel said. “They wanted a secure place for refugees in Arsal. And they were asking if they could visit their families, meaning, for their supply route to be secure.”

“The army and Hezbollah may try to go against ISIS and Nusra, but it will show the Sunni community they are against them, and it might turn them against them,” he said. “Although there are none of their representative here, people will feel angry.”

Where Tripoli is headed is dependent on whether the splintered and weak moderate Sunni parties can unify, or whether IS and the NF will capitalise on anger, and partner up to build a formidable local base.

Dr. Motaz, a Syrian doctor from Yabroud, walked across the Qalamoun to Arsal with his family when his town fell to Assad forces in March. Two weeks ago he was arrested visiting friends in Baalbek.

He believes the Lebanese have mixed feelings about Syrians now. “Some are still sympathetic towards refugees. Others were sympathetic, but are now against us. They blame us for the economic and security situation in Lebanon.”

Relief worker Mohammed Kurani agreed. “There is a lot of pressure on refugees to return to the Qalamoun, or to enter Lebanon. Their first objective is to come to Tripoli because they still believe it’s a good hosting area for refugees,” he said.

“But what the refugees don’t know is they are losing this host community, for a lot of reasons. Because of the army hostages, and also because of the economic situation, which is very hard. On top of that, our government has no strategy. I’m not optimistic and I see a bomb in the coming future. A social bomb, for sure.”