Historically disconnected from the power and money of Tunisia's capital and coast, Sidi Bouzid candidates - and voters - say they are ready, once again, to be heard 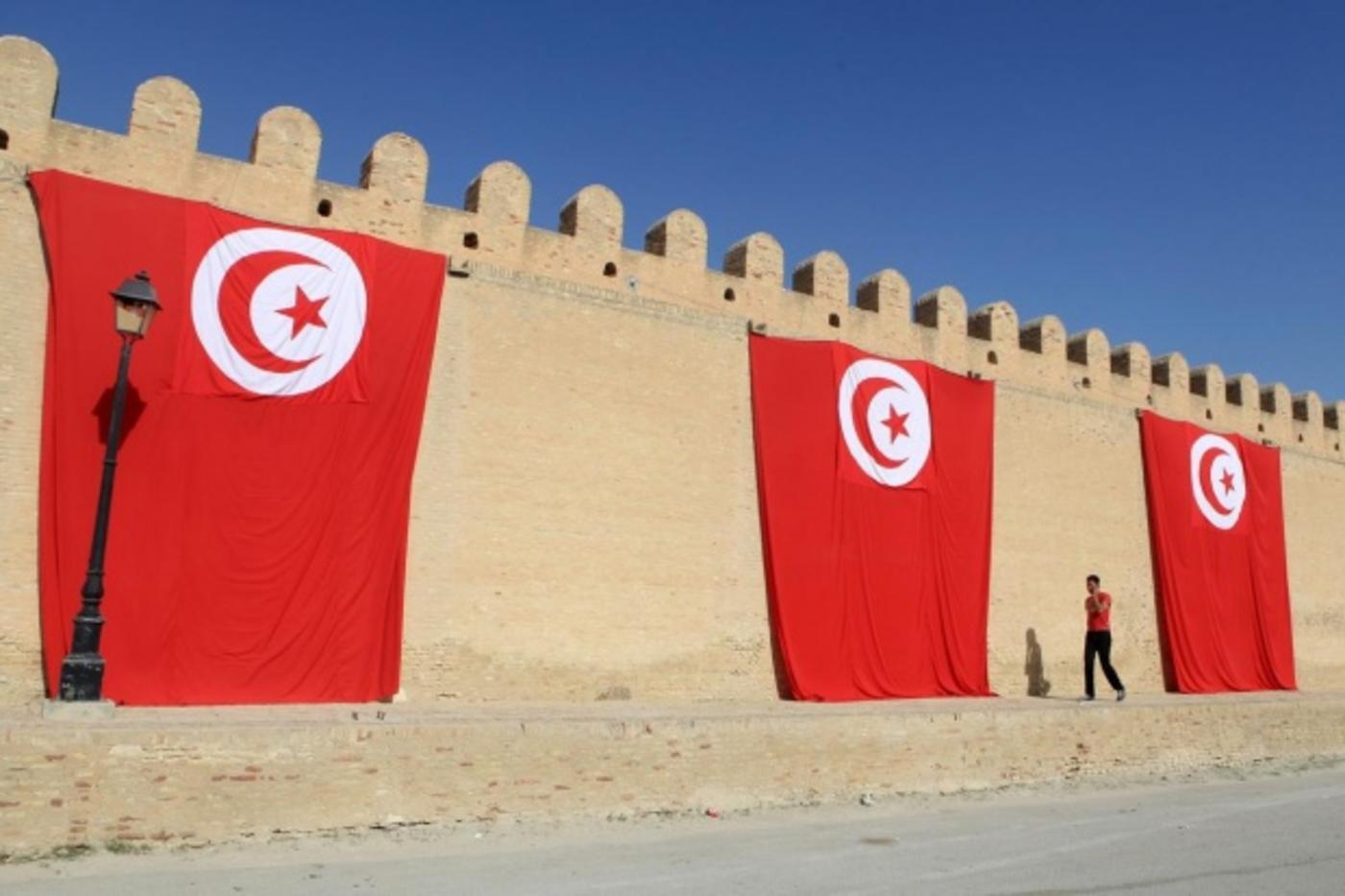 SIDI BOUZID, Tunisia – Three years of what many locals believe are broken promises haven’t dampened the spirit of political activism in the cradle of the Arab Spring on the day of Tunisia’s legislative elections.

On Sunday, near where street vendor Mohamed Bouazizi lit himself on fire in December 2010 in front of a local municipal office, Tawfiq Abbasi, member of Youth of the Revolution and a communist activist, ran down the street in a panic.

Slowly catching his breath, he claimed that local members of Nidaa Tounes, the party that has brought together members of the former regime, secular leftists and supporters of ex-President Habib Borguiba’s ‘modernist’ vision of Tunisia, were tampering with the electoral process in the polling station at a primary school, down a dusty road outside the city limits.

“Where is the democracy? We’re for the revolution,” he said, breathlessly. “They’re pushing people to do what they want. They’re the old regime!”

More than 250 miles from the capital Tunis, residents in this small town in the country’s interior have been historically disconnected from the big power politics of Tunisia’s coastal cities in the east and overlooked by its politicians.

While the fiery suicide of Mohamed Bouazizi may have raised the profile of this backwater, nearly four years later, many of the social and economic challenges that sparked Tunisia’s uprisings, which started with fighting in these very streets, linger today.

Yet what outsiders might be surprised to find at ground zero of the Arab Spring on election day is the strong support in some corners for a party comprised of many of the same people who ran the regimes that once oppressed them.

Or, as Michael Willis professor of North African politics at Oxford University said, some of the same politicians that “historically excluded” areas like Sidi Bouzid, channelling support for infrastructure projects to an elite in Tunis and the coastal towns in which many, like former presidents Borguiba and Ben Ali, grew up. Not a single minister during Borguiba’s 31 years in power came from Sidi Bouzid governorate.

But support for Nidaa Tounes today is perhaps less about casting aside the pre-2011 past, and more, particularly for the very poorest Tunisians in the country, a referendum on the dashed hopes of everyday life since the revolution, said Monica Marks, a Tunisia-based analyst and doctoral candidate from Oxford University.

“Support for Nidaa is tethered to cynicism of the revolution and its achievements so far,” Marks said. “Opinion polling in Tunisia seems to demonstrate that cynicism, and support for a return to older styles of politics, seems to be highest amongst two socio-economic classes, the very well off and the poor.”

Unemployed resident Ziad Bargougui told MEE that the price of bread and living in general has risen since 2011, a pinch he has felt, but wasn’t sure politicians cared about.

“If you’re not Ennahda,” Bargougui said, “they don’t care about you.”

He said he would support Nidaa Tounes because they are part of the former regime – or tejamaa as the phenomenon is called locally. “Nidaa are a extension of the past,” he said.

Despite opinion polling results, support for parties is not clear cut across class lines with splits sometimes straight down the middle of families.

Take Tawfiq Abbasi, the man running down the street worried about electoral misconduct. A vote for Nidaa Tounes, he told MEE, is a vote for the past.

But when Abbasi returned to the primary school-turned-polling station to press his claims of electoral misconduct, a familiar face was there to greet him.

“He’s a liar. They are not Nidaa Tounes,” Kheir said. “[Tawfiq] has been like this since the day he was born.”

It was not immediately possible for MEE to verify either of the brother’s claims with elections officials. Their argument, however, caused a stir at the polling station as various parties chimed in as a crowd gathered. An Independent High Authority for Elections observer marshalled the horde as police officers and soldiers stood by.

“Despite the controversy, the whole process was managed by civilians. The army and police stood aside,” Willis, the North African expert, who watched the scene unfold along with MEE, pointed out.

Willis said that security services would have intervened in other countries in the region. “This shows that the elections are being managed by civilian control, not a security state,” he said.

Only a handful of Tunisia’s party leaders chose to visit the Sidi Bouzid governorate or the city during the electoral campaigns. The ones that did come offered hot air, said Fawzi Abdouli, a local candidate on Ennahda’s list.

On offer, he said, were commitments to build a new medical faculty, a central market and a brick factory.

“These were false promises,” Abdouli said.

With more than 500 candidates in the Sidi Bouzid governorate vying for nine available seats in Sunday’s elections, there was a sense among some locals that only the leading parties – namely Ennahda and Nidaa Tounes – with headlining campaigns in the area would have victories.

This hasn’t stopped Sidi Bouzid natives in the past from going independent: media entrepreneur Hechmi Hamdi, born in the city but exiled in London, launched the party now known as Love Current in 2011 and promised British-style free healthcare, unemployment benefits and free public transport for pensioners.

The party, then called the Popular Petition party, came in third in the 2011 elections, winning 26 seats in the 217-member constituent assembly - until eight candidates’ victories were annulled over allegations of campaign finance violations. Crowds set fire to Ennahda’s Sidi Bouzid offices and the office of the mayor after the cancelled seats were announced. Most of the seats were eventually reinstated, but nearly half those who had run on the ticket resigned less than a month later.

The party’s success – which made Sidi Bouzid the only governorate in which Ennahda did not come first in 2011 - was in part credited to its focus on southern and central governorates during the campaign season and Hamdi’s identity as one of the only candidates not from the coast, the traditional home to politicians.

Some analysts and locals said they feared that economic solutions that would be felt in Sidi Bouzid were still in the distant future.

“I don’t see any of the parties offering economic solutions” locally or nationally, said William Lawrence, former head of ICG Maghreb. Many politicians are “defending [supermarket chain] Monoprix against the guy with the cart outside.”

“The revolution was for democracy, but it didn’t bring economic freedom,” said Nabil Abdouli, another independent candidate.

In the latest election, Fawzi Abdouli, the Ennahda candidate, said the lack of strong independent, grassroots parties and solutions was perhaps a sign that the area had not yet come together strongly enough to lobby for its needs.

“We are Tunisians and we are from Sidi Bouzid,” he said. “We can’t be excessive about our regional goals, but we must also stand up for this area.”

In 2011, voter turnout stood at 45 percent. As polls closed on Sunday evening, election officials said 48 percent of locals had participated in the election, a sign that disillusionment is far from setting in, although confusion has since emerged with some suggesting that the officials and the press mixed up the number of eligible and registered voters in 2011 and 2014, rendering the comparative stats meaningless. If this proves true, it may yet emerge that voting across the country was down 20 percent, despite headline figures.