Widely regarded as a symbol of Turkish culture, the 'nargile' is now the unwelcome star of a graphic campaign to get people to kick the habit 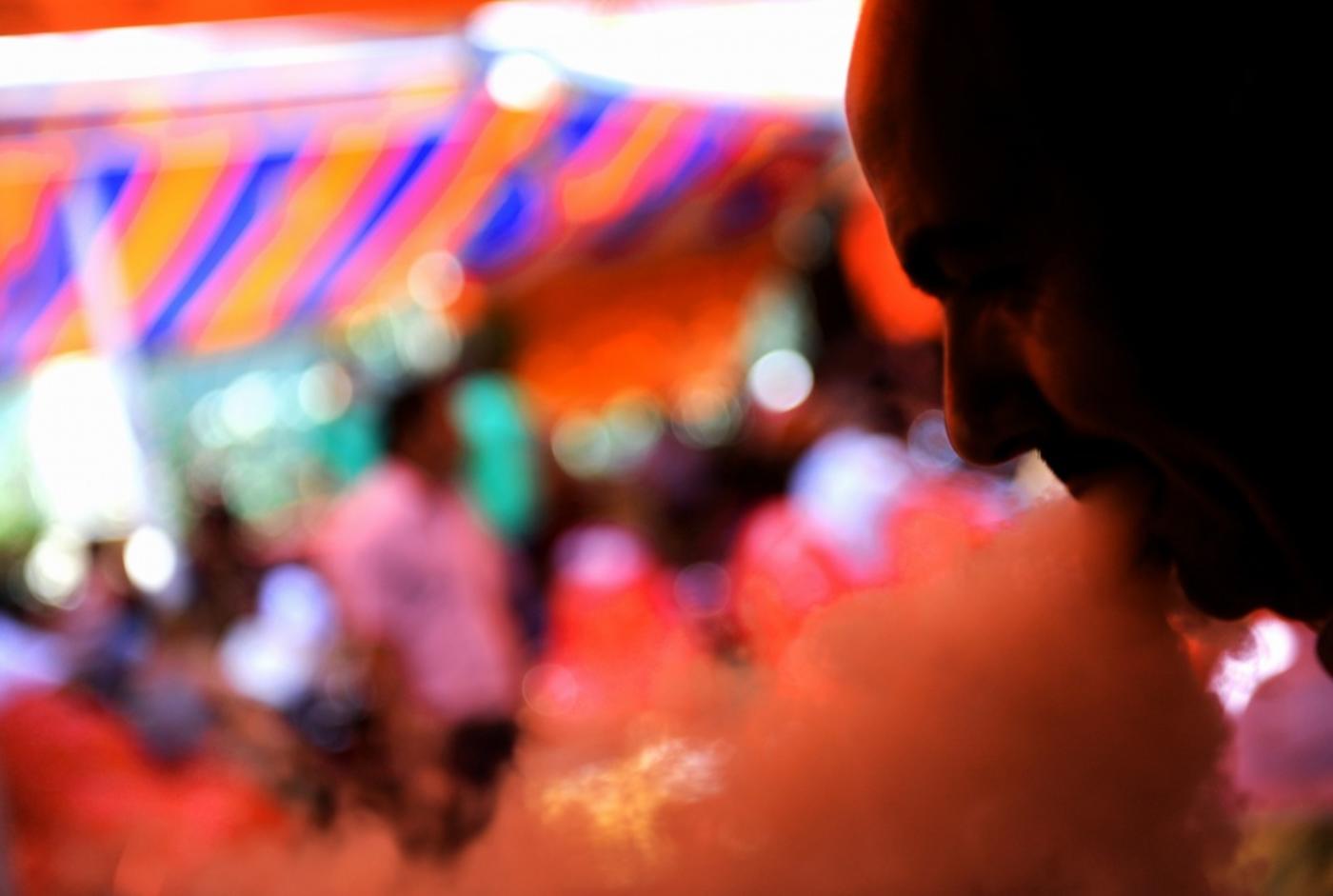 A Turkish man smokes a water pipe outside a teahouse in Istanbul on July 19, 2009 (AFP)
By
Anadolu Agency

ISTANBUL, Turkey - Turkey is a country proud of its cultural traditions - its cities of soaring mosques and Ottoman architecture are a proven draw for tourists - but now the country is waging war on one of its most iconic symbols: the shisha.

In the streets of Turkey’s largest city, Istanbul, people regularly enjoy the bubbling shisha waterpipe (‘nargile’ in Turkish) outside cafes. From the narrow streets of Beyoglu to Beyazit, where Ottoman rugs are sold alongside the latest technology, locals and tourists alike regularly spend their money on a product widely thought to be lethal.

Now Turkey is running a major health campaign to reduce the use of tobacco products in all forms.

Although being one of the most important tourist attractions, especially among Arab visitors to Turkey, the health ministry is now keen to raise awareness about the ill-effects of nargile, often defended by sellers and users as being less dangerous to smoke than cigarettes.

A graphic advertisement depicting oil and toxins pouring out of a bubbling nargile has been running on nationwide television, warning people that its negative effects are the same as cigarettes.

According to a 2005 World Health Organisation report, smoking using a waterpipe poses a serious potential health hazard and is not a safe alternative to cigarette smoking. In an hour-long smoking session, users consume about 100 to 200 times the volume of smoke of a cigarette.

As cigarette smoking in the West declines, due mainly to its social unacceptability and greater health awareness, nargile cafes are a hub for people to meet and socialize according to Turkish Green Crescent Society General Vice President, Mehmet Akif Seylan, adding that people tend to see nargile as less harmful because the tobacco goes through water.

According to the Tobacco and Alcohol Market Regulatory Authority’s latest rules, nargile cafes must be at least 100 metres away from schools and prep-schools. The business administrators need a licence to be able to run a nargile cafe or sell tobacco products.

On the other hand, Mert Yogurtcuoglu, the owner of Ali Baba nargile cafe in Istanbul’s Tophane district - a well-known home to have many similar cafes - said the common idea that one bottle of nargile corresponds to 50 cigarettes is not correct.

“It has to be really tough to have that so-called effect. If you use tombeki, a very strong and harsh tobacco that was widely used in Ottoman period, then you will get as much harm as claimed,” he continued.

Yogurtcuoglu added that nargile contributes to Turkish tourism a lot, it is an attraction and part of Turkish culture.

The World Health Organisation in 2013 said that tobacco kills nearly six million people each year – including half of the people who use the product.

For now, the bubbling waterpipes of Istanbul still draw tourists and locals, but as publicity about its effects grow and gruesome images of its potential effects are splashed across Turkish television, people could start to think twice about floating away on a cloud of sweet-scented tobacco.