A kick-boxing academy in Tripoli, Lebanon, has brought order and focus to the lives of young children and men amidst thoughts and fears of war 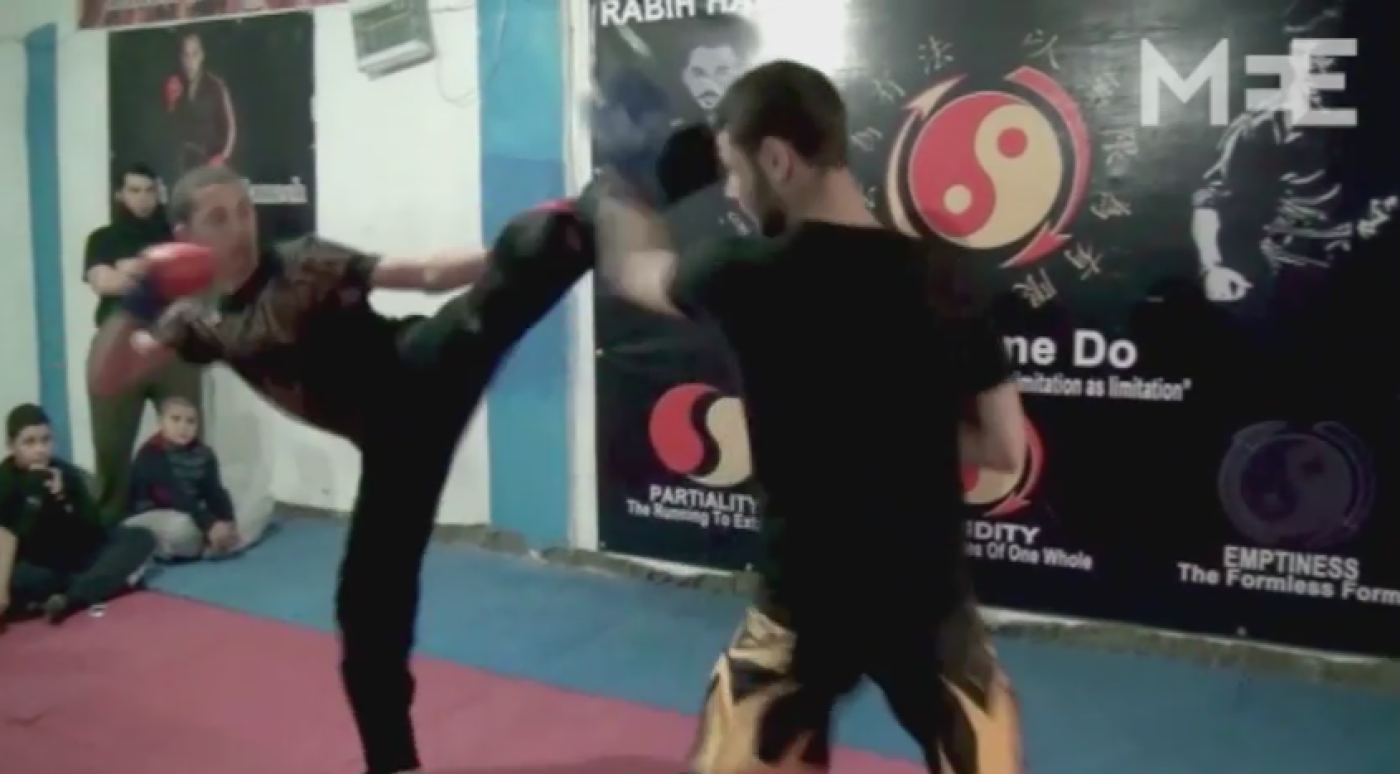 Two young fighters spar in the Black Dragon gym (MEE/Nicholas Lupo)
By
Nicolas Lupo
Tripoli, the second largest city in Lebanon, has suffered from its share of violence and war and is still experiencing the spill-over from the war in neighbouring Syria.
Amidst the violence and chaos a kickboxing academy – the Black Dragon – has been set up to give children and young people a place to train and focus on things other than war.
The school has around 150 students registered there. Amongst them is fifteen year old Omar Abdul-Kader who tells MEE that kickboxing is a great way to make friends and develop new skills and techniques.
Another student Mohamad Khador says that the training and fighting helps him to stay calm and to focus on thoughts of self-control and discipline as wars swirl around them. Even when the fighting descends on Tripoli the students say they can distract themselves from more depresssing thoughts thinking about their training schedules and their next sparring session instead.
Trainer and gym co-founder Rabih Hamzeh echoes this sentiment explaining that battle can cause psychological pressure among the youth and agrees that training is an outlet and a way of positively channeling that pressure. With the gym as their outlet it leaves young men less likely to feel the need to go and find real fighting out in the streets.