Lavish island project was expected to house a five-star hotel and nightclub, but municipality officials have put a stop to it 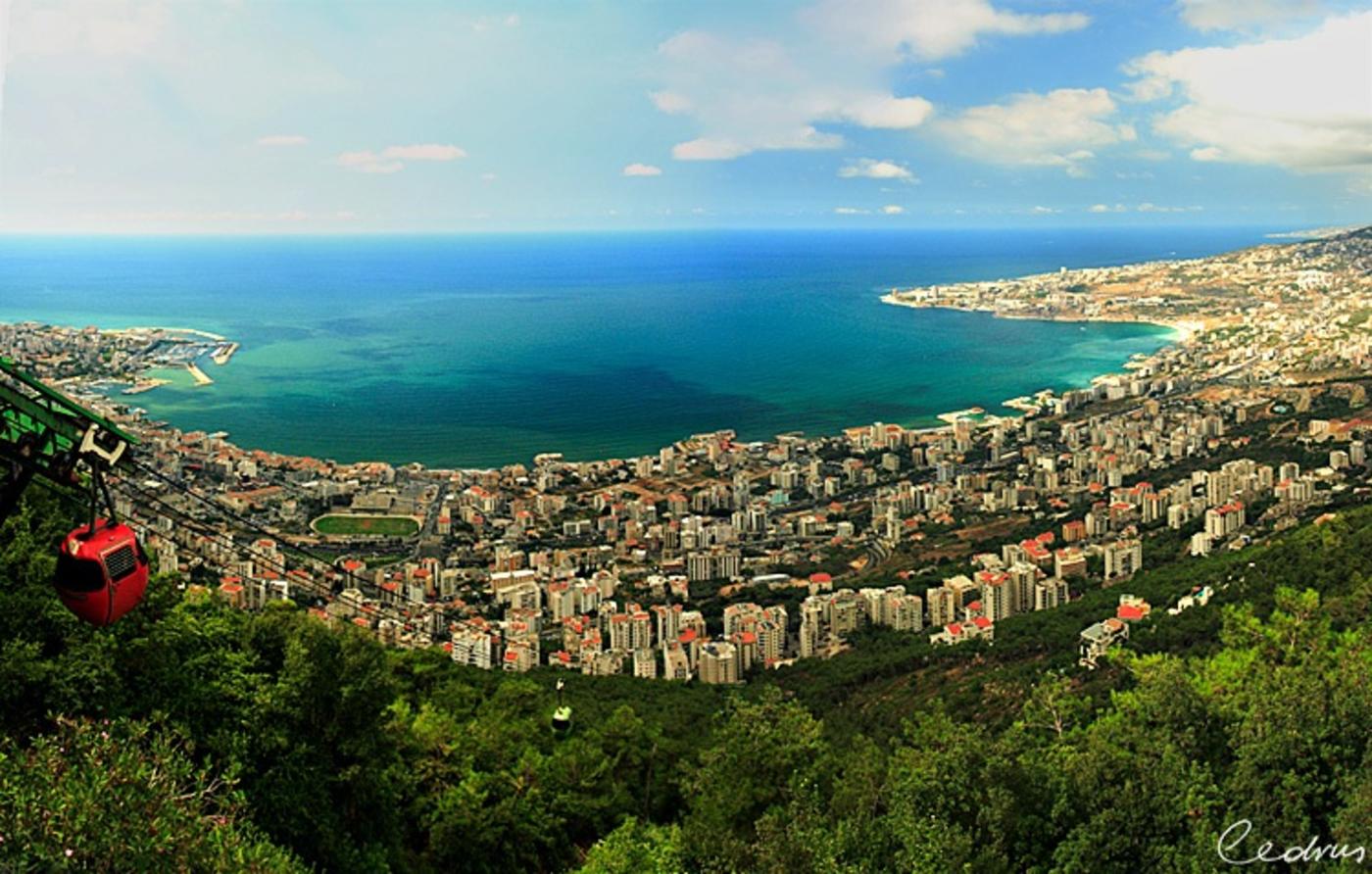 Jouineh Bay, north of Beirut, was going to be home to the floating island project (Fracois354)
Par
MEE staff

Lebanon is quickly becoming well known for its love of the high life and flair for excess and luxury, with an ongoing construction boom creating a list of ever grander and more elaborate construction projects.

Fuelled by expatriate money and an influx of wealthy Gulf nationals who look on Lebanon as a second home, parts of the country have transformed themselves into a playground for the rich and famous, decked out with perks including Versace-designed apartment buildings, bizarre glass buildings or ever-larger string of opulent beach clubs and rooftop bars.

But Lebanon’s drive to becoming a new mecca for outlandish designs was thrown off course recently when municipality officials put an abrupt stop to one of the country’s most outlandish projects yet – the “world’s first floating island”.

The project, which was under construction in Jounieh Bay, just north of Beirut, has been rejected by for apparently being incompatible with the seaside resort town, local daily The Daily Star reported on Tuesday.

“There is no place for the island in Jounieh,” Mayor Antoine Frem told the newspaper.

Frem said the Municipal Council had decided not to grant permission for the project, which was to launch in Jounieh in summer 2015, adding that the municipality did not have the capacity to accommodate the island’s guests.

“A project of this caliber needs to be constructed in an area that does not have a dense population” Frem said, stressing that it would require infrastructure and a large number of parking spaces.

The mayor also raised environmental concerns, saying that the mechanisms for waste and sewage management had yet to be resolved and could impact the busy beach town.

The floating island project is designed to be a self-sustaining independent structure that would be anchored facing the famous bay.

The large structure would have a main deck 1 to 2 meters above sea level and will contain a five-star hotel that would cover a surface area of 3,400 square meters, and be kitted out with 64 rooms. The “floating island” would also house a gym, nightclub, further restaurant, as well as a helipad and various sporting facilities.

The island is a pet project headed by the Daou family which heads the Beirut International Marine Industry and Commerce company has been working on the scheme for 15 years.

Founder and chairman Abdullah Daou told The Daily Star that the company received legal permission for the project from the municipality from the former mayor, but that Frem has since blocked the venture.

“The Jounieh floating island company is not a part of any political conflict in Lebanon, and especially in Jounieh,” Daou said, urging Frem to have a serious look into the issue.

"We have legal permission to construct the floating island and we do not work unless [in line] with Lebanese law," he said.