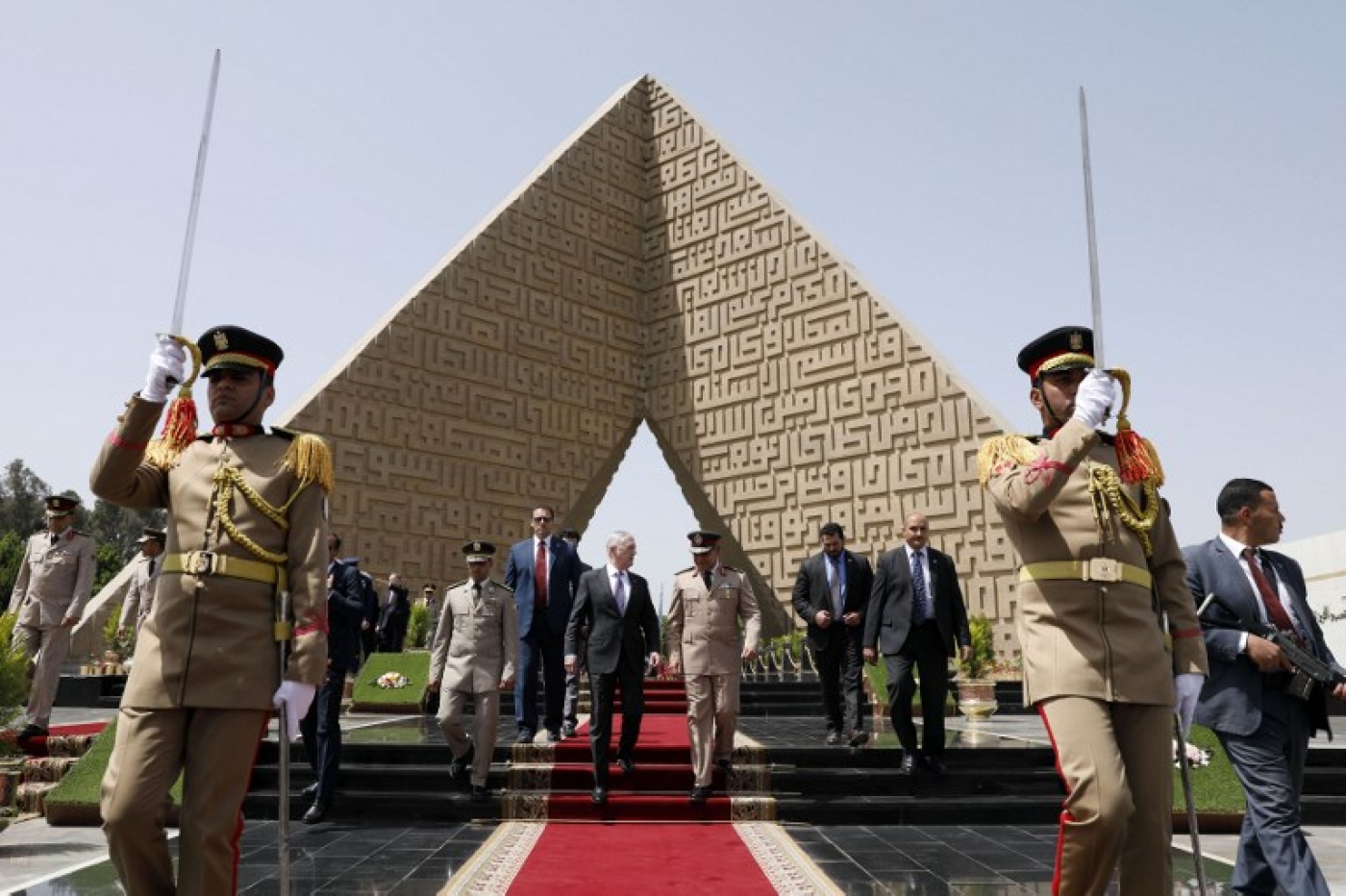 Members of the Egyptian military are responsible for at least seven unlawful killings, including shooting a 17-year-old child, according to human rights campaigners.

Amnesty International has said that evidence gleaned from interviews, and photographs combined with a video leaked on Thursday where Egyptian soldiers appear to shoot dead two unarmed men, show that the Egyptian military is committing "extrajudicial executions" in the restive Northern Sinai region.

"The ease with which the members of the Egyptian military forces participated in the killing of defenceless men in cold blood shows that they fear no oversight or accountability for their actions," said Najia Bounaim, Amnesty International's campaigns director for North Africa.

"These killings amount to extrajudicial executions, crimes which Egypt has an obligation under international law to investigate, prosecute and punish. They fit into a disturbing pattern of apparent such killings in North Sinai," she said.

According to Amnesty, a Facebook statement by Egypt's military spokesperson in December 2016 and YouTube video by the Ministry of Defence on 5 November 2016 showed images of at least two of the victims who are seen being killed in the leaked video. The spokesman said these were "terrorists" killed by the military during counter-terror operations in North Sinai.

Last year I interviewed ex-detainee from military prison near #Sinai. Based on his account, I believe such killings are not an exception

In January, the London-based rights group highlighted the extrajudicial execution of six men by members of the security forces in North Sinai. The men had been in state custody for one to three months at the time of their killing.

The leaked video also shows members of the Egyptian military holding at least two unarmed men in US Humvee armoured vehicles before they were shot dead. The US is Egypt's main supplier of military equipment.

According to the Stockholm International Peace Research Institute, the US has delivered more than 1,000 armoured personnel vehicles to Egypt since 2003, including 100 Humvees.

Human Rights Watch has also raised alarm and in a strongly worded statement released Friday called for the suspension of all arm sales to Egypt.

"Countries that provide weapons, materiel, or training to the Egyptian military should suspend all such assistance as long as the Egyptian armed forces remain responsible for widespread and serious violation of human rights."

The leaked video shows that at least two of the men killed were unarmed at the time, and analysis of the footage indicates that the arms were later planted by the military next to their bodies to make it appear as if they were fighters killed after an exchange of fire.

Amnesty said that according to its sources in Sinai, Thursday's video was shot in a desert area that lies between south Sheikh Zowaid and Rafah in North Sinai. Online local news outlet Sinai 24 reported that two of the victims were brothers, named Abd el-Hady Sabry, aged 16, and Dawood Sabry, aged 19. They both belong to a tribe called al-Awabda from Rafah town on the Egypt-Israel border.

This is consistent with the video, which shows that prior to being shot dead one of the teenagers said that he belonged to the al-Awabda tribe and was from Rafah.

"It is crucial that those responsible for these appalling killings do not go unpunished.  A failure to prosecute and punish those responsible will further fuel the pervasive impunity for crimes committed by security forces and give a green light for an escalation of violations," added Najia Bounaim.

Since the military removed former president Mohamed Morsi in July 2013, violence has significantly increased in North Sinai, an underdeveloped and long-marginalized governorate that borders Israel and Gaza.

The militant group Ansar Beit al-Maqdis, which pledged allegiance to the Islamic State group and renamed itself Sinai Province in November 2014, has established a stronghold in the area and waged a series of attacks on Egyptian police and armed forces there, in addition to targeting Christians and suspected collaborators.

Since 2013, North Sinai has experienced at least 1,500 armed attacks, which have killed dozens of civilians and hundreds of members of the security forces, according to the Tahrir Institute for Middle East Policy.

In response, Egypt has deployed more forces to the Sinai than at any time since the country's 1973 war with Israel. President Abdel Fattah al-Sisi, who as defense minister orchestrated Morsi's overthrow, has repeatedly stated that Egypt is in a "state of war" and compared recent operations to the previous conflicts with Israel, in 1973 and 1967.

Amnesty International calls on POTUS to use the visit to pressure #Egypt President Sisi on his human rights record https://t.co/UM9XHnJhmL

The counterterrorism campaign in North Sinai has been rife with abuses.

Between July 2013 and August 2015, Egyptian authorities destroyed around half of the town of Rafah, on the border with the Gaza Strip, evicting thousands of families, and demolished at least 3,255 buildings. Dozens of families Human Rights Watch interviewed in 2016 and 2017 reported numerous arbitrary arrests, enforced disappearances, torture, and extrajudicial killings by Egyptian military and interior ministry forces.

The Egyptian military said Thursday it killed a senior Islamic State group cleric and 18 jihadists in air strikes in the Sinai Peninsula.

The release of the clip on Thursday came hours after US Defence Secretary Jim Mattis pledged support for Sisi and the country's fight against IS during a visit to Cairo.