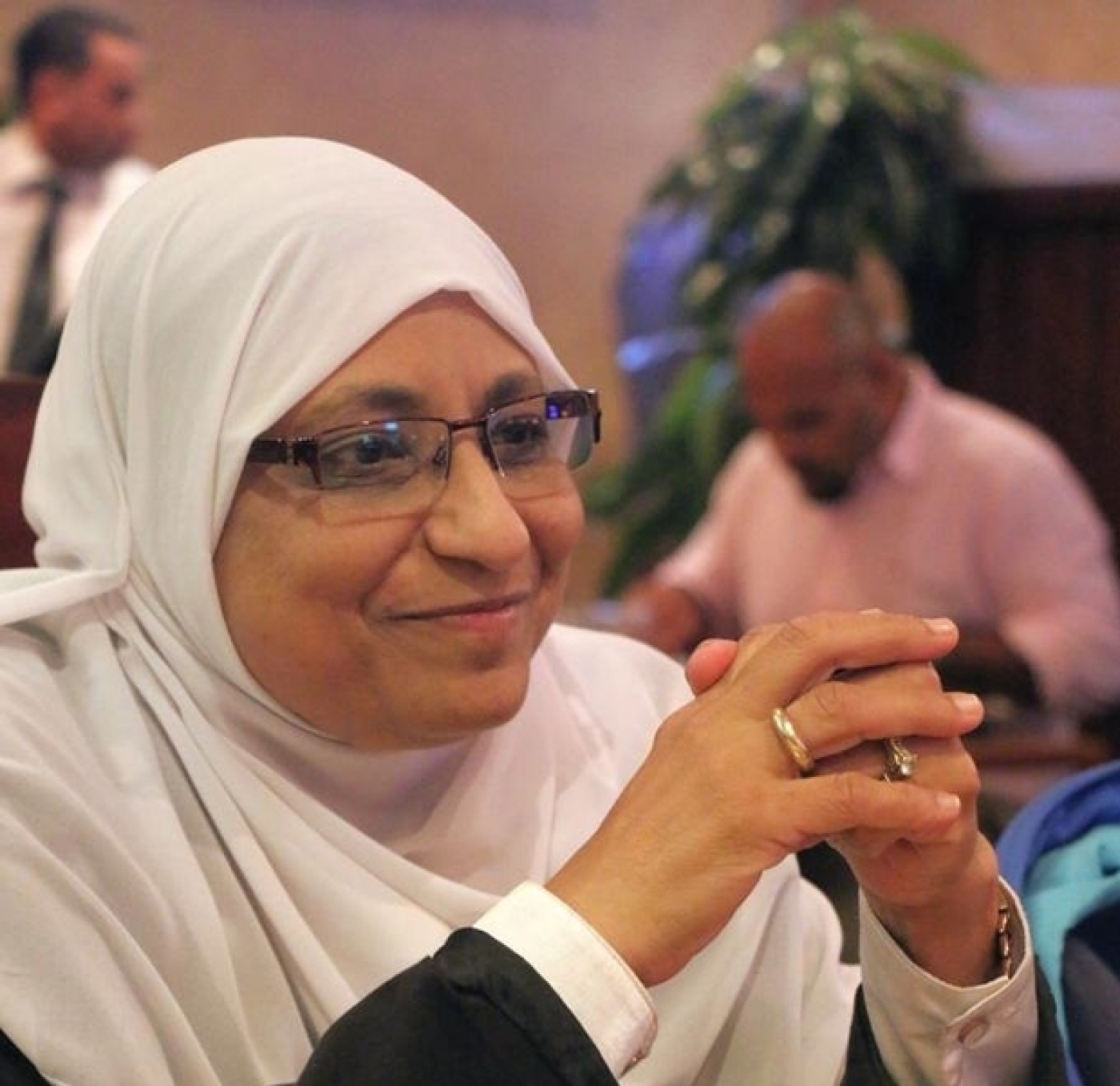 Human rights lawyer Huda Abdelmonem, 60, was arrested from her home at 1:30am (supplied)
Par
MEE staff

Abdelmonem was detained by police after they raided her flat in Cairo, her family said.

Six others in the Egyptian capital were arrested in the raids, according to two rights activists who spoke to Middle East Eye.

Translation: They searched the flat for more than two hours, took my mother and left.

Abdelmonem, 60, is a prominent human rights lawyer and activist who had a leading role in the 2011 revolution that ousted longtime autocrat Hosni Mubarak. She is a former member of the National Council on Human Rights.

Her family said in a statement that her whereabouts remain unknown. They are worried about her health, especially as she has recently been diagnosed with deep vein thrombosis - a blood clot in a vein in her leg affecting her movement and requiring regular medication.

Khaled told MEE that security forces burst into Abdelmonem’s flat at 1:30am when they were sleeping.

“They broke down the door, ransacked the flat and left with suitcases full of books and DVDs,” Khaled said.

Some of those arrested are supporters of the work of the Egyptian Coordination for Rights and Freedoms (ECRF), which announced on Thursday that it has suspended its activities indefinitely.

Ahmed Attar, a London-based researcher at ECRF, said his organisation has decided to suspend its work because “the human rights climate in Egypt is not welcoming to any NGO work”.

The executive director of ECRF, lawyer Ezzat Ghonim, has been missing for months.

He called on the government-appointed National Council for Human Rights to speak out against the arrests.

“The NCHR’s silence on the continuing crackdown on human rights defenders amounts to an implicit support for those practices, and places it as a culprit,” he said.

Thursday’s arrests are part of a crackdown on dissent led by President Abdel Fattah al-Sisi, who came to power after leading a military coup against his predecessor, Mohamed Morsi.

Rights groups have documented at least 60,000 political prisoners since Sisi came to power in 2014, in a crackdown that Human Rights Watch has described as "the worst human rights crisis in the country in decades".