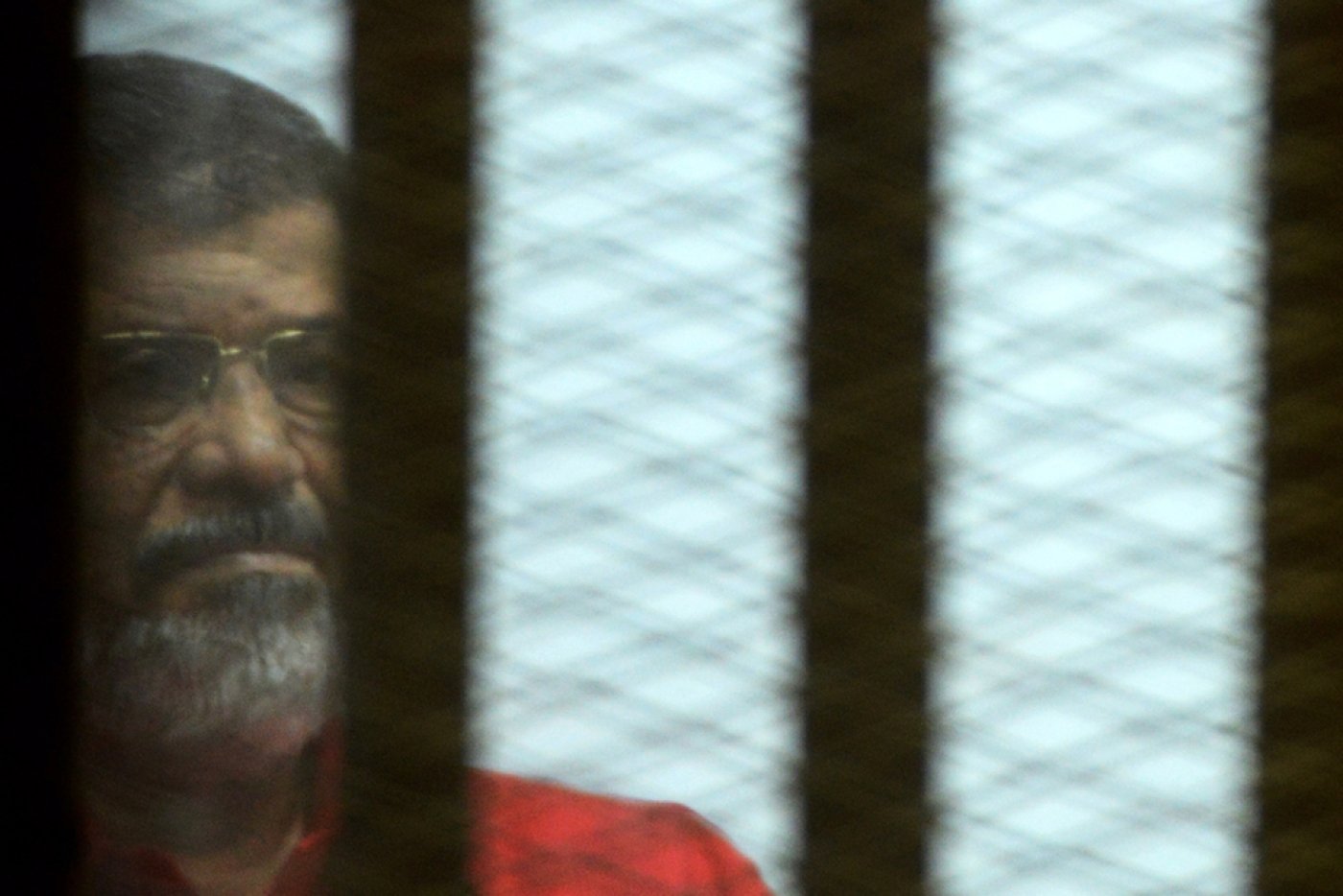 A son of Egypt's jailed former president Mohamed Morsi was released on bail Wednesday hours after he was arrested for belonging to a banned group and spreading "fake news," a judicial source said.

Abdullah Morsi, the youngest son of the deposed Islamist president, was arrested at dawn. He was freed by the prosecutor "on bail of 5,000 pounds" (240 euros), the source said.

Morsi earlier said three state security men accompanied by a special forces officer on Wednesday took his brother Abdullah, along with his ID and mobile phone, from the family house outside Cairo, saying he would be released later in the day.

Both are sons of the jailed former president, Mohamed Morsi.

Abdullah told the Associated Press last week that he was seeking more visitation rights and better health care for his ailing father, who has been held in solitary confinement since the army, led by then-general and now President Abdel Fattah el-Sisi, overthrew him in 2013.

The Morsi family is now worried Abdullah will be held indefinitely.

Morsi’s family, including Abdullah, visited him on 19 September in their third visit since the coup. The two other visits were on 6 November 2013 and 4 June 2017.

Morsi reportedly told his family during the visit he “would never, ever recognise the coup” that ousted him from power.

Details of the visit - the first in which Morsi's three sons were allowed to see him - were recounted by Abdullah to London-based news site Arabi21.

According to the report, Abdullah said the visit by him and his two brothers and sister, along with their mother Najlaa, lasted only 25 minutes and no lawyer was present.

He was sentenced to death and various jail terms totalling 48 years in five separate cases on charges including espionage with Hamas, Hezbollah and Qatar, and insulting the judiciary. He is currently appealing all of the sentences against him.

However, he said Morsi still suffers from chronic diabetes and, as a result of the unhygienic prison conditions and denial of access to medication, he has suffered “severe repercussions,” including extreme weakness in the left eye, ulcers in the mouth and the jaws, and hypoglycemic comas.