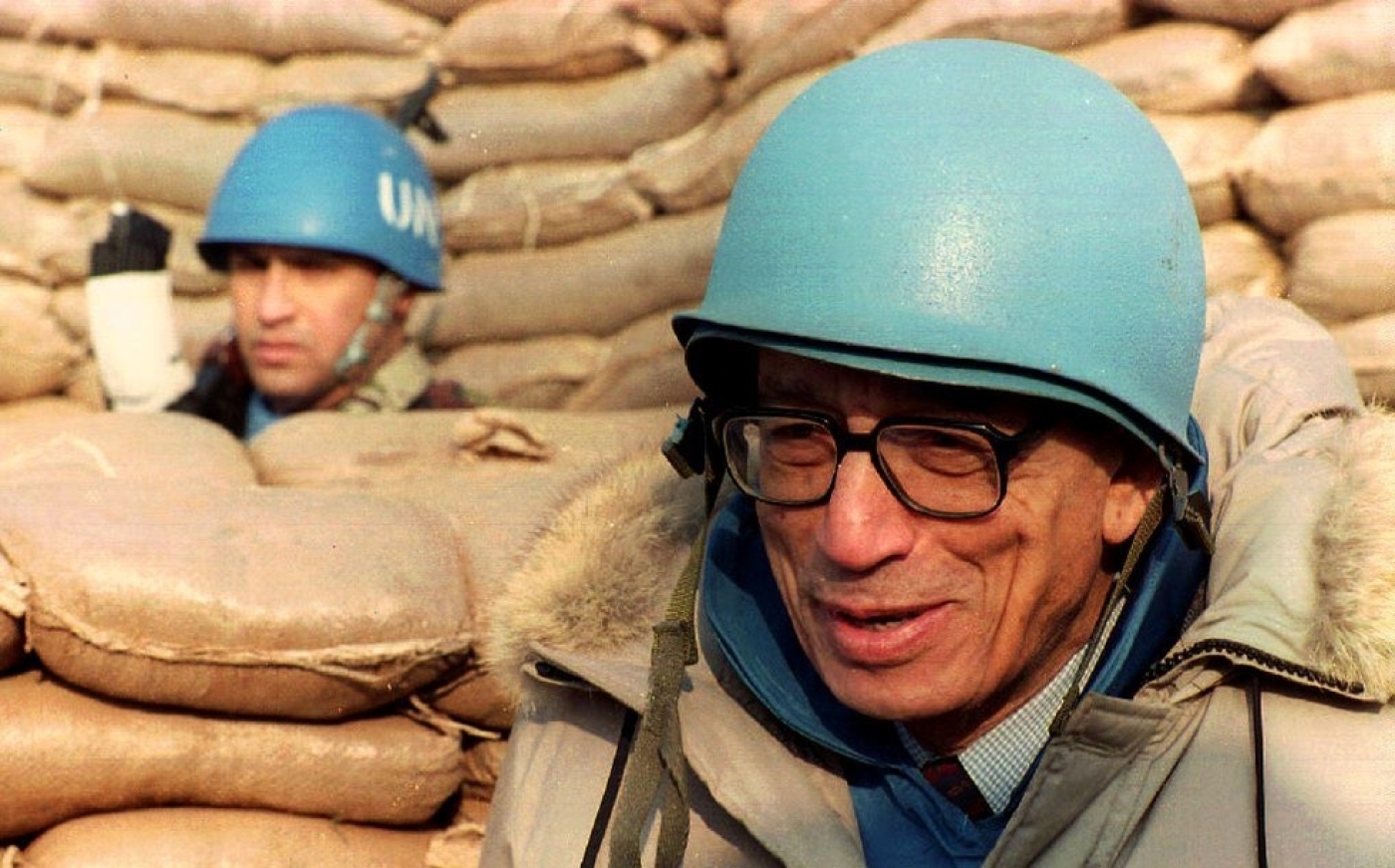 Boutros Boutros-Ghali, the first Arab secretary general of the UN who presided over the organisation during the Balkan wars and the Rwandan genocide, died on Tuesday at the age of 93.

Boutros-Ghali was an academic, former vice-foreign minister of Egypt and Egypt's representative to the UN before being elevated to the UN's top job in January 1992.

From a prominent and wealthy family, he was a professor of international law when President Abdel Nasser’s successor, Anwar Sadat, promoted him to the senior ranks of Egypt's diplomatic corp.

From 1974 to 1977, he was a member of the central committee and political bureau of Egypt's ruling Arab Socialist Union party under President Anwar Sadat.

In September 1978, he attended the Camp David summit conference that led to a peace deal between Egypt and Israel and was signed in 1979.

A political survivor, he served under Sadat's successor, Hosni Mubarak, who made him deputy prime minister.

He was promoted to the UN's general secretary in 1992, but his leadership was greatly tested by the Rwanda and Balkan wars.

His four-year UN role began shortly after the first Gulf War in 1991, which was sanctioned by the UN Security Council and touted as an example of the UN's new teeth in the post-Cold War climate.

However, while he was able to organise the first massive UN relief operation to stop famine in Somalia, he presided over the UN's failure to prevent the 1994 Rwanda genocide and stop the violence.

Estimates vary, but between 100,000 to 300,000 are believed to have died in the Balkan wars between 1991 to 1995, with the UN heavily criticised for not doing enough to stop the genocide in Bosnia.

In 2014, a Dutch court ruled that its peacekeepers, serving under the UN mandate, were responsible for handing over thousands of Bosnian Muslims to Serbian militias during the Srebrenica Massacre in 1995.

As for criticism of the UN in Rwanda, where 800,000 people were massacred while the international community stood by, Boutros-Ghali turned criticism of the UN back on the United States, accusing Washington of failing to act until the genocide had already taken place.

Boutros-Ghali fell out of favour with the Clinton presidency and the US presidential election cycle of 1996 when he became a political bete noir in the campaign of Republican Bob Dole.

The nail in the coffin for Washington was when, in April 1996, he insisted on publishing the findings of the UN inquiry implicating Israel in the killing of 100 civilians who had taken refuge in a United Nations camp in Qanaa in south Lebanon.

He failed in his attempt to be re-elected as secretary general in 1996 after the United States used its veto to prevent a second five-year term.

He died at Al-Salam Hospital in Cairo on Tuesday, an official at the hospital said.