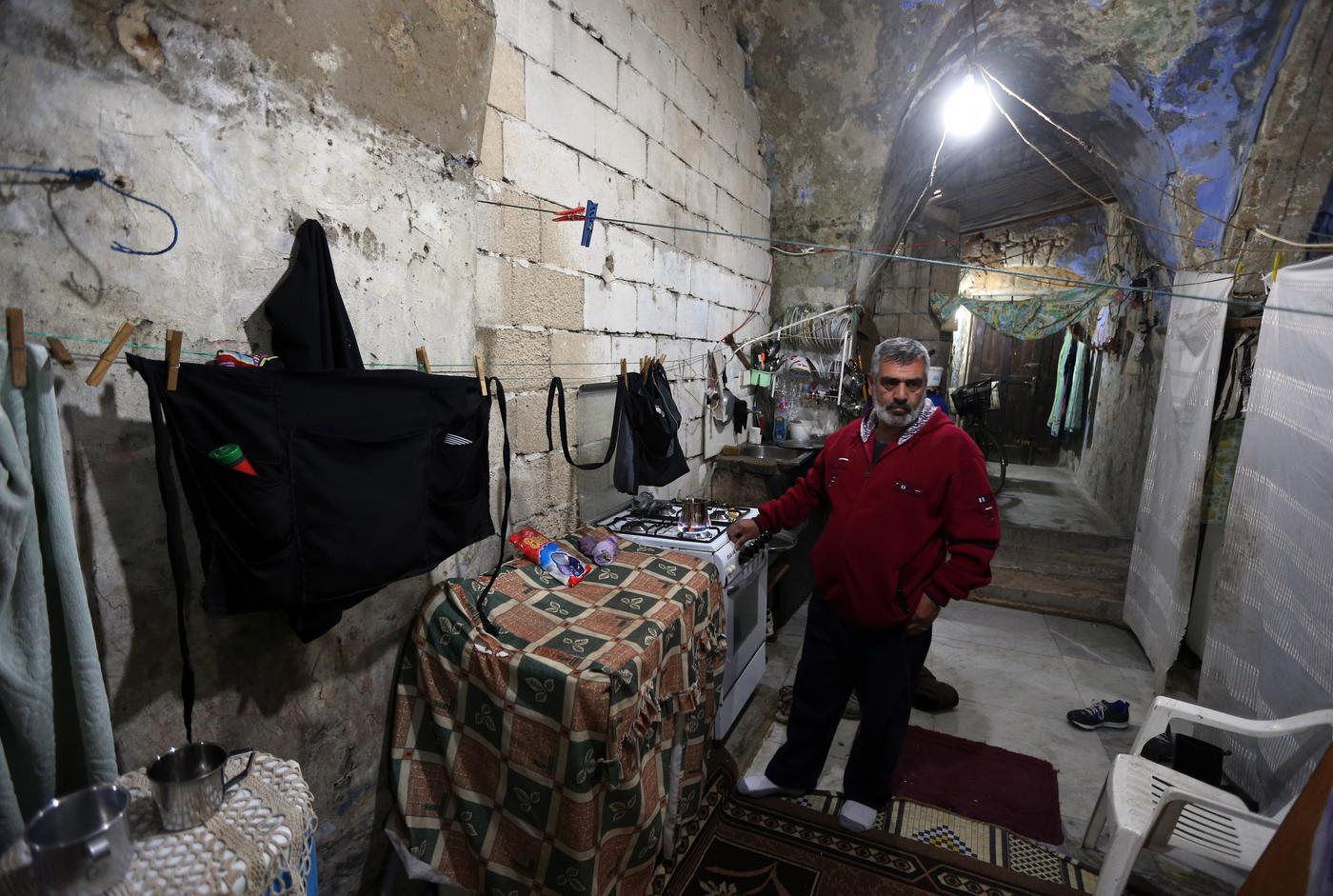 In an alleyway in the Old City of Lebanon's southern city of Sidon, a run-down synagogue that once served a vibrant Jewish community now houses destitute Syrian and Palestinian families.

There are only a handful of signs that the building - abandoned as Lebanon's Jews fled the country in recent decades - was once a house of worship.

The sun shining on the blue paint peeling from its walls enters through a skylight adorned with wrought-iron stars of David.

The remains of a large mural in red and gold decorate the interior, though its Hebrew letters have been painted over.

For decades the building in the heart of Sidon's Jewish quarter was central to the city's Jewish community, which dated back to the Roman era.

But for the last 25 years, Syrian Jihad al-Mohammed has known it simply as home.

Mohammed, who moved to Lebanon for work, lives in the building with his six children, wife and mother - one of five Palestinian and Syrian families who have made their homes in the unlikely setting.

Built in 1850, the synagogue still technically belongs to the Jewish community, but has played host to numerous other residents since the 1982 departure of Sidon's last Jewish family, the Levys.

During Israel's invasion of Lebanon, Israeli soldiers took up positions in the synagogue, and later Syrian intelligence forces set up inside the building.

"It was a house of worship, but for me it's just a house like any other. I'm just a tenant," Mohammed said.

The Syrian's home is set up in the part of the synagogue where men once prayed and includes a kitchen, a small bathroom, two bedrooms and a living room with a television.

On the walls, Hebrew renderings of the Book of Genesis and Jewish laws have been daubed over with red paint.

But while little remains of the synagogue's former life, its past has not been forgotten.

"I've received visitors from Canada, France and Brazil who showed me photos of their (Jewish Lebanese) ancestors from Sidon," said Mohammed.

In 2012, two rabbis from Neturei Karta - a group of anti-Zionist Jews who believe that the state of Israel should not exist - prayed in the synagogue, much to the surprise of its residents.

It was the first prayer held in the building for 40 years, and came as part of a tour that also included a visit to the nearby tomb of Zebulon, one of the sons of the biblical patriarch Jacob.

Nagi Gergi Zeidan, a specialist on the Jews of Lebanon, says the synagogue once housed 50 Torah scrolls dating to the Roman era, which were seized by Israelis during their 1982 invasion.

For now, there is little chance the synagogue will return to its former purpose, though Mohammed said he would leave if asked.

"But I am attached to this place," he said.

Separated from him by a wall is his Palestinian neighbour Warda, who has lived for the past seven years with her children in the female prayer section of the synagogue.

She grew up in the neighbourhood with her parents, who were expelled from their land after Israel's creation in 1948.

"I remember playing with Jewish children and seeing Jewish women praying here on the wooden benches," she said, showing off the living room she has fashioned.

She recalled the kippa hats worn by the faithful, and the Sabbath, when she would turn on the lights for observant Jews who could not operate machinery during the day of rest.

"There was no tension. But when Israel invaded, they became afraid and they left. There is no one left."

In Sidon, where there are still buildings bearing the names of Jewish families like Nigri, Hadid and Balanciano, the community numbered more than 1,000 in 1956, but had disappeared completely by 1985.

Now just a handful of buildings that were once synagogues remain in Lebanon, including one in Tripoli that has been turned into a fabric dye shop, and the Maghen Abraham synagogue in Beirut, which is being renovated.

"The departure of the Jews of Lebanon was like tearing an arm from a body," Zeidan said. 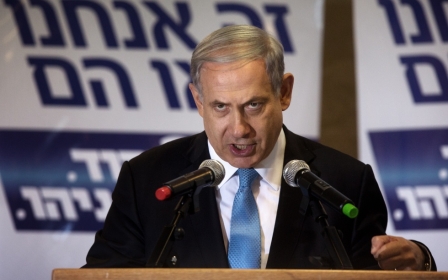 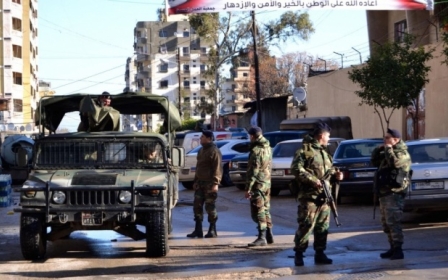 Inside Lebanon
The raid on Roumieh, Lebanon’s prison-state
Belen Fernandez