One point seemed to dominate them all: A woman's right and freedom to choose 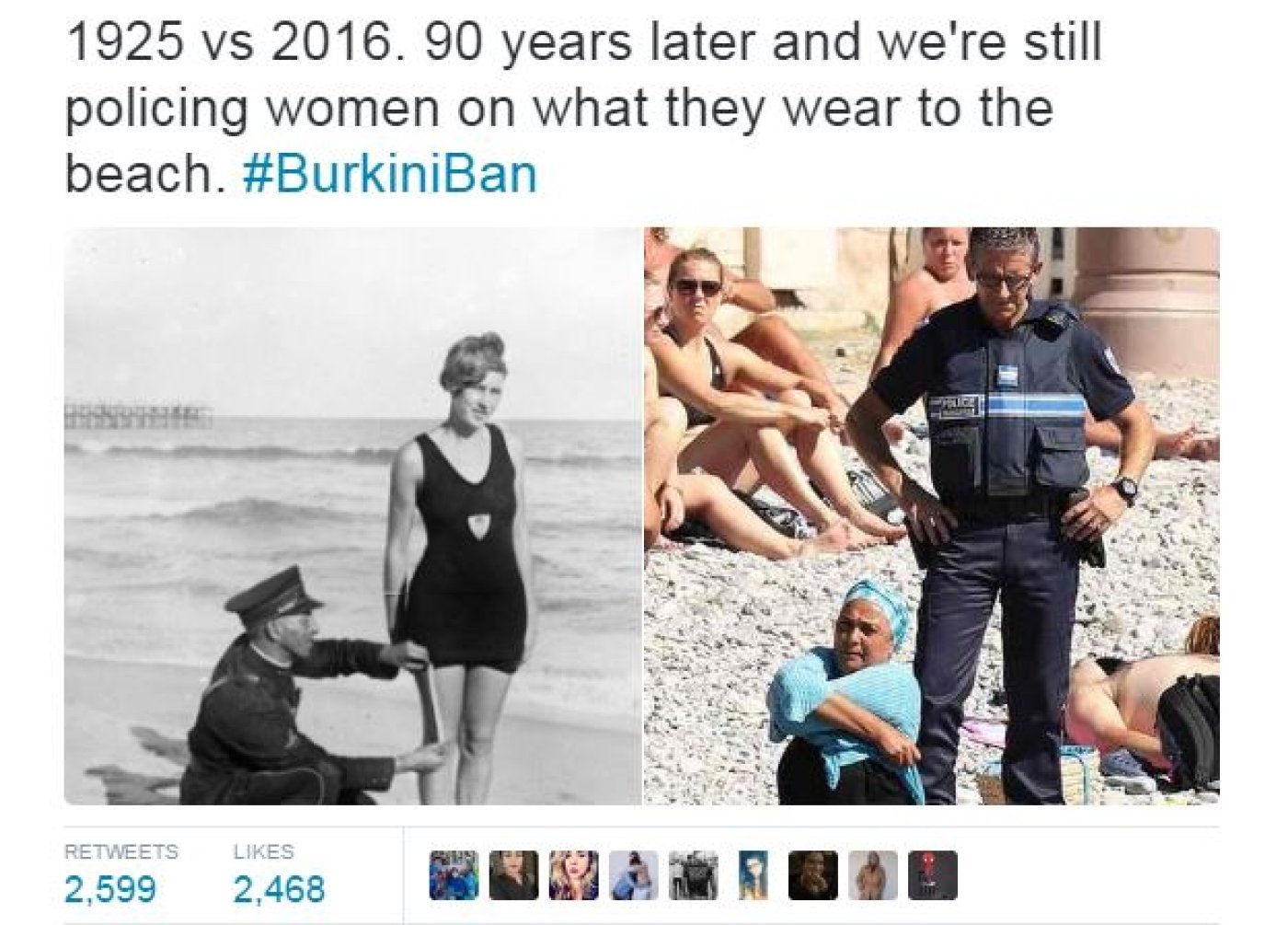 The French ban on the burkini has taken yet another turn as armed police officers, holding batons and pepper spray, ordered a Muslim woman to strip off on a busy beach in Cannes.

The images went viral on social media late on Tuesday and the hashtags #BurkiniBan and #WTFFRANCE started trending worldwide, with many people expressing shock and outrage.

Some people delved into history to make a point

1925 vs 2016. 90 years later and we're still policing women on what they wear to the beach. #BurkiniBan pic.twitter.com/gOUKM8H8NZ

The burkini ban - and the violent policing of it - is so horrific, and so surreal. How can you force women to undress and speak of freedom?

Said it before & now again: French 'feminists' & much of the French Left are a total disgrace when it comes to the rights of Muslim women.

One of the basic tenets of feminism is that women are in charge of their bodies. France's #BurkiniBan should offend feminists everywhere.

It seems hatred of a woman's right to choose comes in every shape and size. #BurkiniBan

With scepticism about the measure's ability to improve security rife

Wait a minute - this year, Saudi revoked their morality police's right to arrest people, so France - you've moved into the lead. #Mubrook

If you ever wondered what an inverse Taliban looked like:
https://t.co/XPYk0TjGSR

Wonder how world would react if armed Dubai police forced these women to wear a burka and fined them? #BurkiniBan pic.twitter.com/CA7mZVoxgd

.@mrjamesob on the #BurkiniBan: "How would you feel if a nun was forced to take off her habit on a beach?” https://t.co/iyVPrjI3ik

If a Catholic nun in a habit sat on the beach in Nice would you force her to strip in the name of secularism? #BurkiniBan

UK politicians got stuck into the debate too

Armed police force woman to take her clothes off. What part of that sentence is OK? #BurkiniBan

And a few users chirped in with some irony

Then there was Nigella... Islamophobia
Welcome to the 'French paradox': Burkinis and hypocrisy towards Muslims
Widad Ketfi