A Yemeni couple stroll along the seashore in the port city of Aden, on 23 November 23, 2010 (AFP)
Par
Mamoon Alabbasi

Saudi Arabia's grand mufti, Abdul Aziz bin Abdullah, denied issuing a religious edict that allows a man to eat his wife in the event of extreme hunger, after the fabricated fatwa spread in social media and was reported in numerous news outlets on Thursday.

"What has been attributed to us in the shape of a misleading fatwa is nothing but a lie, in form and in essence, in order to distort the image of Islam, which has elevated and dignified human beings without exception, be they men or women," the mufti was quoted as saying by the Saudi Press Agency.

The mufti then quotes the Quran [49:6]: "O believers, if an evildoer comes to you with some news, verify it (investigate to ascertain the truth), lest you should harm others unwittingly and then regret what you have done."

The fabricated fatwa, which was falsely attributed to the mufti, said allowing a starving husband to eat his wife was "evidence of the sacrifice of women and obedience to her husband and her desire for the two to become one," went viral on social media.

It was tweeted by the founder and former leader of the far-right group, the English Defence League, Tommy Robinson, who commented "they really are mad."

In addition to wide circulation in social media, the fake fatwa also made it to a number of established media outlets, both in Arabic and in English.

"Top Saudi mufti reportedly issues fatwa allowing starving husbands to eat wives," was the headline of the Jerusalem Post, which quoted the London-based daily al-Quds al-Arabi as its source.

However, al-Quds al-Arabi referred to allegations made on Twitter as the basis of its story, which it later changed following the official denial from the Saudi mufti.

"Saudi grand mufti 'issues fatwa permitting man to chop up and eat wife in event of extreme hunger'," was the headline of the International Business Times, which was widely quoted by Tweeters and other media outlets.

One of the sources for the IB Times article was an article in an Egyptian media outlet which mentioned talk of the fatwa in social media but added that the ruling edict does not belong to the mufti as it does not appear in his official website.

But the IB Times also referred to an article in the Lebanese Joumhouria media outlet, which ran the story on 7 April without citing a source.

Also on 7 April, the London-based daily Rai al-Youm ran the story too, again without citing a source, apparently before the false news went viral on social media.

On Friday, the Saudi-funded Alarabiya.net said the false news was carried by "several pro-Iranian media outlets" over the past few days.

And the website OnIslam said that the news of the fabricated fatwa "further spread by some Twitter users as part of the current media war related to the Saudi airstrikes against Houthis in Yemen."

The idea itself, however, apparently started as a satirical post by a Moroccan blogger named Israfil al-Maghrebi published on 29 March, according to CNN Arabic.

The story, which has been widely reported in the Arab press, also made it to anti-Islamic websites.

"The Mufti Of Saudi Arabia Passes A Fatwa That A Muslim Can Cannibalize And Eat His Wife," was the headline of an article at the website Shoebat.com.

Among the 121 comments that the article attracted, was: "Only a Muslim would even consider such an abomination. Pure evil."

In another website where the false news was reported, one commentator said that the fatwa is "a fabricated rumour" as "there is no such comment on [the mufti's] website" - to which another commentator replied: "How we can be sure that he said nothing like that?"

The Saudi mufti, like many clerics and politicians across the religious and sectarian divides in the region, is not new to courting controversy by making statements that are neither falsely attributed to him nor taken out of context.

However, in times of heightened ideological and political tensions in the Middle East, and amid a Saudi-led bombing campaign against the Houthi militia in Yemen, the ground appears to be more fertile for disinformation to spread. 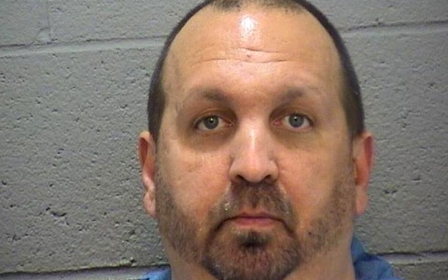