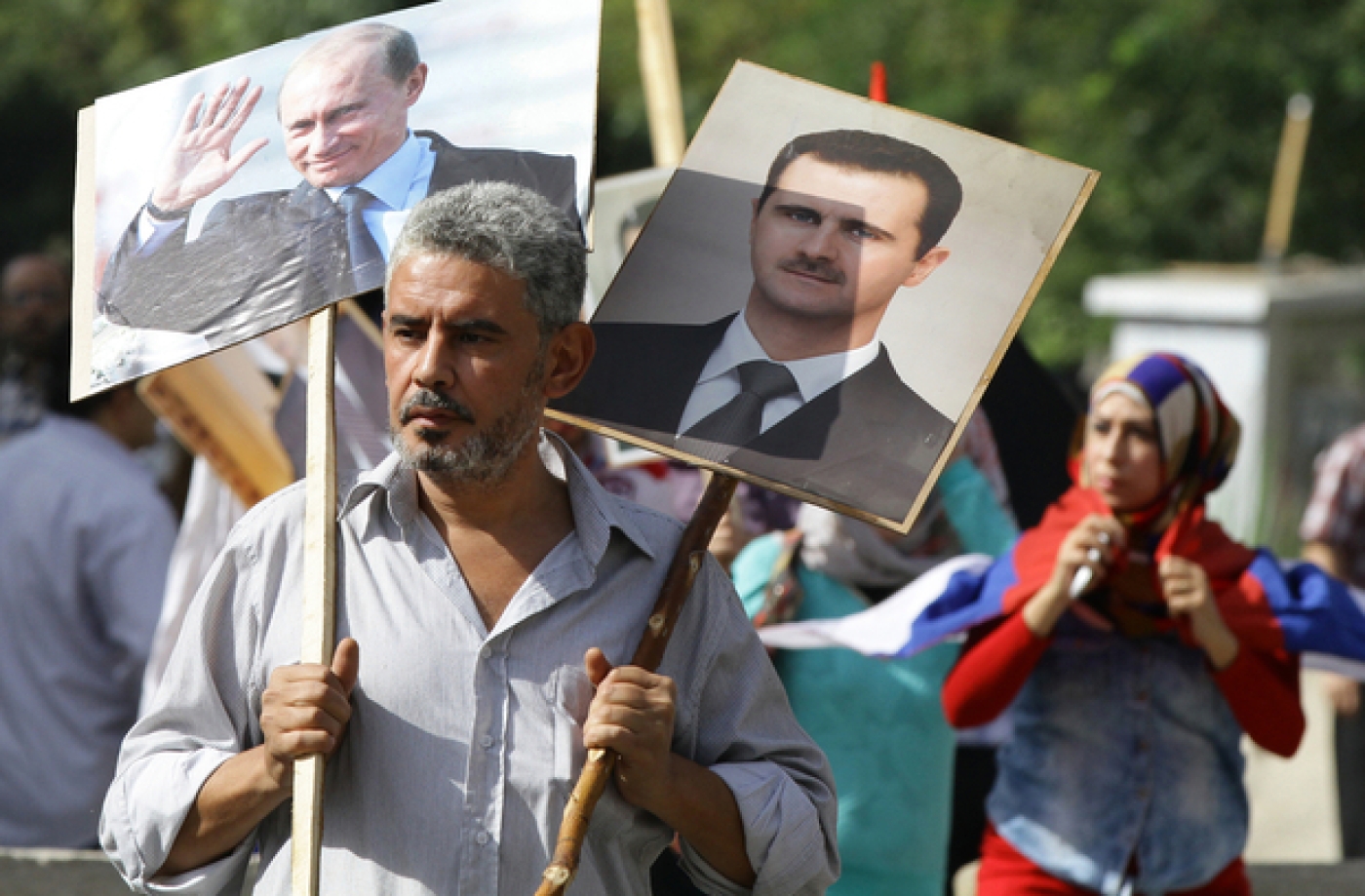 AMMAN - Free Syrian Army (FSA) factions in Syria’s rebel-held south detained two local opposition leaders this week for their participation in peace talks with representatives of the Syrian government and Russia in the Black Sea resort of Sochi.

Rebel factions are currently holding Khaled al-Sharaa and Faisal al-Shahadat, who attended the Congress of Syrian National Dialogue in Sochi on 30 January, under detention in the western Daraa town of Dael, a local rebel spokesman and the president of Daraa’s opposition court system told Syria Direct on Tuesday.

The two men are awaiting a transfer to the Court of Justice, the primary judicial body in Syria’s rebel-held south, “so they can be held accountable” for attending the widely boycotted Sochi talks, Sheikh Asmet al-Abassi, the court’s president, told Syria Direct also on Tuesday.

The rebel-held town of Dael, home to roughly 45,000 residents, is controlled by an array of FSA brigades - each faction largely composed of local fighters and often affiliated with a regional tribe.

Currently, al-Sharaa and al-Shahadat are in the custody of the rebel groups affiliated with their respective tribes, but the brigades will soon hand over the two detained men to the Court of Justice, a rebel commander in Dael, who asked not to be identified by name, told Syria Direct.

“The tribes want to hand them over,” said the rebel commander, a member of the Dael Military Council, a coalition of the town’s rebel factions. “All who attended Sochi...who serve the regime will be held accountable.”

The Court of Justice issued arrest warrants on 3 February for al-Sharaa and al-Shahadat as well as a third delegate, originally from Dael, who attended the Russian-hosted talks but currently resides in government-held Damascus.

The arrest warrants, images of which circulated on social media this week, do not specify a crime. However, the Houran Revolutionary Council, an opposition civil society organisation who appealed for the delegates’ arrest, is calling for the judiciary body to charge the men with “treason and direct contact with foreign parties,” according to a 31 January statement addressed to the Court of Justice.

“We appealed to the Court of Justice’s public prosecutor, who then issued arrest warrants for those who returned to opposition territories after attending Sochi,” Dr Mohammad a-Zouabi, president of the Houran Revolutionary Council, told Syria Direct.

Opposition factions, councils and civil society organisations boycotted the Sochi talks, citing Russia’s inability to be a guarantor of peace in due to its air campaign on rebel territories, among other reasons.

The London-based Syrian Network for Human Rights released a joint statement on 3 January entitled “Sochi Conference Threatens Syria Peace Process”. The nearly 150 signatories of the statement included the Daraa Provincial Council, the Daraa Bar Association, the Court of Justice in Daraa and the Dael Local Council.

Translation: The Syrian High Negotiations Committee and Syrian opposition announce a boycott of the Sochi Conference held by Russia on January 29 and 30

“Russia’s military intervention in Syria and its repeated use of the veto at the United Nations Security Council makes Russia a party to the conflict,” the statement read. “Russia cannot be regarded as either a neutral media or a fair convener of a national dialogue process."

The High Negotiations Committee, the Syrian opposition’s main negotiating body, announced on January 26 it would not take part in the Sochi talks after two days of UN-sponsored talks between the Syrian government and opposition delegates in Vienna.

An estimated 100 opposition representatives attended the Sochi talks on 30 January, a former rebel commander told Syria Direct from inside the conference at the time.

The opposition members were among “about 1,500 persons representing spectrum of the Syrian society” who participated in the talks, Syria state media outlet SANA reported on 30 January.

Despite calls for treason charges, Court of Justice president Sheikh Asmet al-Abassi told Syria Direct on Tuesday that the judiciary had not yet issued any decisions regarding the two delegates who attended the Sochi talks.

“The verdict will certainly not be issued without the court hearing the statements of the accused and evidence of the crimes against them,” he said.