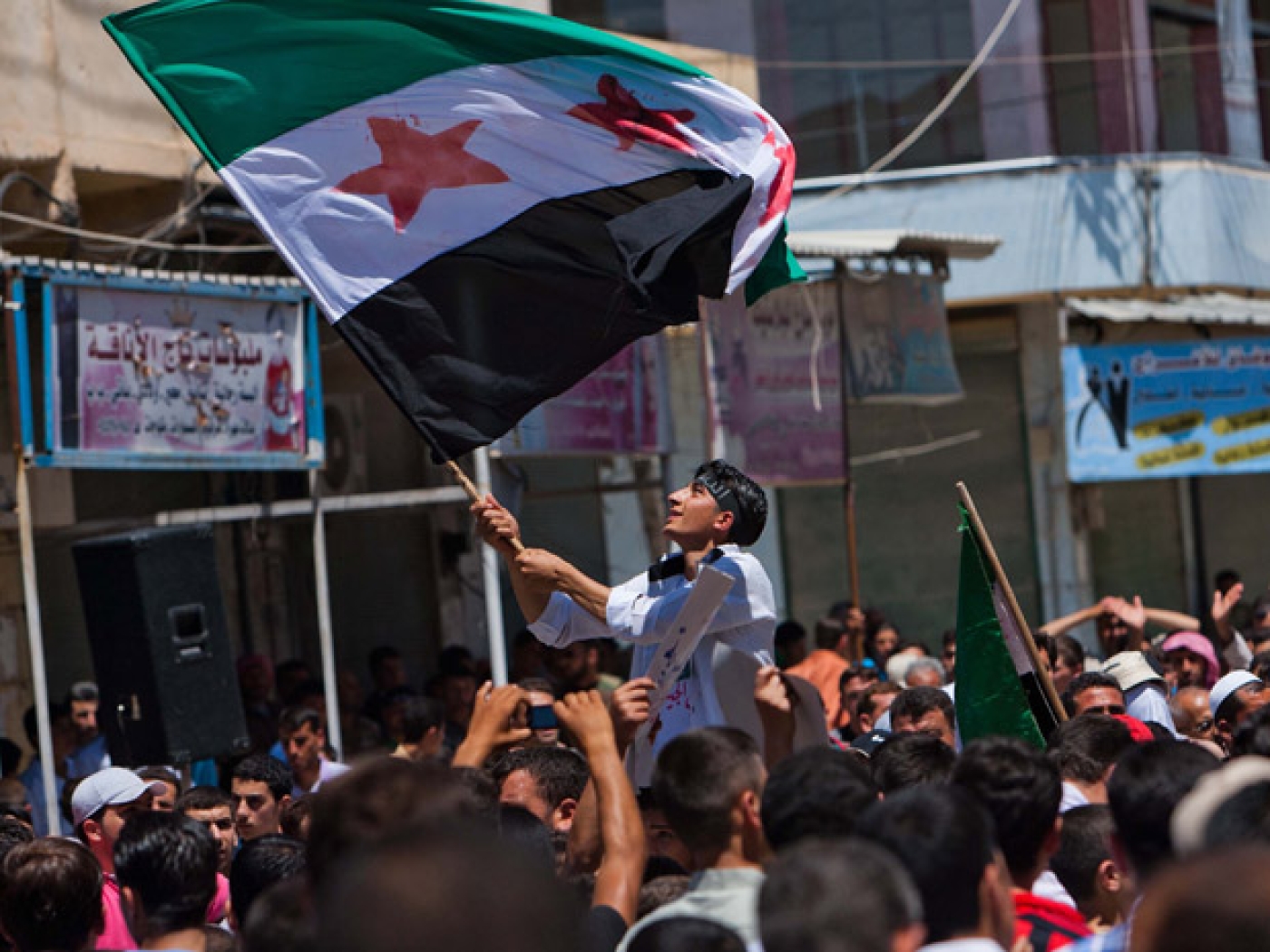 A flag banned by FIFA from football stadiums because of its association with Syria's rebels features on one of the world football governing body's own official World Cup posters for sale via its website.

Spectators who attempted to attend a World Cup qualifier between Australia and Syria in Sydney on Tuesday carrying the green, white and black flag which was adopted by supporters of Syria's revolution in 2011 were barred from entering the stadium on the grounds that political symbols are banned by FIFA rules.

Reports that people who smuggled in other flags are having them confiscated by security #AUSvSYR pic.twitter.com/Nv7MFPVl3y

Syria lost the match 2-1 after extra time to lose the two-legged tie 3-2 on aggregate, ending their hopes of qualifying for next year's World Cup finals in Russia.

A notice at the venue warned spectators that only supporters carrying the official red, white and black flag of the Syrian Arab Republic woul be allowed to take their flags into the stadium.

Flags explicitly banned included the opposition flag, which is based on the Syrian independence flag dating from 1932, and which was commonly seen at protests against Syrian President Bashar al-Assad's government in 2011 and subsequently used by Free Syrian Army rebels.

The Free #Syria revolution flag banned but the face of the cold blood mass killer was ok at the World Cup qualification in #Australia. SUCKS pic.twitter.com/PgLycGnoNI

A notice said: "National flags and political flags, banners or emblems (other than the national flags of the competing teams, and other flags approved by FIFA and the venue) are not permitted into the Stadium".

Yet Syria's independence flag features on FIFA's own official poster for the 1950 World Cup tournament in Brazil, in which a selection of flags are emblazoned on the sock of a footballer kicking a ball.

The logo was subsequently amended to remove the flags but prints of the original poster can still be bought for $4.99 on FIFA's website.

MEE asked FIFA whether a football fan who attempted to carry a copy of the poster into a stadium would be barred, but FIFA had not responded at the time of publication.

Stadium stewards took action on Tuesday to remove a "Free Syria" banner which spectators had unfurled during the match, according to reports on social media.

While other images showed supporters wearing t-shirts with the picture of Assad inside the stadium.

Syrian football fans and players have been divided on whether to support the national team's world cup campaign.

Some are concerned that the team's unexpected progress to the later stages of the World Cup qualifiers would be used to bolster support for the Syrian government.

Opponents and human rights groups have accused Damascus of perpetrating war crimes and of indiscriminately bombing civilians during the country's long-running war.

The government routinely dismisses all rebel fighters and militants as terrorists.

Firas al-Khatib, the current team captain, had previously boycotted the national team for five years in support of the uprising after government forces had bombed his home city of Homs.

But he has since had a change of heart, describing the chance to play for Syria in World Cup qualifying as "an honour for a sportsman to represent his country and his team".

Since the outbreak of the civil war, the Syrian team has had to train and play overseas, with most of its home World Cup qualifiers being played in Oman.

Some national team players also joined the uprising with more than 100 players believed to have been arrested by the Syrian government since the revolution began in 2011 and several reported to have been tortured and killed.

Anas Ammo of the Syrian Network for Human Rights told ESPN that at least 38 players from Syria's top division of the Syrian professional leagues and dozens from the lower divisions had been killed by the Syrian government. Thirteen players are still missing.

Syria has never qualified for the World Cup, despite its appearance on the poster for the 1950 tournament. 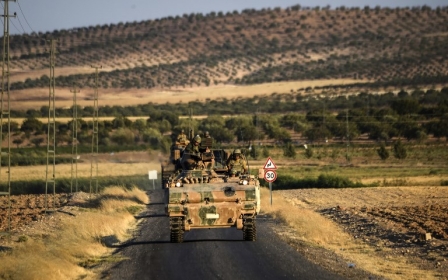