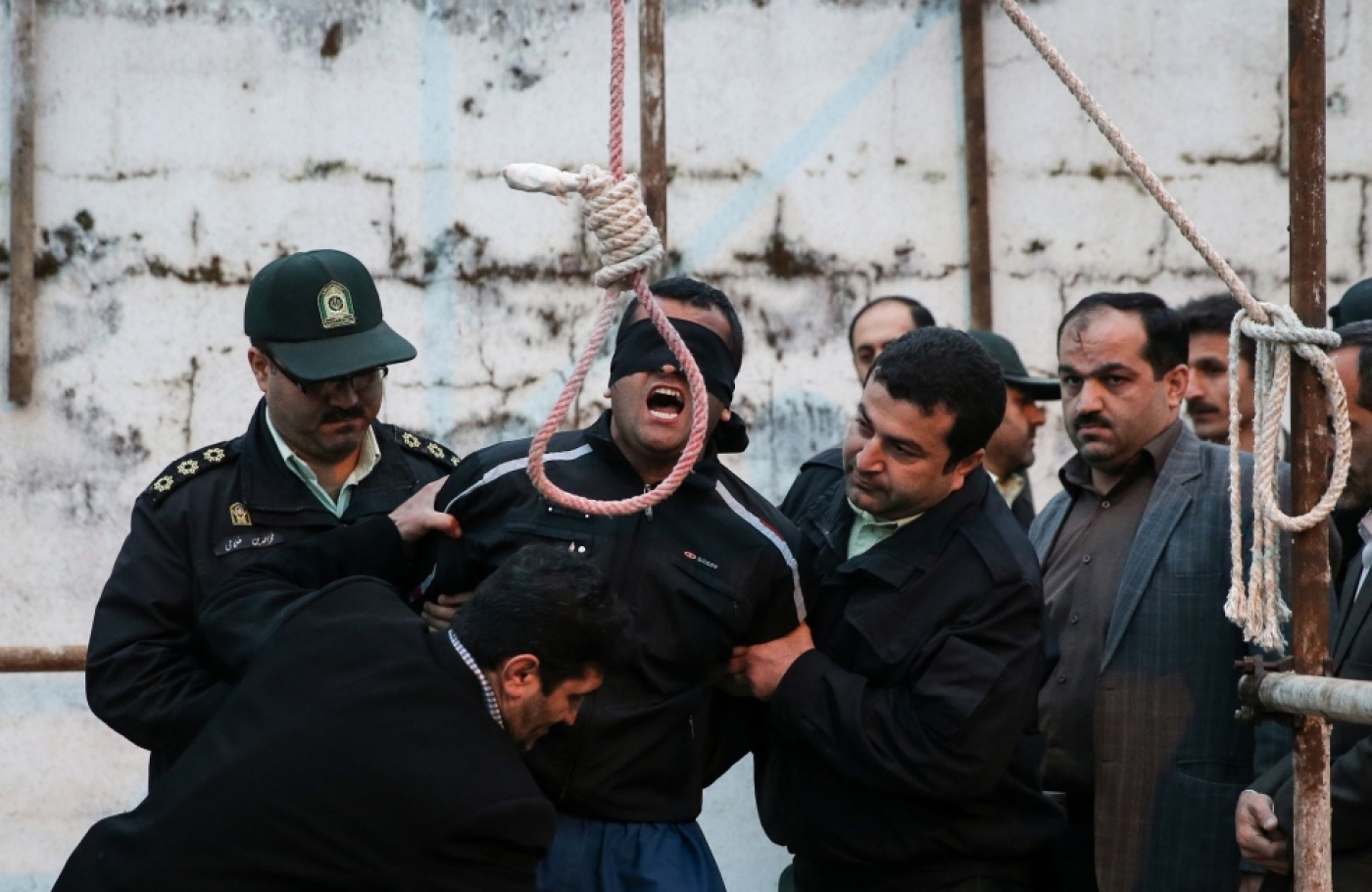 In April, the execution of a young Iranian man was stayed shortly before by the mother of his victim (AFP)
Par
MEE and agencies

The UN has urged Iran not to follow through with the execution of a woman convicted of murdering her husband as a child.

UN High Commissioner for Human Rights Navi Pillay has called on Iran to impose a moratorium on the execution of Razieh Ebrahimi, citing international law which prohibits the execution of anyone for crimes committed while a child.

Razieh Ebrahimi, now 21, was forced to marry her husband at the age of 14 and gave birth just a year later, Mehr news agency cited her lawyer as saying.

At the age of 17 - and after being subjected to domestic violence - she killed her husband and was later found guilty of murder, said the lawyer, who was not identified.

Ebrahimi had been due to hang for her crime in April, until the execution was postponed. In mid-June her lawyer urged the judicial authorities to scrap her sentence.

The UN's Pillay also appealed for clemency and expressed concern over the use of capital punishment in Iran.

"The imminent execution of Razieh Ebrahimi has once again brought into stark focus the unacceptable use of the death penalty against juvenile offenders in Iran," she said in a UN statement.

"Regardless of the circumstances of the crime, the execution of juvenile offenders is clearly prohibited by international human rights law."

Pillay said imposing death sentences on people under 18 was "manifestly incompatible with Iran's international obligations under the International Covenant on Civil and Political Rights and the Convention on the Rights of the Child."

"I urge the Iranian authorities to halt the execution of Razieh and all other juvenile offenders." Iran ratified the convention in 1994.

The statement also highlighted the case of Jannat Mir, a 17-year-old Afghan boy who was hanged in April after being convicted in a drug-related case. It said five other Afghans were executed with him.

Pillay's office says that at least 160 people are reportedly on death row in Iran for crimes allegedly committed when they were minors.

Some have seen the execution as further proof of President Hassan Rouhanu’s failure to implement a new, more liberal consensus in Iran.

More than 600 people were executed in Iran in 2013 according to the Iran Human Rights Documentation Centre, a watchdog. This amounts to a rise of more than one hundred from 2012.

"The new administration has not made any significant improvement in the promotion and protection of freedom of expression and opinion, despite pledges made by the president during his campaign and after his swearing in," Ban said.

"Both offline and online outlets continue to face restrictions including closure," he said.

He singled out the continuing high number of executions still taking place in the country.

"The new government has not changed its approach regarding the application of the death penalty and seems to have followed the practice of previous administrations, which relied heavily on the death penalty to combat crime," Ban said.