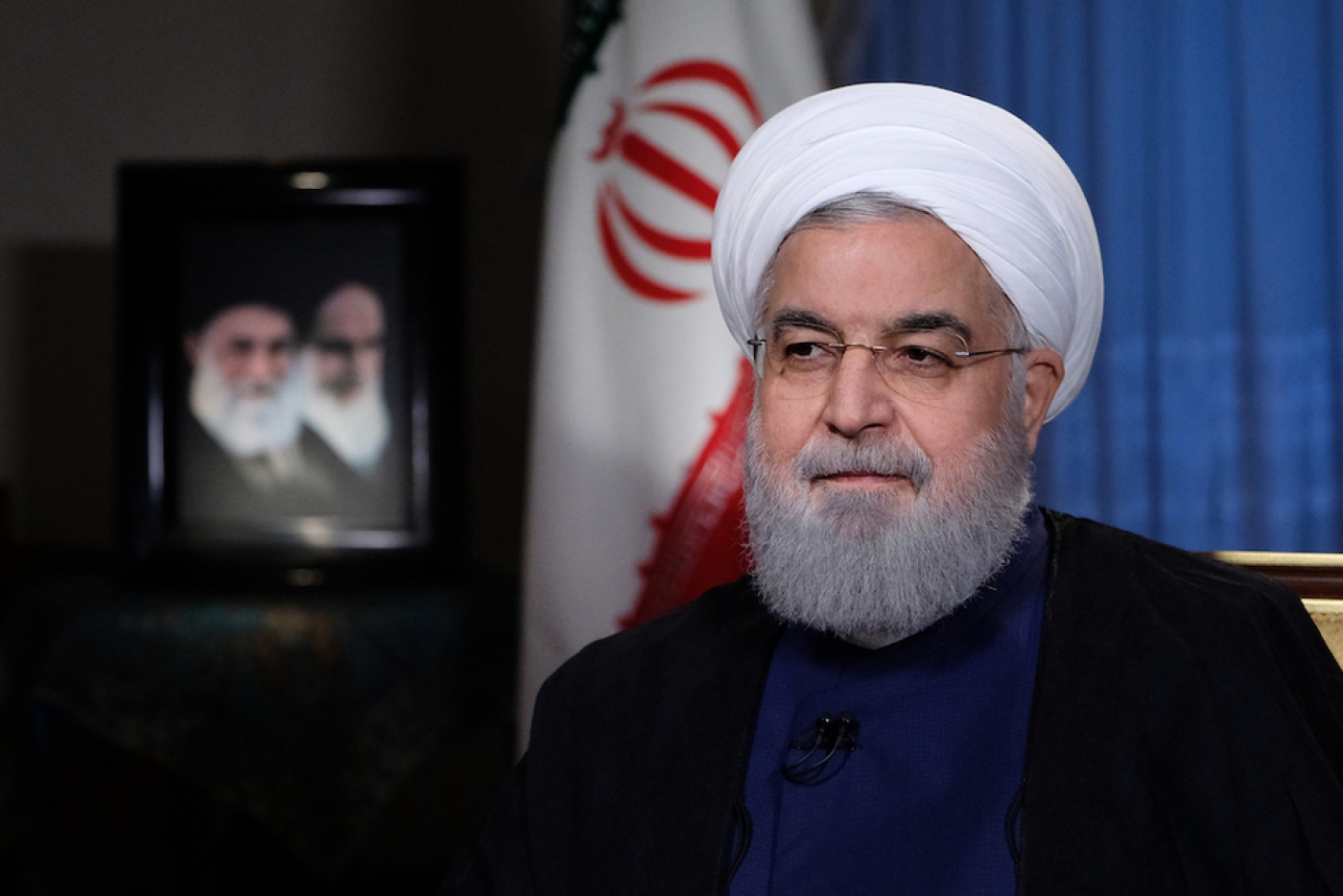 Iranian President Hassan Rouhani called for unity on Saturday in the face of criticism from all sides of his handling of an economic crisis and tensions with the United States.

"Now is not the time to unload our burdens on to somebody else's shoulders. We must help each other," Rouhani said in a televised speech at the shrine of late revolutionary leader Ruhollah Khomeini.

"The country's problems and resisting foreigners' conspiracies is the responsibility of every one of us."

With rapidly rising food prices, a dramatic currency collapse and the reimposition of US sanctions after it abandoned a 2015 nuclear deal, many Iranians are in a bleak mood.

Much of his electoral base among reform-minded urbanites has lost faith in him, while working-class areas have seen months of sporadic strikes and protests that have occasionally turned violent.

Some of the most virulent criticism has come from the hardline religious establishment, which long opposed Rouhani's efforts to rebuild ties with the West.

On 16 August, an image went viral of a protest by seminary students in the shrine city of Qom, at which one placard warned Rouhani would meet the same fate as former president Akbar Hashemi Rafsanjani, who was found dead in a swimming pool last year.

Rouhani sought to play down the differences, saying: "The clerical, religious institutions and the government are alongside each other."

But he added a typically cryptic warning: "No one can walk into the sea and not expect to get his feet wet."

Hardliners have been blamed for stoking economic protests that have sometimes turned against the Islamic system as a whole.

Rouhani still has the support of Supreme Leader Ayatollah Ali Khamenei, who says he must remain in power to avoid further disorder.

But Khamenei has also blamed government mismanagement, rather than foreign hostility, for the current crisis.

"We are aware of people's pain, suffering and problems and all our efforts are geared at reducing these problems," Rouhani pledged.