The ban will apply to people from Iran, Libya, Yemen, Somalia and Chad who do not have family connections to the United States People march as they participate in the '#NoMuslimBanEver' rally in downtown Los Angeles, California on October 15, 2017 (AFP)
Par
Reuters

A US appeals court in California on Monday let part of President Donald Trump's latest travel ban go into effect, ruling that the government can bar entry of people from six Muslim-majority countries if they have no connections to the United States.

The San Francisco-based 9th US Circuit Court of Appeals partially granted a Trump administration request to block a lower court decision that had put the new ban on hold.

The interim decision means the ban will apply to people from Iran, Libya, Syria, Yemen, Somalia and Chad who do not have connections to the United States. Those connections are defined as family relationships and "formal, documented" relationships with US-based entities such as resettlement agencies and universities.

The ruling does not affect people from the two other countries listed in Trump's ban, North Korea and Venezuela.

The state of Hawaii sued to block the latest travel restrictions, arguing that federal immigration law did not give Trump the authority to impose them on six of those countries.

Trump's latest ban, announced on 24 September, was the third version of a policy that targeted several Muslim-majority countries but had been restricted by the courts.

The 9th Circuit is due to hear oral arguments in the case on Dec. 6. In a parallel case from Maryland, a judge also ruled against the Trump administration and partially blocked the ban from going into effect.

An appeal in the Maryland case is being heard on Dec. 8 by the 4th US Circuit Court of Appeals in Richmond, Virginia. 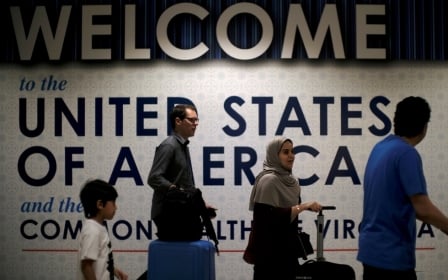