US Vice President Joe Biden on Friday strongly criticised Turkey for failing to set the right "example" on freedom of expression, following the imprisonment of journalists and a sweeping investigation of academics who criticised government policy.

In a rebuke of rare vehemence for Washington's key NATO ally, Biden said Turkey's most recent record in freedom of expression under President Recep Tayyip Erdogan is "not the kind of example that needs to be set".

Speaking at a meeting with civil society representatives in Istanbul, Biden said the United States wanted to see Turkey set a "strong example" for the whole region of what a "vibrant democracy" means.

"The more Turkey succeeds, the stronger the message sent to the entire Middle East and parts of the world who are only beginning to grapple with the notion of freedom," said Biden.

But he lamented recent developments in Turkey, which since 26 November have seen the imprisonment of Cumhuriyet newspaper's editor-in-chief Can Dundar and its Ankara bureau chief Erdem Gul on charges of revealing classified information.

Meanwhile, prosecutors have launched a vast investigation against more than 1,200 academics who signed a petition criticising the military crackdown in the Kurdish-dominated southeast.

Some two dozen academics were detained for questioning and while all were released, they remain under investigation.

Meanwhile, the government has also gained notoriety for ordering blocks on YouTube, Twitter and other social networks during times of crisis.

"When the media are intimidated or imprisoned for critical reporting, when internet freedom is curtailed and social media sites like YouTube or Twitter are shut down, and more than 1,000 academics are accused of treason simply by signing a petition, that's not the kind of example that needs to be set," said Biden.

The US vice president, who arrived in Istanbul on Thursday night, is due to meet Erdogan and Prime Minister Ahmet Davutoglu for critical talks on Saturday.

The US ambassador to Ankara John Bass had already raised hackles among pro-government supporters by saying that the investigation against the academics risked having a "chilling effect" on political discourse in the country.

Erdogan slammed the signatories to the letter, which included notable foreign academics such as Noam Chomsky, dismissing them as "so-called intellectuals" and "fifth columns".

"You are people in the dark. You are not intellectuals!" he said. "All you want is to stir up this country."

He had previously suggested that if Chomsky were concerned about the situation in the southeast, he should come to the country.

Last week, Chomsky hit back at Erdogan accusing him of holding "double standards" on terrorism.

“If I decide to go to Turkey, it will not be on his invitation, but as frequently before at the invitation of the many courageous dissidents, including Kurds who have been under severe attack for many years," wrote the activist and linguist, in an email to the Guardian.

The military crackdown on cities in the southeast of Turkey followed the collapse of a ceasefire between the government and the outlawed Kurdistan Workers Party last summer following bombings against pro-Kurdish activists.

The PKK launched a guerilla war against the Turkish state in 1984 which has claimed over 40,000 lives and brought accusations of human rights abuses on both sides. 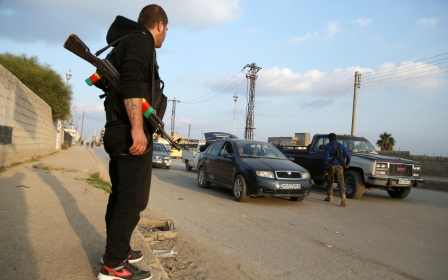