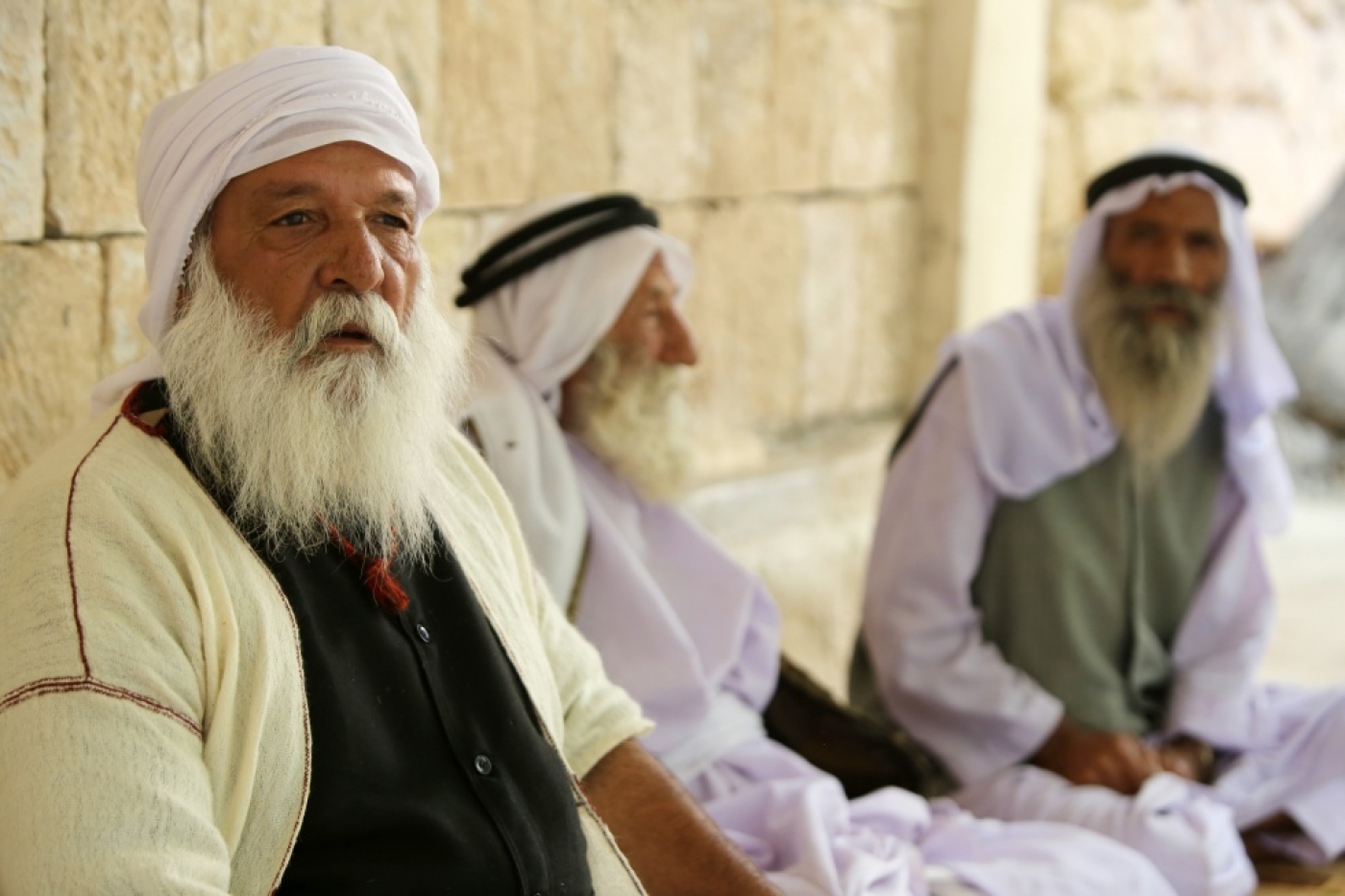 Iraqi clerics from the Yazidi religious minority sit on August 17, 2014 at Yazidi holy Lalish temple situated in a valley in the Shikhan Mountains, in Iraq's Dohuk province (AFP)
Par
MEE and agencies

The world is not doing enough to halt a "genocide" of Iraq's Yazidi, the son of the religious minority's leader said Tuesday, blaming what he said was international inaction.

"We call upon the free world to immediately act," said Breen Tahseen, an Iraqi diplomat based in Britain and the son of Prince Tahseen Saeed Bek, the leader of the Yazidi people.

Speaking to reporters in Geneva as a representative of his father, Tahseen said militants from the Islamic State (IS) group had killed more than 3,000 Yazidi and had kidnapped 5,000 more since they first entered Iraq's northwestern Sinjar region at the beginning of the month.

Tens of thousands of Yazidi, who according to Tahseen numbered around 600,000 in Iraq before the attack, fled into the mountain.

While he hailed the efforts to help those stuck on the mountain, Tahseen lamented that little attention was being paid to the Yazidi who remain in villages in the Sinjar area, surrounded by IS fighters.

"The genocide is bigger than the mountain," he said.

He said some 4,000 Yazidi families remain in the area, including in the village of Kocho, where Iraqi officials say militants killed some 80 people late last week.

Tahseen meanwhile maintained that at least 300 people were killed and another 700 kidnapped in the village, decrying that the United States, Britain and the UN had not heeded warnings.

"We told them these villages were in danger," he said, urging Washington to help arm the Yazidi.

Speaking alongside representatives of the Christian community in Iraq, Tahseen also urged the UN's top human rights body to convene an emergency session in Geneva to address the abuses carried out by IS. Iraq at War
Iraq and the American cult of bombing
William J. Astore