'After he raped me, there was no choice': Yemeni women trapped in sex work hell

Poverty is dragging growing numbers of women into prostitution, where they are coerced by gangs feeding on the war-torn country's lawlessness 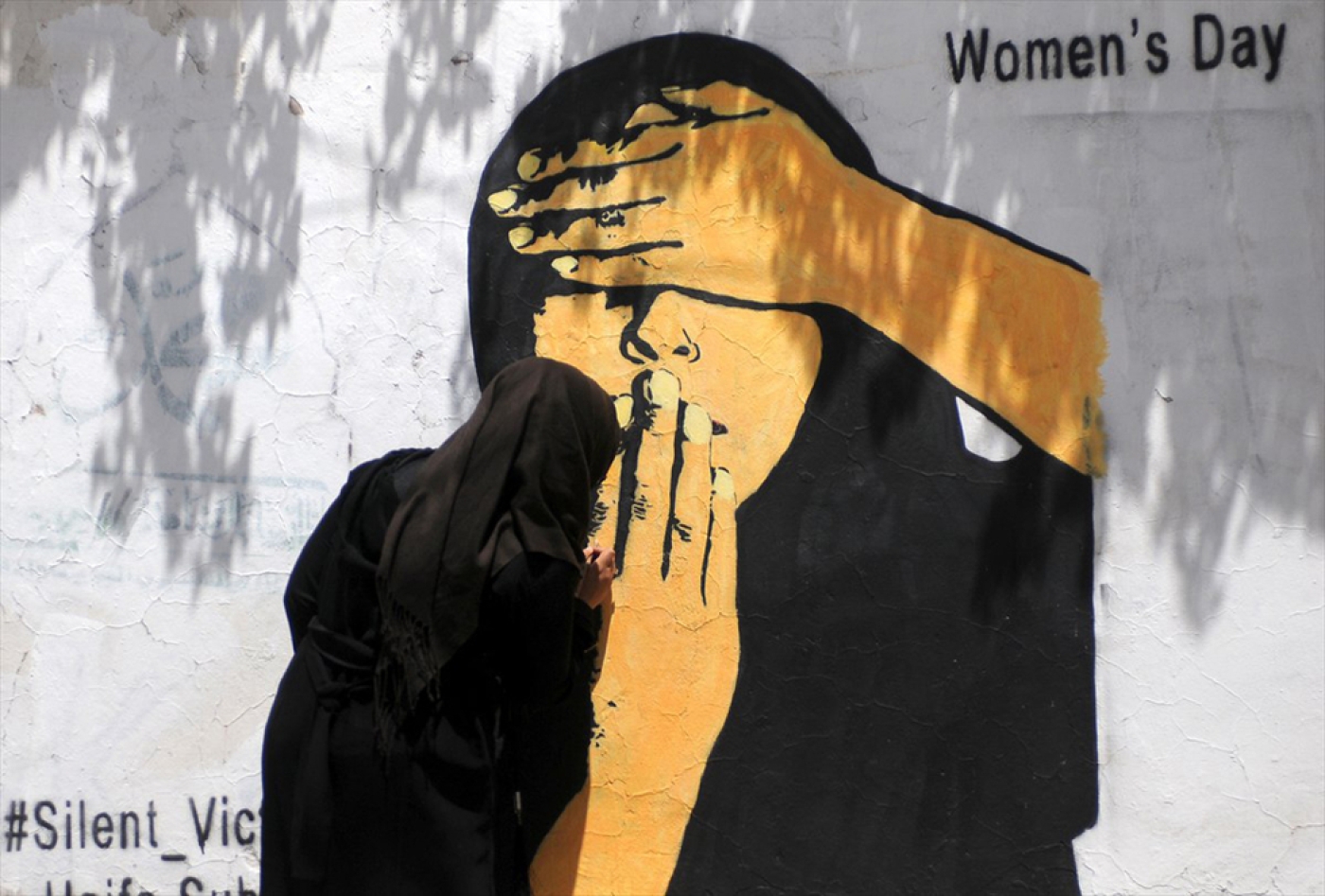 SANAA - Sara's first experience left her alone, hurt, humiliated and in tears. She was given makeup, perfume and an expensive abaya by her "trusted friend", then taken to a Sanaa hotel, locked in a room and forced to have sex with a stranger.

The 26-year-old was coerced into that first meeting. Her job selling incense earned next to nothing, and she jumped at her friend's offer of "better work", at $40 a day, which she believed was in a shop.

"I agreed to try it out and she gave me an attractive abaya and makeup, and asked me to return next day," she told Middle East Eye.

We entered a room and immediately she closed the door... and we stayed up with a man until late at night

"I was thinking about work in a shop but my friend took me to a hotel. We entered a room and immediately she closed the door. In that moment I understood and tried to resist but there was no way, and we stayed up with a man until late at night."

That first time was the beginning of a spiral into an underworld, with Sanaa's notorious Haddah Street at its centre, that she now cannot escape. Her reputation was threatened by exposure, and there was no other job to go back to. Her life, she says, had been turned into "hell".

"After the man raped me, there was no choice - I returned to my friend and she provides me with customers."

Kefah fell into sex work by a different route, but her humiliation was just the same.

"Two years ago, I was hoping to marry a wealthy man to help my family," the 23-year-old said. "A friend recommended a rich man and built a relationship between us.

"The man promised to marry me, and we began a sexual relationship. As soon as that happened, he betrayed me and left."

After that, fearing her reputation was in tatters in a deeply conservative society, and with no money to support her family, she felt she had only one choice.

Kefah rationalises her life: "There is no difference between one sexual relationship and hundred, as I am a victim of that traitor man."

These are but two stories of the lives of the dozens of sex workers who walk the infamous Haddah Street in Sanaa, but those told to MEE share common threads: women dragged in by grinding poverty, coercion, and family responsibilities, then exploited, trapped there by threats and shame and the need to make money.

Both say that in that time, more and more women are joining them on the streets. And where once their "customers" were careful, deals are now being struck openly on the street.

"For me," says Sara, "I go to Haddah Street early after lunch and there are dozens of women and even young girls in the street waiting to customers."

Studies conducted by UNAids, the UN organisation responsible for monitoring the spread of HIV/Aids, suggests there were 54,000 sex workers in Yemen in 2016.

And as Yemen's war destroys institutions, jobs and lives, the gaps in society grow ever wider - and the authorities that remain can no longer keep on top of the situation.

Gangs have moved in to control the trade, according to human rights activists.

The head of the Yemeni Organisation for Combating Human Trafficking, Nabil Fadhel, said that sex work had become a lucrative trade for criminals and gangs, who have their workers trapped in a desperate situation.

"Yemen is a conservative society, so gangs exploit the needy women, leading them to prostitution and then threatens them to ruin their reputations if they disobey their commands."

He said criminal networks prey on women, using them as sex workers, organ-trading and smuggling - but Yemen's governments do nothing to stop them.

"There are more women working in prostitution and with gangs because of the economic crisis that hits Yemen but those cases were not recorded because of the issue of dignity," Fadhel added.

Before the war, there were some campaigns targeting hotels in the capital Sanaa and other provinces where prostitution usually happens, but after the war the supervision of hotels was decreased or almost disappeared.

A source in the tourism office in the capital Sanaa said that the supervision of hotels had decreased or stopped because of the war.

"The campaigns need money but there is no budget for the office since 2015, so gangs are free to exploit.

"Normal people and not only officials know the names of the hotels of prostitution very well, but those hotels are still working and no one stops them."

Ali Mohammed, a religious sheikh in Taiz, said authorities had to do more to stop the exploitation of women.

"Bad people are always there but there are no authorities here to stop them and make them fear they will be caught," he said.

"The courts also should do their duty and subject accused people to fair trial to receive their punishment. There should be lessons from criminals, so people cannot dare to do illegal works."

Sara walks Haddah Street, but is always thinking of an escape.

"I have done what I have done," she says "Even if I stop now there is no advantage, but I advise other women and girls that they must not fall into the same trap.

"Selling incense or anything else is better than this. In the future I hope to leave Sanaa for another province, so I can live a better life far from this."

* Names in this article have been changed to protect the safety and privacy of its subjects.