The world looks away as Iraq wages war on protesters

Taif Alkhudary
The lack of a strong, unified objection to Iraq's human rights violations at the UN could fuel the state's violent crackdown 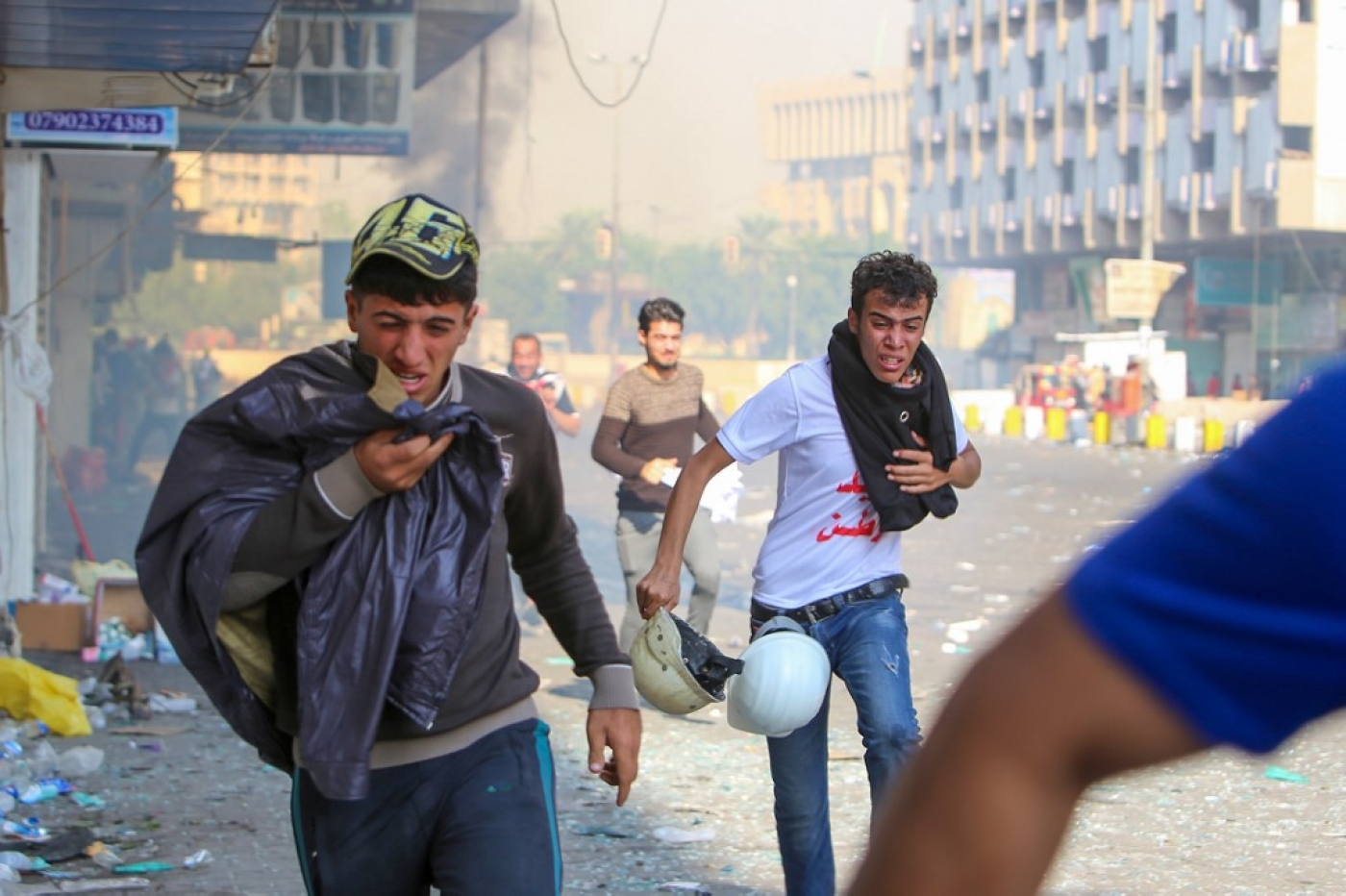 This week, as Iraq’s human rights record was being examined before the UN Human Rights Council and streamed live online, Iraqis remained in the dark.

As far as ironies go, the Iraqi government proclaimed its adherence to international human rights standards, while simultaneously maintaining a week-long internet blackout. In doing so, authorities have not only violated Iraqis’ rights to freedom of expression and peaceful assembly, but also prevented images of their violent repression of the country’s mass protests from reaching the wider world.

Despite this, by my count, only about a fifth of the more than 100 states that took to the floor to address Iraqi authorities called them out on these human rights violations. Others made vague statements that failed to address the root causes of protesters’ grievances. This is a clear indication of the international community’s continued indifference to the plight of Iraqis.

Since 1 October, Iraqis have taken to the streets to demand basic rights: clean water, education, electricity, employment and an end to the endemic corruption that prevents the government from delivering any of these services. The protests have since developed into a call for systemic political change, including the dissolution of parliament, constitutional reform and general elections held under UN supervision.

But rather than heeding protesters’ calls, Iraqi security forces responded by committing gross violations of demonstrators’ rights. They have deployed snipers and used live ammunition against protesters and medics. They have aimed lethal, military-grade tear gas canisters directly at demonstrators’ heads and chests. As a consequence, more than 300 people have been killed and thousands injured.

Iraqi authorities have also reportedly arrested protesters seeking treatment in hospitals, and forced others to sign pledges stating that they would refrain from partaking in further demonstrations before releasing them.

In some cases, authorities have reportedly refused to release the bodies of the dead unless their families signed statements declaring their deaths accidental. Others have been abducted and not seen since.

The violent suppression of protests has been coupled with a crackdown on attempts to convey this brutality to the wider world. At the start of demonstrations, armed assailants attacked news outlets, damaging equipment in order to halt broadcasts. In addition, Iraqi authorities have imposed an unprecedented internet blackout and prevented hospital staff and state entities from reporting on the numbers of the dead and wounded.

Amid this backdrop, Iraq’s review before the UN Human Rights Council could not have come at a more crucial time. It was part of a periodic review process, in which the human rights records of UN member states are examined every four years, with other states taking to the floor to make recommendations on how to improve on international human rights commitments.

During Iraq’s review, states including the UK, Slovenia and Germany, among others, took a strong stand against violations committed in the context of demonstrations, calling on Iraqi authorities to conduct prompt, thorough and impartial investigations into the killings of protesters.

Others, including Sweden, Slovakia and Argentina, urged Iraqi authorities to uphold the rights to freedom of expression and peaceful assembly, including through ceasing intimidation and threats against the media.

The US urged Iraqi authorities to halt the excessive use of violence, while France and Estonia called for a lifting of restrictions on the internet and social media.

The strongest intervention came from the Netherlands, which called out the Iraqi government for its claim that it was “protecting” demonstrators, with the Dutch representative noting that the use of live ammunition and tear gas to intentionally hurt and kill protesters was unlawful and disproportionate.

Others addressed the issues that initially brought protesters to the streets, urging Iraqi authorities to combat corruption, reduce poverty, halt executions, and end discrimination faced by families with perceived Islamic State (IS) affiliations. Yet, such recommendations were few and far between, and many were vaguely worded, making implementation nearly impossible to measure.

Many states failed to mention the violent suppression of protests altogether. States that did raise violations committed in the context of the protests failed to address the root causes or to come out strongly in support of protesters’ demands.

Iraqis are not simply calling for a reduction in poverty or corruption. They want a total overhaul of the ethno-sectarian quota system and the constitution that props it up. Both were imposed on Iraqis by the occupying forces and exiled elites in the aftermath of the 2003 invasion.

This system not only enables rampant corruption by dividing power and state resources between three main sects - Shia, Sunnis and Kurds - but it has also fuelled sectarian violence and allowed regional and Western powers to meddle in internal Iraqi affairs. Iraqis’ desires for sovereignty and a systemic overhaul of the political system explain why protesters have rejected US calls for early elections. 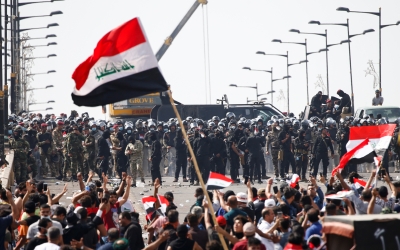 Iran, for its part, sidestepped any mention of demonstrations, calling on Iraqi authorities to “continue safeguarding the population against terrorism”. This is perhaps unsurprising, given the role of Tehran-backed militias in the protest crackdown.

The rumoured visit to Iraq late last month of Major General Qassem Soleimani, the head of Iran’s Islamic Revolutionary Guards Corps’ Quds Force, is largely seen as the reason for Prime Minister Adel Abdul-Mahdi’s U-turn on his earlier promise to resign and Muqtada al-Sadr’s sudden silence on the brutal suppression of protests.

The lack of a strong, unified voice in the face of Iraq’s blatant disregard for its human rights obligations attests to the indifference of the international community to the plight of Iraqis. It may have also further emboldened Iraqi authorities and their allies in their brutal crackdown on demonstrators.

Taif Alkhudary is an Iraqi-British journalist and research assistant at the LSE Middle East Centre, where she works on the post-2003 political system in Iraq. She tweets @AlkTaif. 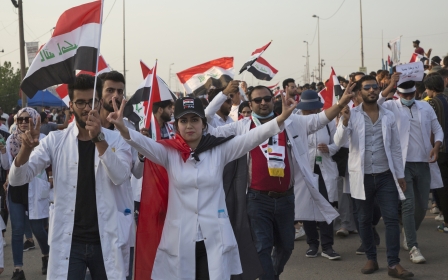