Joseph Massad
Besides the dictators and their western sponsors, secular Arab liberals have been the most reactionary anti-democratic force in Arab politics in the last three decades 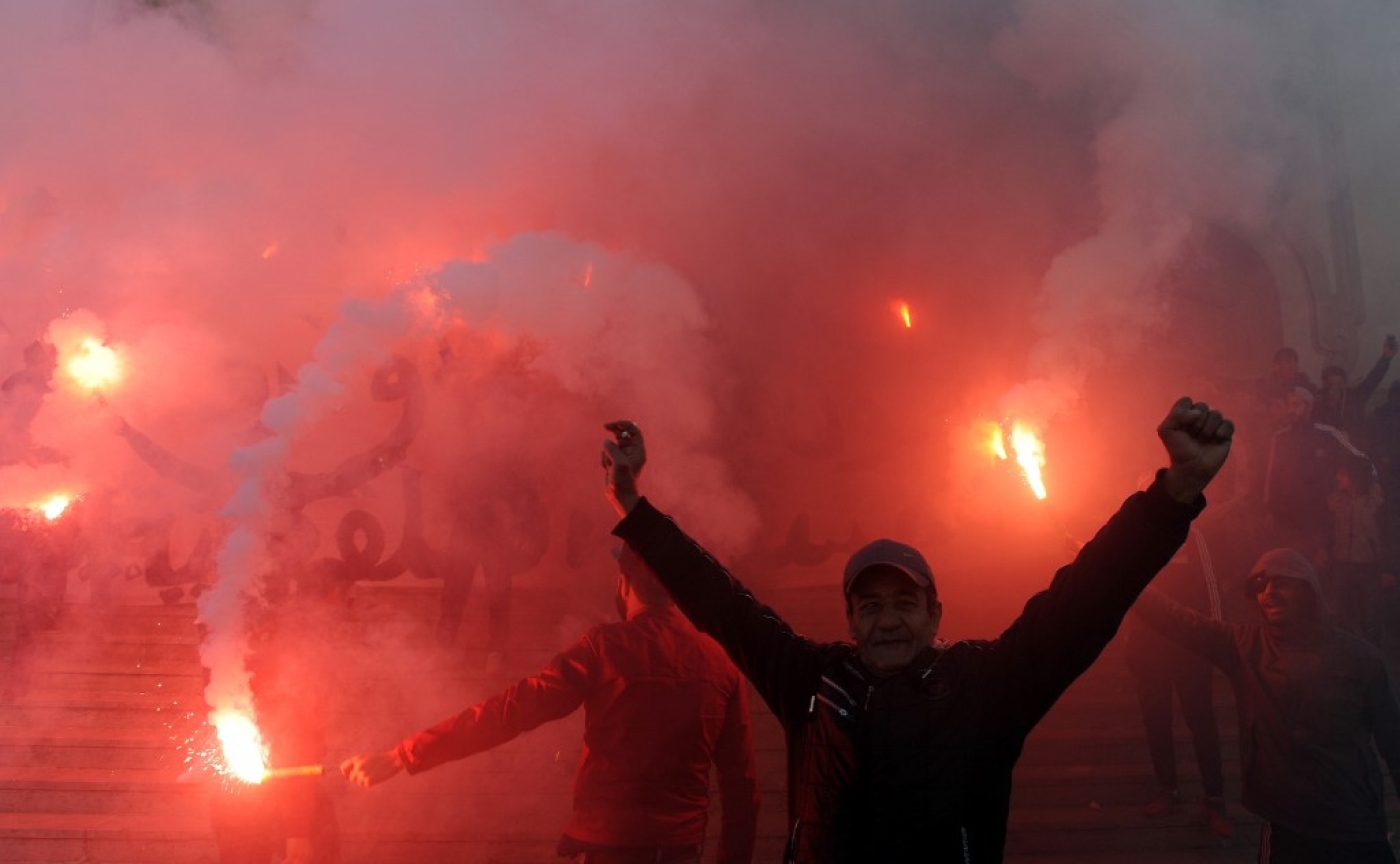 A decade has passed since the Arab uprisings against the US- and European-sponsored neoliberal order and the Arab dictators who served capitalist interests, suppressing the economic, political and civil rights of their populations. Hundreds of thousands of Arabs, the vast majority in Syria and Yemen, have since been killed.

While the uprisings deposed Tunisia’s Zine El Abidine Ben Ali, Egypt’s Hosni Mubarak and Yemen’s Ali Abdullah Saleh - despite the massive western support all three had received - the uprisings were unable to depose Bahraini, Saudi, Jordanian, Moroccan or Omani autocrats, with those uprisings mostly swept under the rug in the western press.

The US and its junior European allies poured in everything they could to depose the Syrian and Libyan autocrats, who had refused to fully submit to imperial diktats, although they were increasingly moving in that direction. The US intervention included at least $1bn of weapons pumped into Syria by the Obama administration, some of which ended up in the hands of rebels linked to al-Qaeda.

Western powers ultimately succeeded in deposing Libya’s Muammar Gaddafi, robbing the country of its wealth, and destroying Libya in a war that has had no end except for the ongoing theft of Libyan oil. Although they failed in deposing Syria’s Bashar al-Assad, they managed to ruin Syria and plunge it into ongoing carnage, with hundreds of thousands of casualties.

Western tentacles are at play in every Arab country, as they are around the world - and they had a crucial role in bringing about the outcome, if not the inception, of some or all of the Arab uprisings. But theirs was not the only decisive role. The question of the outcome of the Arab uprisings must centre on those who claimed to lead the demonstrations, and who came to speak in their name and decide their direction.

In Egypt, the alliance among the forces of autocracy included the secular liberals, who insisted that if they failed in a democratic competition with the Islamists, they would support the restoration of dictatorship

The two rival groups spoke a western liberal language of human and political rights. But they both shied away from the basic issue of economic rights, except to call for mild remedial solutions to alleviate the most extreme effects of neoliberal impoverishment. They never spoke, for example, of land redistribution (while land had been redistributed in Egypt in the 1950s, since the 1970s capitalist restoration, it gradually reverted back to the rich), nationalisation of banks and factories, major limitations on capital flight, a massive increase in taxation on the rich, or even major expansion of state social services. The radical among them, like their western counterparts, thought that calling for a minimum wage was the most extreme of socialist causes.

Unlike the secular liberals, who advanced only vacuous rhetoric, the Islamist liberals offered their charities but also their neoliberal "Islamic" banks and schools and hospitals to assuage the effects of neoliberal impoverishment. The two sides of the same coin, however, had different foreign sponsors.

Lionised by the western media

The secular liberals, who claimed that the uprisings were of their own making and that the Islamist liberals were interlopers, were not only lionised by the western media and NGOs, but also by US leaders. From the imperialist former Secretary of State Hillary Clinton (whose statement about Gaddafi - “we came, we saw, he died” - expressed her glee over Libya’s destruction) to virulently anti-Palestinian presidents of Ivy League US universities, some of whom cheered the liberal goals of the “Arab Spring”.

The Islamist liberals were backed mainly by Qatar which calculated that the Muslim Brotherhood would be the safest alternative to the existing dictatorships outside the Gulf region. The Brotherhood, Qatar correctly assumed, would calm protesters with its liberal and religious political rhetoric, without compromising the neoliberal capitalist order.

As the project of both groups was to contain and channel the protests to imperial-friendly political and economic ends, there was no contradiction in the alliances they formed. In fact, they both sought the imperial backers of local dictatorships as allies.

Aside from the targeted Arab dictators and their US and European sponsors, the main task of the counterrevolution fell to Saudi Arabia and the UAE. They shared with Qatar the goal of safeguarding their thrones, but unlike Qatar, they did not trust any revolutionary effort. The Saudis and Emiratis insisted on protecting local dictatorships at any price, for fear of a domino effect that would end their own rule.

The US and European countries, solely interested in their own economic and political investments, opted for stability. If the preservation of a puppet dictator destabilised a country, the imperial powers would support a new contender - if the latter was deemed capable of restoring stability. Otherwise, they would insist on a reversion to dictatorship. If reversion failed, they would plunge the country into chaos, as in Yemen.

In Egypt, the alliance among the forces of autocracy included the secular liberals, who insisted that if they failed in a democratic competition with the Islamists, they would support the restoration of dictatorship. After the Brotherhood’s 2012 electoral victory, the new government was confronted with a wide array of powerful enemies, both domestic and foreign, and as a result failed to stabilise the country, forcing the US and Europe to abandon it and support autocratic restoration.

In Tunisia, the secular liberals were no less unprincipled than the Islamist liberals (represented by the Ennahda party), but the latter learned the lesson from the secular-liberal betrayal in Egypt and kept a low profile. This maintained Tunisia’s relative stability, which so far has not led to outright western support for autocratic restoration. Warning to all tyrants: The Arab Spring lives on
Lire

In Libya and Syria, the western imperialists understood well that a stabilising alternative to the existing regimes was an impossible chimera, and decided to plunge the two countries into an ocean of blood, which could guarantee western theft of Libyan oil and weaken the Syrian regime’s tactical alliance with those who resist US diktats in the region. They succeeded in Libya, but had mixed results in Syria.

In Yemen, the US launched a war, allegedly against al-Qaeda, but later subcontracted the war to the Saudis and Emiratis, who embarked on the wholesale destruction of the Yemeni people. It was an uncalculated risk that they are still trying to manage.

Despite the multi-class alliances that characterised the uprisings, wherein poor peasants and urban unemployed and underemployed were demanding economic rights, what doomed the outcome of these struggles was the liberal, middle-class leadership of the uprisings, secular and Islamist alike, who demanded only political and civil, but not economic, rights.

That uprisings have erupted in Algeria, Iraq, Sudan and Lebanon in subsequent years, motivated by the very same economic conditions but whose self-appointed liberal spokespeople learned nothing from the failures of the last decade, has doomed them as well. Cosmetic political changes, as in Sudan and Algeria, marked the peak of their success, with no change in the economic realities on the ground.

This is what the West dubbed “the Arab Spring”, the history of which I explained at the time in an article in Al-Jazeera as a Cold War US expression borrowed from the 1848 European "Spring of Nations", but associated mostly with the 1968 "Prague Spring".  It was named "The Arab Spring" as a ruse but also as a western imperial acknowledgement that its leaders only called for liberal western-friendly rights. Arab Spring: The end of political Islam as we know it
Lire

The cost in lives of the devastation and suppression of the Arab uprisings has been enormous. The collaboration of the secular liberals-turned-fascists with dictatorships and imperial forces in a number of Arab countries was instrumental and decisive. Yet the major voice of western neoliberal capitalism, The Economist, blames everyone except the secular liberals.

A recent editorial pontificated: “There is no one answer to why things went wrong for the other countries that took part in the Arab Spring. Blame foreign powers, from Iran and Russia to the impotent, incoherent West. Blame Islamists, who often stoked division in cynical bids for power. Most of all, though, blame the men who ruled Arab states after they gained independence in the 20th century.”

In short, blame everyone except the secular Arab liberals who, other than the dictators and their imperial sponsors, proved that they were and remain the most reactionary anti-democratic force in Arab politics in the last three decades.

The lesson of the last decade, however, is that the only way to achieve political and economic democracy is for the Arab peoples, like all peoples around the world, to dispense, in their activism and organising, with western-NGO-supported local secular liberals who hijack their struggles and uprisings, and rid themselves of the imperial hypocrisy of the rhetoric of “human rights”. As for the Islamist liberals, outside Tunisia, they ceased to be a major political force on account of the massive repression to which they were subjected.

Instead, the Arab peoples must arm themselves with leaders and a political language that insists unapologetically on ending political and economic dictatorship. It will be a long and arduous struggle, but one that should not allow liberals, of any hue, to destroy it as they destroyed the last attempt. 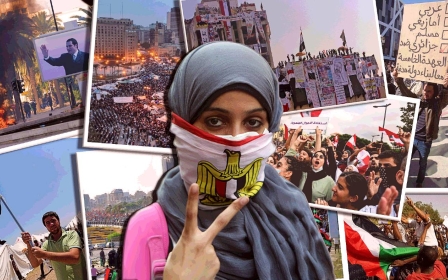