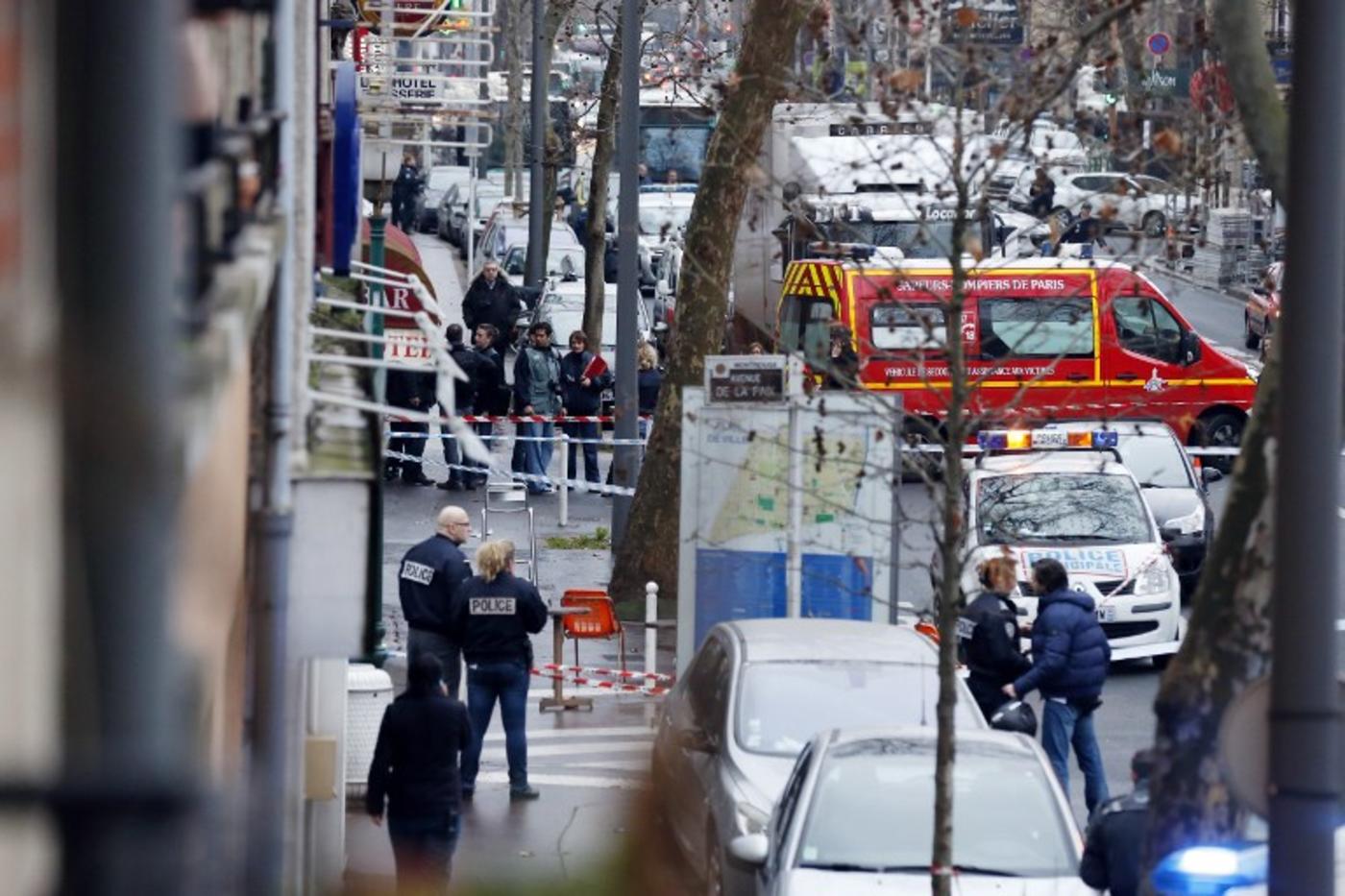 - Three suspects named; one, Hamyd Mourad, hands himself in.

We will be winding down the blog for now, but will keep it live for updates throughout the evening on Thursday.

As soon as there are more updates we will restart the blog.

National Front not invited to planned 'Republican Rally'
8 années ago

French far-right party National Front has not been asked to take part in the “Republican Rally” planned for Sunday.

The march will commemorate the 12 victims of the Charlie Hebdo massacre.

Prime Minister Manuel Valls told the RTL radio station that the “anti-Europe and anti-immigration” National Front did not share “the republican values of the ruling socialists and conservative opposition.”

“National unity is built around profoundly republican values, namely a refusal to make associations between Islam and extremism,” he said.

Tens of thousands of people turned out in France on Wednesday evening to commemorate the killings and large numbers are also expected to attend the rally on Sunday.

Mourners in Paris have arrived to lay flowers at the Charlie Hebdo offices on Thursday.

A delegation of Muslims leaders have also paid their respects to the victims and denounced the attack that killed 12 people on Wednesday.

French authorities have extended the highest state of alert north, to include the region where the Charlie Hebdo gunmen have been spotted.

AFP reports on Thursday said police were closing in on the attackers.

Mosques attacked in aftermath of Charlie Hebdo massacre
8 années ago

Muslim places of worship in two French towns were fired upon overnight, leaving no casualties, prosecutors said on Thursday.

Three blank grenades were thrown at a mosque shortly after midnight in the city of Le Mans, west of Paris. A bullet hole was also found in a window of the mosque.

In the Port-la-Nouvelle district near Narbonne in southern France, several shots were fired in the direction of a Muslim prayer hall shortly after evening prayers. The hall was empty, the local prosecutor said.

An explosion at a kebab shop near a mosque in the eastern French town of Villefranche-sur-Saone on Thursday morning also left no casualties. Local prosecutors have described it as a "criminal act".

France is on edge following the deadly assault by heavily armed gunmen on satirical magazine Charlie Hebdo on Wednesday that left 12 dead. No link has yet been established between the attacks. 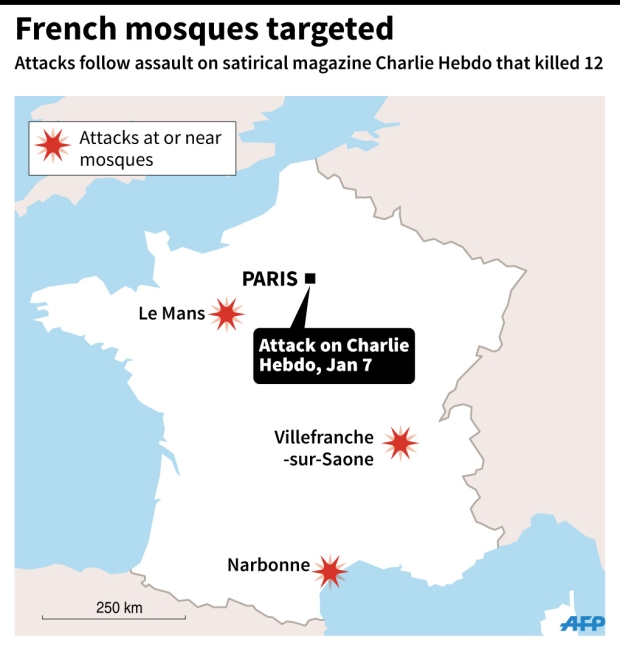 Tunisia killer provides 'possible IS link' to attack
8 années ago

A French-Tunisian militant who assassinated two Tunisian politicians in 2013 may provide a possible link between Charlie Hebdo suspect Cherif Kouachi and the Islamic State group based in Iraq and Syria, a researcher told AFP.

Boubaker al-Hakim is a member of the Islamic State (IS) group who last month claimed responsibility for assassinating two secular politicians in Tunisia in 2013.

He was previously part of the "Butte-Chaumont network" in Paris - alongside Kouachi - that helped send fighters to join al-Qaeda in Iraq in the mid-2000s.

Hakim "represents the link between the Kouachi brothers and [IS]," said researcher Jean-Pierre Filiu, a leading expert on radical Islam at Paris's Sciences Po university.

"It is impossible that an operation on the scale of the one that led to the massacre at Charlie Hebdo was not sponsored by Daesh," he claimed, using an alternative name for IS.

Bill Donohue, president of the Catholic League, a US organisation that "defends the rights of Catholics," issued a statement titled "Muslims are right to be angry." In it, Donohue criticized the publication's history of offending the world's religiously devout, including non-Muslims. The murdered Charlie Hebdo editor Stephane Charbonnier "didn’t understand the role he played in his [own] tragic death," the statement reads.

"Had [Charbonnier] not been so narcissistic, he may still be alive," Donohue said, in what must be one of the more offensive and insensitive comments made on this tragic day.

"Killing in response to insult, no matter how gross, must be unequivocally condemned. That is why what happened in Paris cannot be tolerated," said Donohue. "But neither should we tolerate the kind of intolerance that provoked this violent reaction."

Syrian cartoonist Ali Ferzat: 'These people are not Muslims'
8 années ago 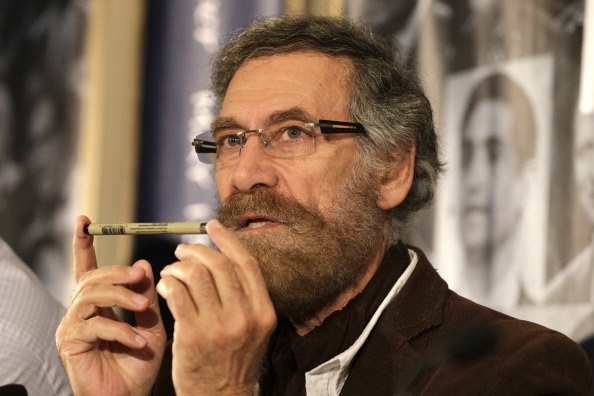 Wednesday’s deadly attack on the French satirical newspaper Charlie Hebdo that killed 12 — including four of the country’s most famous cartoonists — prompted other artists to share their thoughts on the shootings, freedom of speech, and whether the media can recover from the terror in Paris.

Ferzat didn’t seem to agree with Charlie Hebdo’s publication of drawings satirizing the Prophet Muhammad, a suspected motivation for the attack. “Art shouldn’t be insulting to other people. Art should bebigger than that,” he said. “It should bring people together, not drive people apart.”

But the 63-year-old Ferzat — who has been threatened by extremists for satirizing them — was also quick to condemn the attacks. “I’m in favor of free speech, and I think God, or the law, should be the one to hold people accountable for such drawings,” he said. “I am very sad about such an act of violence.” 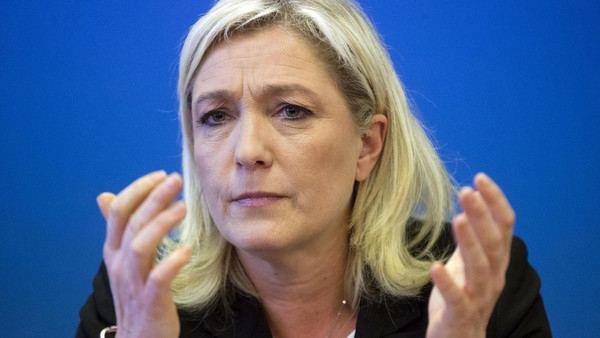 France’s Front National leader announced Thursday that if elected she would propose a referendum to bring back capital punishment in the country.

“I personally believe that the death penalty should exist in our legal arsenal,” Marine Le Pen told television channel France 2.

“I always said that I would offer French citizens the possibility to express themselves on the topic through a referendum,” Le Pen added.

Capital punishment was practiced in France from the middle ages until 1977 with the guillotine as the only legal execution method.

The last person to be executed was Hamida Djandoubi who was executed in September 1977.

A minute's silence begins across France in memory of the 12 journalists and policemen murdered yesterday.

Vigils have taken place around the world in support of the #JeSuisCharlie movement against terror:

The minute’s silence outside Notre Dame ended with applause.

Sad to think we were at the beautiful Notre Dame just over a week ago and now its the scene for a minutes silence. pic.twitter.com/ziBWc7lUOR

A popular Banksy Instagram account weighed in on Wednesday with a powerful homage to the murdered journalists at the French newspaper Charlie Hebdo, victims of a horrific terror attack.

The account, which has nearly one million followers — though it is not known to be an official Banksy Instagram account — posted a picture on featuring three pencils — the pencil fully intact is next to the word "yesterday," a broken pencil represents "today," and the resharpened shard shows there will be two pencils "tomorrow."

It adds: "RIP," joining scores of other cartoonists and artists who have been sharing tributes throughout the day. 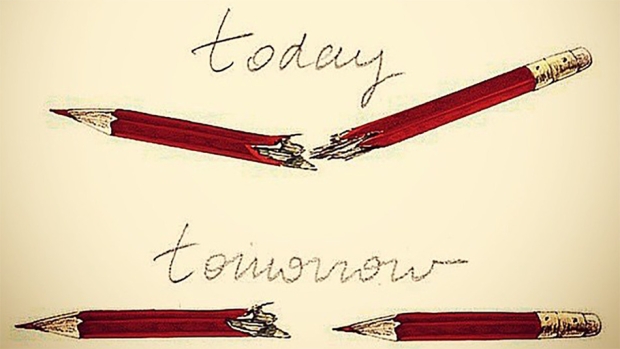 Much of the media attention regarding the Charlie Hebdo attack has been on a pair of brothers currently sought by French authorities. But a third suspect, Mourad Hamyd, has garnered support from students in northeast France who proclaim his innocence.

Hamyd Mourad an 18-year-old unemployed French Muslim man of North-African descent was identified by the police as a third suspect in the shooting, accused of driving the getaway car. At 2.22 am on Thursday 8 Jan it was reported he had turned himself in to French police.

French media later reported that Hamyd was being held, but not charged.

According to Le Monde, Mourad Hamyd hasn’t been charged but is being held in police custody. He turned himself late this evening.

Mourad has said he was in college at the time of the shooting. Several of Hamyd's classmates are defending him on social media with the hastag #MouradHamydInnocent.

Translation: Mourad Hamyd wrongly accused, he was in class at the time of the facts, his classmates can attest !!

Translation: He was in my high school, I saw that smile this morning as usual. He would never do this. Please support

A petrol station manager near Villers-Cotteret in the northern Aisne region "recognised the two men suspected of having participated in the attack against Charlie Hebdo", AFP is reporting.

What do we know about the shooters?
8 années ago

Here's what we know about the three men identified by French police as the main suspects in the Charlie Hebdo shooting:

- Saïd Kouachi and Chérif Kouachi are two Franco-Algerian Muslim brothers, both from Gennevilliers aged 34 and 32. Their parents were Algerian immigrants to France.

- In 2008, Chérif Kouachi was convicted of terrorism charges and sentenced to three years in prison, along with 18 months of suspension, for having been part of a group that solicited young French Muslims to fight with al-Qaeda in Iraq. Chérif Kouachi said he was inspired to help Iraq's insurgency by outrage at the torture of inmates of the U.S. prison at Abdu Ghraib.

- Hamyd Mourad an 18-year-old unemployed French Muslim man of North-African descent was identified by the police as a third suspect in the shooting, accused of driving the getaway car. At 2.22 a.m. on Wednesday it was reported he had turned himself in to French police. Mourad has said he was in college at the time of the shooting. Several of Hamyd's classmates are defending him on social media with the hastag #MouradHamydInnocent.

- Witnesses described hearing the attackers shout “Allahu akbar” as well as “We have avenged the prophet.” Corrine Rey, a Charlie Hebdo cartoonist, said the attackers “spoke French perfectly” and claimed to be affiliated with al-Qaeda. According to another eyewitness, one of the hooded black-garbed gunmen told a passerby that they were from “Al-Qaeda in Yemen”.