Post-Invasion Iraq: From neo-cons to neo-Soviets 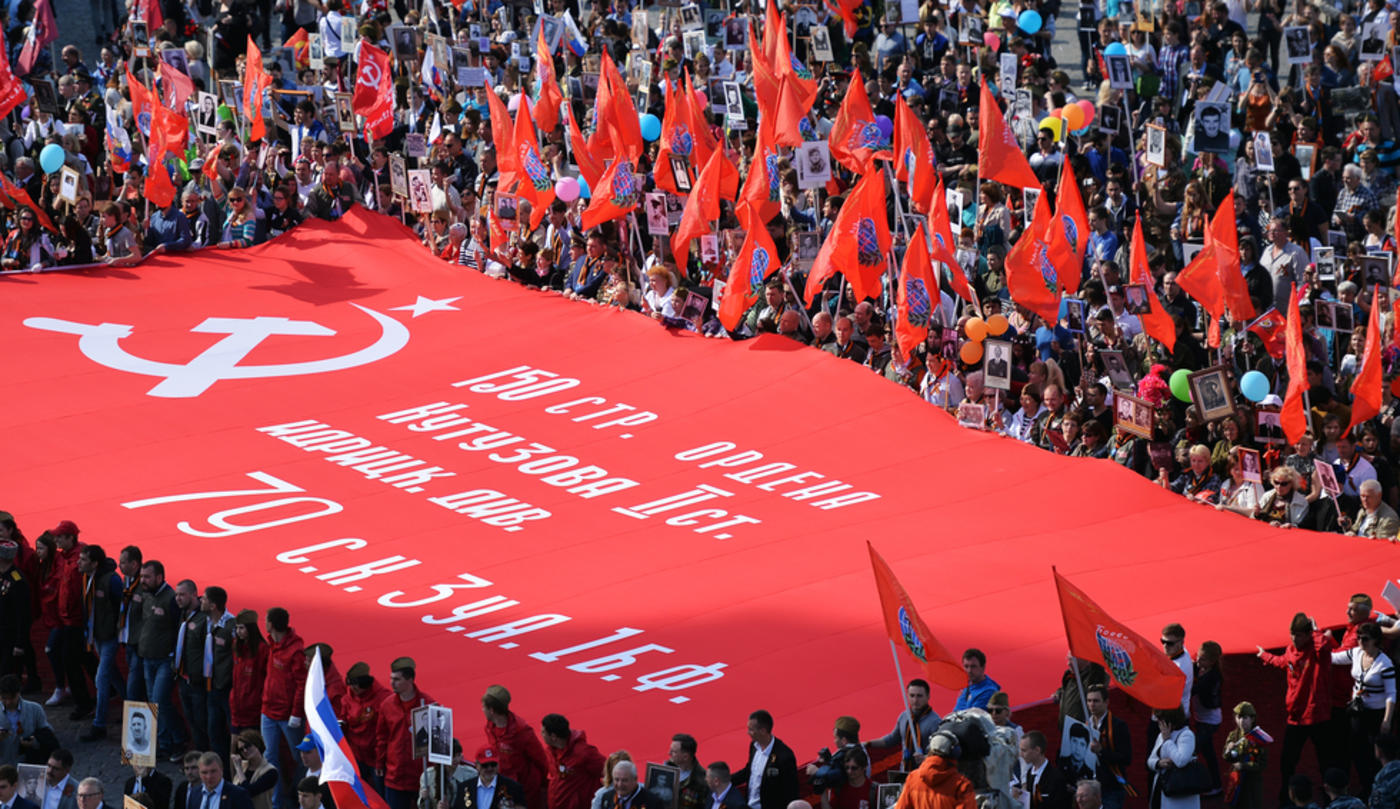 Throughout the Cold War, the US and the Soviet Union competed for areas of influence in the Middle East. The superpowers’ competition was particularly fierce because of the region’s strategic importance and its vast reserves of oil and gas. Effectively, the fate of individual countries was at the mercy of the balance of power between these two global forces.

The earlier years of the Cold War saw the Soviet Union seek to impose its will on countries in the region through armed local communist party branches, without any regard for the social and religious sensitivities of the people being targeted.

Such was the case in Iraq, a nation whose socio-cultural structure was clearly at odds with the principles of communism.

Patriotism has long been at the heart of the cultural fabric of Iraqi society, where loyalties were primarily towards the tribe, the country, and the greater Arab homeland.

Belief in Middle Eastern traditions and faiths was also grounded in Iraqi society. The yearning for economic fairness was not viewed as something that had to be imported from Russia. Thus, socialism was seen as at home in Arabic culture.

A focus on rhetoric on working class and a perceived absolute party loyalty to comrades in Moscow did not appeal to the majority of Iraqis. Yet Iraq was successfully targeted by the Soviet Union during the military regime of Colonel Abdul Karim Kassem (who was sympathetic to the communists), which followed independence from the British in 1958.

The political upheavals of communism in the following years caused considerable division and hostilities among the Iraqi people. Thousands were killed or disappeared in the most horrific violations of human rights.

In 1959, following an uprising against Kassem, the opponents of communism were allowed to take vengeance on their opponents, mutilating some while hanging others – dead – from lamp and electricity posts.

Iraqis ended up killing each other in the name of communism, while Iraqi natural resources were blatantly drained out, not to the benefit of Iraqis, but the Soviet Union. This practice was repeated in other countries in the Middle East up to the early '70s; however, by the late '80s, the Soviets were mostly driven out of the region.

The economic collapse of the Soviet Union in the late 1980s and early '90s provided the US the opportunity to practice, unopposed, its own brand of foreign policy in the Middle East region: the claim to spread democracy.

The determination of the US, led by the neo-conservatives, to spread its brand of democracy in the region was not dissimilar to that of the Soviet Union as it sought to spread communism. Each ideology was, ultimately, propagated to serve the interest of the superpower, and not the people concerned. Both ideologies were alien to the culture of the region. Both were imposed against the will of the people. And both demonstrated remarkable ignorance of - or worse, indifference to - the social and cultural practices of the people of the region.

Through its proxies, the Soviet Union tried to change the reality of the Iraqi way of life to suit the ideals of the communist ideology. This practice proved to be a fundamental error of political judgment, one which eventually denied the Soviet any area of influence in the region. Nonetheless, since then, the US has sought to do the same.

In order to spread a version of democracy shaped on America's image, the US adopted a policy of direct military intervention, or arming and financing a so-called opposition groups. The "war on terror" became a political platform; it was a way to destabilise or eliminate any regime that fell out of favour with the US or posed a threat to Israel’s regional ambitions.

The regime of president Saddam Hussein had fallen out of favour with the US. So the US put this policy into practice in Iraq, to devastating effect. To get rid of one man, Iraq was occupied and destroyed. The Iraqi State in the shape set up by the British in 1914 was dismantled. A sectarian constitution was imposed to replace Iraq’s historic secular constitution, in order to divide and rule the people through fear.

Hundreds of thousands of Iraqi civilians were killed by savage, indiscriminate, shock and awe bombings. Millions fled. A well-respected national Iraqi army was replaced by armies of widows, orphans and new-borns who suffer genetic disorders, the result of depleted Uranium contamination. Now, those who carry guns are militias loyal to Tehran.

Once again, Iraqis are killing each other, this time in the name of democracy. Once again, Iraq’s vast natural resources are being depleted at an alarming rate - not to serve the interests of the Iraqi people but rather the US and those corrupt individuals of a regime imposed on Iraq by the US sectarian constitution.

To date, the US policy of supposedly spreading democracy in the Middle East through the barrel of the gun has left a legacy of death, destruction, and hunger. It is a legacy of indescribable human tragedy. Thus, the refugee crisis that Europe now faces, as people leave Iraq, Syria, Libya and Afghanistan - not because they wanted to live in Europe, but because their homes are destroyed and they seek shelter and protection.

Thus, the radicalisation of young people who seek to redress a perceived injustice. The groups they turn to, al-Qaeda and Islamic State, are extremist religious groups who were trained, financed, and supported by the US, and who, having outlived their usefulness, have been abandoned and left to cause havoc.

Whether in Iraq or Afghanistan, the regimes installed and supported by the US through the spread of "democracy" have remarkable similarities. Sectarian divisions, corruption, failed states, human rights violation and the absence of the rule of law.

If this wasn’t enough, Russia’s recent military intervention in Syria should be an unavoidable wake-up call for the US to change its foreign policy in the region.

Liberated from their previous commitment to communism, the Russians may soon find a permanent political foothold in the region, masking itself as a saviour of the Arab people, a shield from the tyranny of a destructive, imposing, interventionist US foreign policy.

It is evident that US foreign policy has failed. In Iraq, the current regime is not tenable. Iraq is a failed state. Therefore, the US needs to choose between maintaining the status quo of occupation by supporting a Dawa Party popped up by Iran, but without Iraqi involvement, or, an independent, sovereign, secular Iraq, without the Dawa Party. An economic force to do business with. A state capable of maintaining regional stability in the face of a revived Iranian regional ambition.

Iraq is broken and needs fixing. The US policy of sectarian divide has proved itself to be counter-productive. Bombing and killing more Iraqis is not the answer. The US needs to persuade Iran to take its hands off Iraq. And to work with national political groups to establish a government of national unity - one which will serve and protect the interest of all Iraqis and not only a sectarian group.

Unless the US transforms its foreign policy in the region, the outcome will no doubt be the same as that which the Soviet Union suffered. The US will be driven out and denied any influence or presence in the region. As Marx had it, history repeats itself. First as tragedy, then as farce.

Photo: People carry red flags and banners as they take part in the Immortal Regiment march during the Victory Day military parade in Moscow on 9 May, 2015 (AFP). 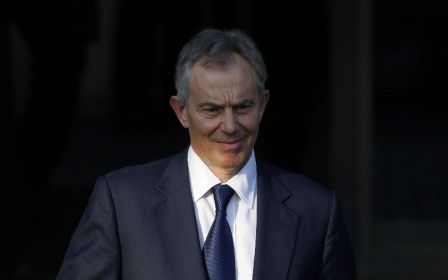 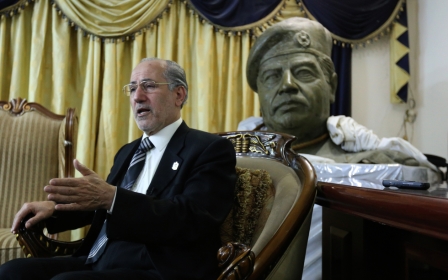