Daniel Renwick
Jo Cox was a passionate advocate for the socially isolated. Her ostracised killer would have benefited from the kind of society she fought to create 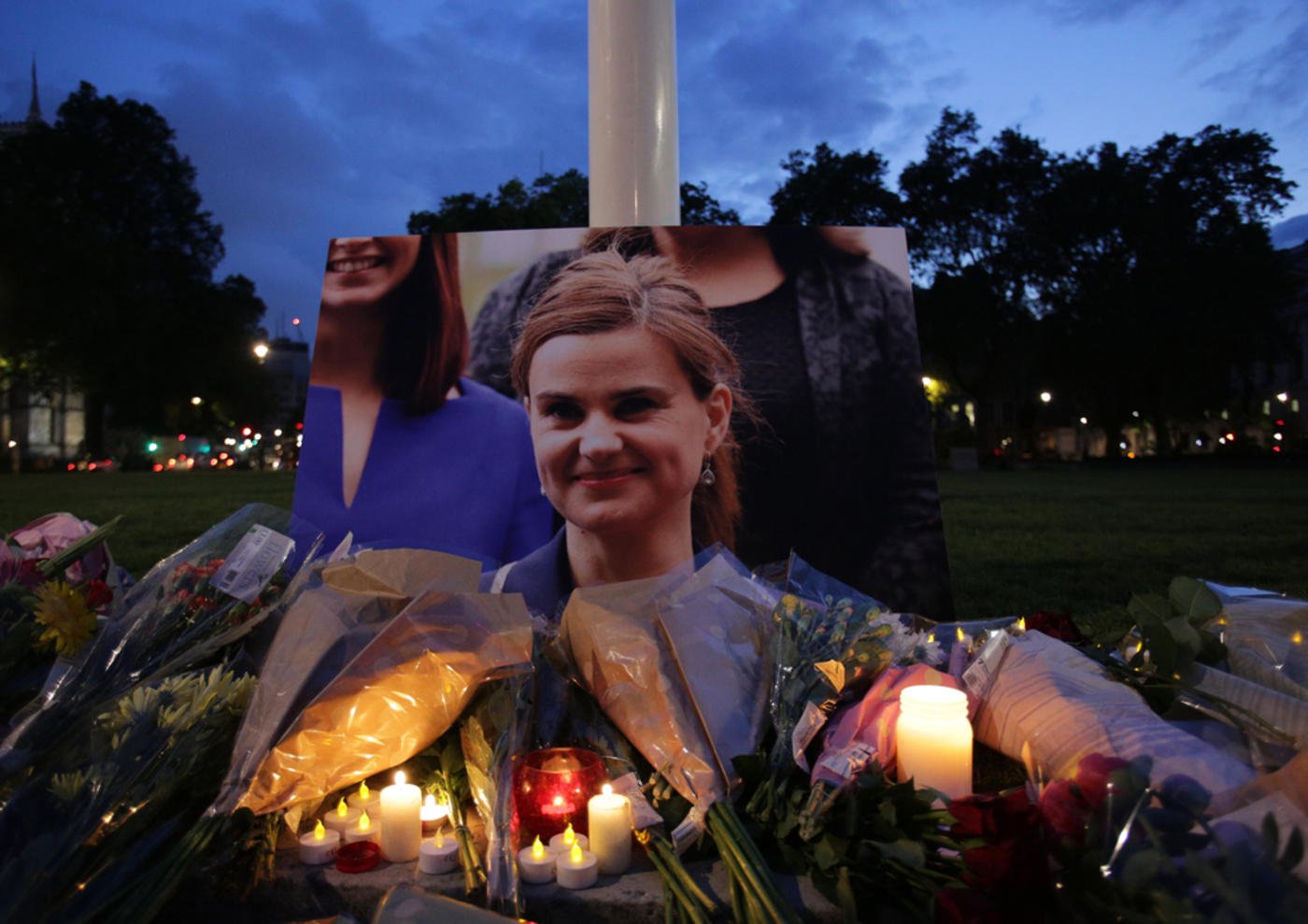 The air is thick with something noxious in Britain. Discord sticks in the throat. Every other conversation tails into a debate around the EU and Britain’s relationship to it, revealing layer upon layer of division. Prejudice and discrimination have been allowed to fester throughout society and now excruciatingly painful sores have risen to the surface.

On Thursday, 16 June, a progressive Labour MP by the name of Jo Cox, who fought for the rights of migrants and celebrated the polycultural nature of her constituency, was brutally and callously murdered. It is hard not to connect the murder to the political moment.

Plot or not, witnesses claim the alleged attacker, Thomas Mair, cried “Britain First” as he launched his attack. I capitalised the "f" as Britain First refers to a paramilitary far-right militia lying in wait, masquerading as a legitimate political organisation. It’s a political decision not to capitalise the letter or refer to the grouping, as the Guardian chose to as it painted a very forgiving picture of the killer. I could not imagine papers writing "the party of liberation" if somebody had screamed “Hizb-ut-Tahrir” as they stabbed and shot a politician.

It is possible sections of Britain First’s supporters believe the moment is ripe for their radical entrance, though the organisation has quickly denied any involvement and has condemned the attack. Whether there is a connection between the murder and the far-right group, investigators will have to establish. Mair did have far-right affiliations, however, so this can legitimately be called an act of terror, driven by an ideology of hate that grows from the fertile swamps of white supremacy and xenophobia, such as Nigel Farage’s new “breaking point” advert against the EU and refugees.

Lone wolves from Mateen to Mair

The media, however, are telling a story: that Mair is a lone wolf who suffered from mental health problems. Such a story is not told with every act of supposed terror, just when Europeans commit them. Outside of a state of war, every act of murder speaks of a state of mental illness, some due to psychosis, others bred by environment. Yet mental illness seldom functions as a reason in and of itself, especially if the label is applied so selectively. Lessons need to be drawn from what is happening.

How beliefs and ethnicity affect judgements is a crucial consideration as we reel back from this attack. I know more about Thomas Mair in the immediacy of this murder from the British press than I did about almost any of the so-called "jihadis" who have been reported in a post-attack scenario throughout the "war on terror".

Attackers, when religiously or ethnically connected to Islam, face immediate dehumanisation. The Orlando shooter Omar Mateen is a fitting example. He was typecast as a Muslim extremist immediately due to his ethnicity and incoherent utterances to emergency services. However, investigations revealed many contradictions to this narrative. A stabbing in London’s Leytonstone saw a mentally ill assailant by the name of Muhiddin Mire mocked by his own prime minister and labelled as an "Islamist terrorist", despite his known state of mental ill health. It is problematic to criticise such episodes of labelling, yet impose a narrative onto Mair without due investigation. However, to say he was motivated by white supremacy is not a stretch, it is a fact. How big of a factor such thinking was in his act we shall find out in due course.

Attackers from an Islamic background are treated as emblematic of a wider political culture of extremism and therefore fall into the broad category of terrorism. From former US President George W Bush to French President Francois Hollande, our leaders claim that such "terror" must be addressed and rooted out, and war declared on the enemy. It is not surprising that some voices are calling for the same logic to apply to the far-right, whose murderous intent is well-established, irrespective of the nature of the crime against Jo Cox.

While this reaction is entirely understandable, it politicises a tragedy in the wrong way and goes a long way to legitimising the war against terror. In essence, it calls for a widening of the scope of the state's military and repressive actions, without questioning the methods and effectiveness of the war. It also calls for the expansion of the surveillance state, escalating the repression and conflict that are, in large part, the underlying cause of the murderous divisions that plague our times, the world over.

Brexit and the rage of the left behind

The EU referendum campaign in the UK has been suspended in the wake of the attack. It is an indication that campaigners now know the fire that has been stoked. Jo Cox was a passionate advocate for the socially isolated. Mair, from all accounts, fits the bill of somebody who would have benefitted from a society that was governed with the intention of assisting those who face problems and are ostracised. There’s a real tragedy in what has happened.

However, it would be wrong to tell a story that paints both Cox and Mair as victims of a horrible misunderstanding. It's not that simple. This referendum has exposed the deep chasms caused by class and unequal development in the UK. Mair was part of the long-term unemployed in post-industrial Britain and it seems that he saw Jo Cox as his enemy: a liberal do-gooder who was placing him last and others first. That may be the simplest way to understand what he was saying as he killed his victim.

As a society, Britain cannot accept that this man is a loner. Such thinking dominates large sections of the population and proliferates throughout the media. The likes of Mair believe they are being looked past in the age of globalisation and they are demanding attention. The likelihood of a vote to leave the EU is a clear indication of how deeply rooted such thinking is, as the campaign to leave is not being made around the issues of the EU’s economic structures that have created the social conditions of alienation, nor on the basis of its inhuman treatment of migrants and its role in global imperialism. It is based around resentment of the other and their “stealing of British jobs”.

Jo Cox fought for the rights of Palestinians, Syrians and migrants. She passionately argued to remain in the EU in order to keep Britain connected to the rest of the world and keep the country as a place that embraces migration and the positive role Britain’s diverse communities play within the polycultural society that we now live in.

In her maiden speech to the UK’s parliament, she said: “Our communities have been deeply enhanced by immigration, be it of Irish Catholics across the constituency or of Muslims from Gujarat in India or from Pakistan, principally from Kashmir. While we celebrate our diversity, what surprises me time and time again as I travel around the constituency is that we are far more united and have far more in common with each other than things that divide us.”

The divisions are now more apparent than the commonalities, which is a tragic turn. The memory of Jo Cox is honoured by not allowing the causes she fought for to be derailed by this trying time. But the divides cannot be swept away. Britain has morphed into a more aggressive and hostile place, a return to a politics of race and class is needed. Radical acts of violence are motivated by despair and fury at a situation one feels unable to change. These are better understood as the material conditions caused by globalism.

The causal link between wars of aggression in the Middle East and attacks upon the West is well-established; we need to be able to more convincingly explain what has been happening in regards to the far-right’s resurgence. Radical politics offers solutions where the middle ground has failed.

Repressed rage explodes. Condescension and classism kill, make no mistake about it. Unity comes from finding common cause. Fighting against the migrants, the Muslims or the white working class is the antithesis of the source of unity. The enemy is a system and the struggle against it is the way to find unity.

Photo: Floral tributes and candles are placed by a picture of slain Labour MP Jo Cox at a vigil in Parliament square in London on June 16, 2016 (AFP). 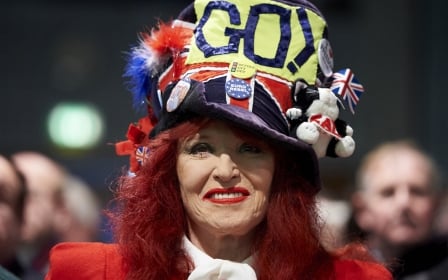