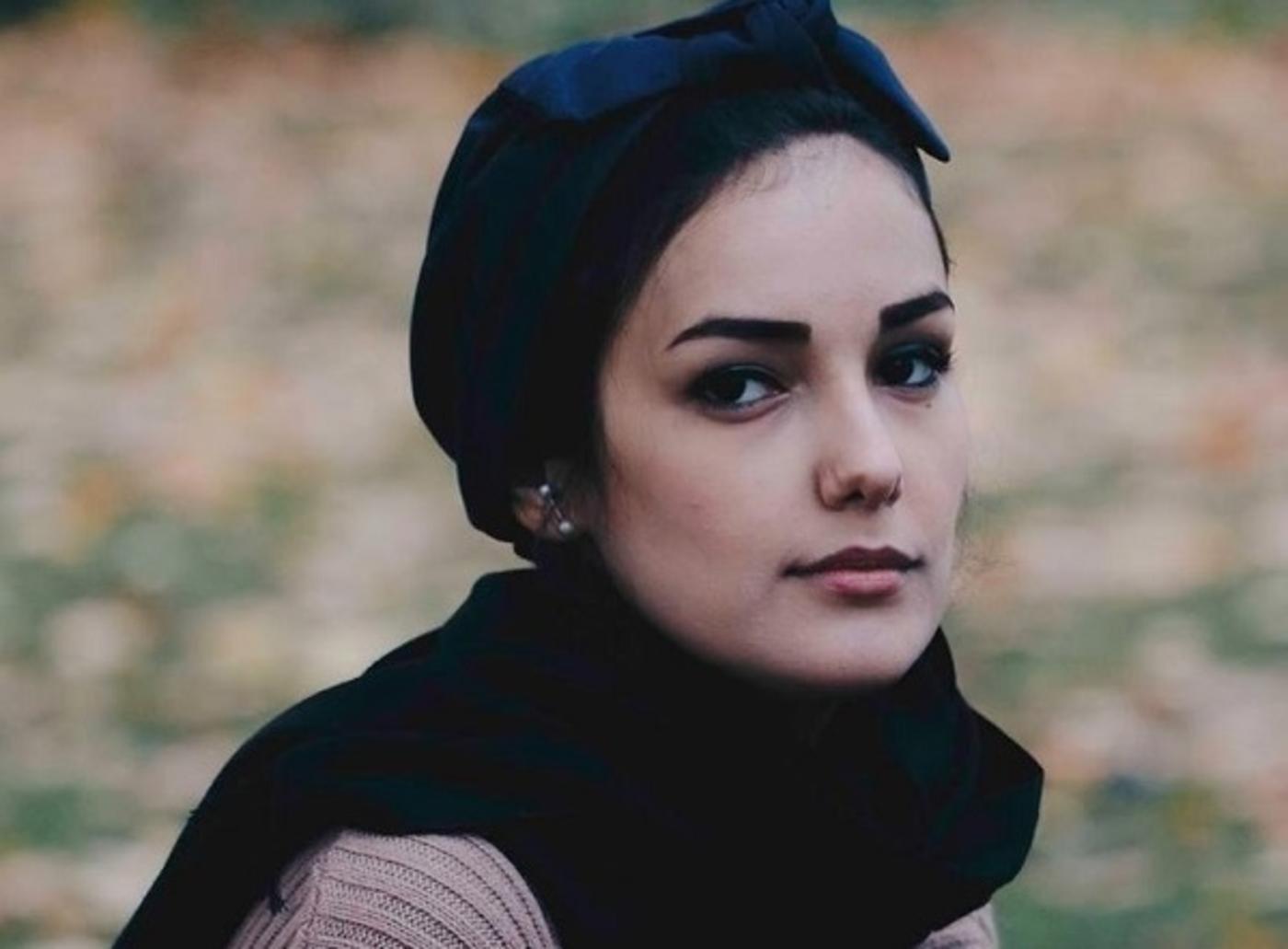 The painting recreates a common family setting of three generations of kin cutting a birthday cake at a party. The celebration represents a general marker of family life, with 21 being an important rite of passage for many families, when adulthood beckons.

"I make autobiographical works about my identity and childhood, but I am rarely featured in it. I am always the observer rather than the one being observed," ElKalaawy said.

ElKalaawy says that the West only shows interest in the Middle East, including Egypt, her country of origin, in times of unrest, rather than for its art and cultural scene.

“When I relocated to the West, I noticed my homeland and the Middle East in general do not really matter to the world other than at times of crisis,” ElKalaawy said. “I feel responsible for showing the Western world what the place I come from looks like and to share the Egypt I know with others."

ElKalaawy does not deny that the region's troubles have caused the West to see the Arab world in a particular way.

“The Arab world is filled with rich history, art and culture, and yet the majority of countries in the region have been troubled. Certainly this has affected the way we are perceived by the West,” ElKalaawy said.

Her exhibited works are influenced by old family photographs in Alexandria, and include depictions of two family scenes which are "layered" through secondary panes, giving a three-dimensional illusion.

Among ElKalaway’s showcased artwork is Modern (Muslim) Family. The small painting (29.7 x 21cm) is acrylic on glass and depicts what is supposed to be an intimate family scene - a mother and son sitting side by side on mobile phones. The palette of greys, black and dark brown is contrasted by the son's brightly coloured orange onesie and their faces lost in seemingly separate worlds.

The name is a play on the successful US televsion series Modern Family, where families spend unlimited doses of quality time together, a reality far from the truth of today's world.

ElKalaawy's work is being showcased in the exhibition, Perpetual Movement, which is part of Arab Women Artists Now (AWAN), a yearly festival that has been highlighting female artists from across the Middle East and North Africa since 2015. The exhibition features seven female artists under the age of 30 from the Arab region and its diaspora.

“What is very special about this exhibition is that all artists deal with diaspora, displacement and the fragmented memories, which creates a very rich dialogue between the artwork," said ElKalaawy.

ElKalaawy is currently based in London and studying at the Slade School of Fine Art. Born in Egypt, and with her adopted home as England, she cites her “nomadic upbringing” as being a big influence on her work. ElKalaawy first moved to the UK in 2013, when she was studying for her BA.

"I became used to being constantly introduced to new environments and so now I jump around and experiment with new mediums and techniques, or else I start feeling restless," ElKalaawy said. "My cultural identity combines strong attachment to the country of my birth [Egypt] and my adopted home [England], which creates a hybrid identity that is reflected in my work,” she added.

Her works include December Child, a large 230 x 320 painting on a hanging bed-sheet that depicts an aerial close-up of her grandmother’s bedside table. On it, a succession of everyday objects - photographs, handwritten notes in Arabic, an Oyster card and a doily - is displayed.

The Arab world is filled with rich history, art and culture

ElKalaawy often works on multiple pieces at the same time. Additionally, she likes to experiment with new materials like textiles.

"Even though I work across a variety of mediums, I think they all interact and feed into one another,” ElKalaawy said.

Another artist being featured is Thana Faroq, a Yemeni documentary photographer whose work explores themes of "identity, boundaries, and conflicts”.

Faroq's The Passport project includes a series of black-and-white portraits - interpretations of people and how they are looked at whilst passing through border security crossings and customs.

The portraits are shot behind semi-opaque glass and the figures are kept anonymous, giving the pictures a sense of mystery.

"For the portraits, I aimed to portray my subjects in the same way they were being looked at behind customs screening. This was my point of departure, which resulted in photographing people behind a milky pane of glass. I wanted to make these portraits less communicative, blurred, and the facial expressions vague.

"I intended for my subjects to have an affectless gaze that resembled their gazes when they stood at borders, waiting impatiently to cross in, with faces that were emptied of expressions, hiding nothing but pain and anxiety," Faroq said.

“It is about me and everyone who not was born within the ‘lucky’ borders; asylum seekers and stateless individuals who cross oceans and land masses to obtain a passport that will guarantee them a higher value in life,” she added.

Though she is currently living in the Netherlands, Faroq says that being Yemeni is one of the initial reasons she picked up a camera.

"I aimed to visualise the invisible in my country and narrate the untold stories,” she said.

Faroq started taking photographs when she was 16. At the age of 17, she left Yemen for her studies in Canada and later went to the US in 2009. After receiving a BA in Government and International Relations in 2013, she returned to Yemen.

I’m proud we are using art and creative forms to battle the stereotypes, explain ourselves, and properly express what politics in our region failed to do

Her photographic documentation of everyday Yemeni life and women led to exhibitions and collaborations with bodies like Oxfam, the UN and the British Council. She has since received an MA in Documentary Photography and Photojournalism from the University of Westminster.

Faroq is a firm believer in showing honesty and truth in her images and believes her role as a photographer is “to shed light on what has been neglected”.

“I always look for an honest image,” she said.

The AWAN festival celebrates female Arab artists and the boundary-pushing, diverse and exciting work they produce across many platforms.

“I do feel like in the Arab region, a lot of women are to an extent at the forefront of the art world," curator Lizzy Vartanian Collier told MEE from a bustling Lebanese cafe in West London.

In addition to being an art curator, for the last five years Collier has been running an arts blog under the name GalleryGirl.

Until now, everything has been male dominated, especially in the art world

Collier recognises that there is a climate of change among young Arab artists today.

“It’s as though the arts scene is more balanced because you’ve got a lot of these institutions run by women, and the support of collectives which is completely different to how it is here.”

Born to a British father and a Lebanese mother, Collier wanted to put together an exhibition that addressed her own perceptions of a region she remains connected to through her mother.

“Until now, everything has been male dominated, especially in the art world. I feel now is a real moment for not just artists, but any profession, now is the best time. People are so aware of diversity and equality and women have been given such a powerful voice,” Collier said.

According to ElKalaawy, the exhibition is a necessary endeavour, as it provides opportunities for young female artists like herself.

“Female artists from the Arab world face many difficulties and limitations in creating and displaying their work, and this festival sheds a light on the best contemporary Arab women's art to enable them to share their stories,” ElKalaawy said.

Faroq stresses the importance of having a global and multicultural audience.

"I do think that it’s such an epic opportunity for me and for everyone participating. This is important for talented Arab women to deliver their voices and showcase their work to a global and diverse audience.”

Perceptions of the Middle East

For Faroq, the exhibition helps create bridges between the Arab world and the West.

"I like the openness and the curiosity I sense towards art in the region and actually I’m proud we are using art and creative forms to battle the stereotypes, explain ourselves, and properly express what politics in our region failed to do,” Faroq said.

“Artists throughout history have been using their work as a tool to voice their opinions about their social environment and issues that surround them,” she added. 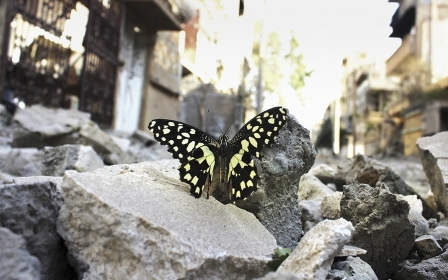 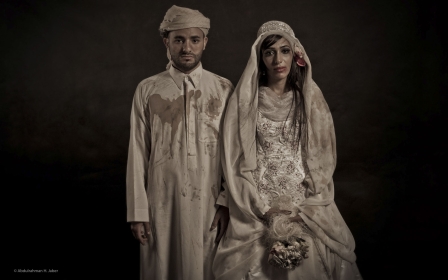 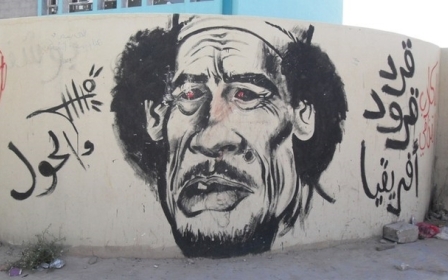