America's empty words will not guarantee a solution in Palestine 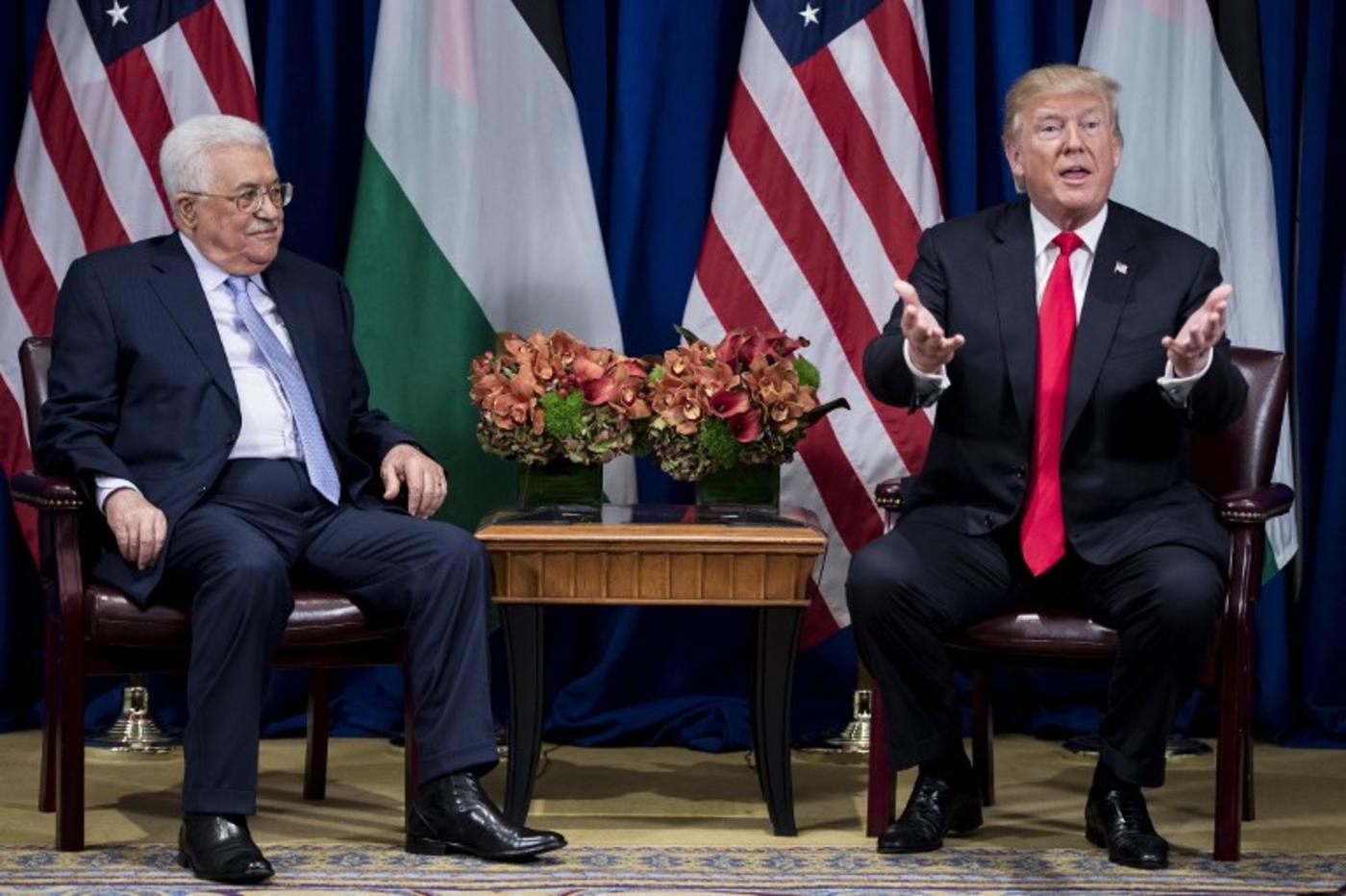 Recently there have been a series of pronouncements from the White House regarding events in Palestine and Gaza with a focus on Hamas in particular.

Unfortunately none of these comments have demonstrated a minimum level of insight let alone objectivity. For a superpower to be so lacking in basic knowledge is not just sad commentary but reflects its inability to play any role of consequence in the search for peace and justice in Palestine.

What Israel is to be recognised? What are its borders? Are we to embrace a state built upon illegally annexed Palestinian land occupied by a million so-called settlers?

In examining Palestine of 2018 there are certain facts that cannot be overlooked or ignored. In January 2006, Hamas was democratically elected in a landslide victory in what was described as a free, fair and transparent election by all local and international institutions and observers, including former President Jimmy Carter.

Even before Hamas had an opportunity to form a government in Gaza, the US endorsed a siege upon our people, the most densely populated community in the world. With then secretary of state Condoleezza Rice in the lead, conditions of embargo were quickly approved and imposed on behalf of the International Quartet.

Lest there be any uncertainty, the words of former secretary of state Hillary Clinton say much about the desire of the US to see our electoral process fail. According to Clinton the US made a mistake by allowing elections of uncertain results to occur. In the years since, everything undertaken by the US with regard to Gaza shows its bias and an attempt to interfere with our internal democratic process.

With convenient ease, the White House has overlooked years of violations of international law directed at the Gaza Strip which is very much an occupied territory with no control over its own borders, air or seaports.

While the United States is quick to join the Israeli chorus in blaming Hamas for the abject poverty in Gaza, including a lack of food, water, medicines and a largely destroyed infrastructure, it is Israel, through its embargo, not Hamas, that is ultimately responsible for the suffering of the civilian population.

For years, the international community has called the blockade unjust. Many correctly call it a war crime and have urged Israel, as the occupying power, to immediately lift or ease the siege and refrain from collectively punishing two million civilians in Gaza.

While the US demands that Palestinians “recognise” Israel as an essential step of moving forward, it is a conclusion without definition. What Israel is to be recognised? What are its borders? Are we to embrace a state built upon illegally annexed Palestinian land occupied by a million so-called settlers? What is its constitution?

Does the ruling Likud party recognise a Palestinian state and the right of the Palestinian people in their capital, Jerusalem, Al Quds, and the return of Palestinians to their lands from which they were expelled?

Just this past week Prime Minister Netanyahu announced with certainty at the AIPAC conference in Washington DC that "There will be no Palestinian state and the only way forward is a 'limited autonomy'.”

Is this the statement of an Israeli leader looking for a peaceful and just resolution to a seven-decade-old clash between two states or a long overdue admission that Israel seeks nothing more than Palestinians to live subject to the whim and control of occupiers throughout their homeland?

While the White House is quick to reduce legitimate resistance to terrorist violence, under Article 51 of the UN Charter and other international covenants people under occupation have a fundamental right to resist it by all means including armed struggle. Or does international law apply only when it favours US foreign policy but suddenly disappear when it interferes with its agenda?

The catastrophic humanitarian situation in Gaza is likely to trigger a huge explosion with dangerous unpredictable implications for the entire region. The situation on the ground is much worse than what the White House has described as merely “troubling”. One need only refer to objective UN reports, especially the OCHA’s, to get an accurate picture of the dire conditions caused by the Israeli blockade.

With international cover, the siege has turned Gaza into a large open-air prison to more than two million people. Sometimes, Israel treats Gaza as little more than a zoo where food and water are periodically permitted to “nourish” the caged.

During the siege, Hamas has spared no effort at all levels to address the problems that have overwhelmed our people and left our families subject to externally imposed cruelty and hardships. Hamas is after all not a foreign occupation force but a national liberation movement from the very streets and communities we protect.

Hamas has left no opportunity unexplored to resolve the crisis. It has sought reconciliation and an end to the Palestinian political division. Unfortunately, foreign entanglements and interference, in particular from Israel and the United States, have repeatedly inhibited this effort. Despite this and with the thanks of the Egyptian leadership, Hamas has helped to protect our common borders and to combat the threat of extremism and terrorism.

The revised political charter issued by Hamas in May 2017 is a proof of its desire to avoid war and destruction in order to achieve regional stability. Unfortunately, all such initiatives have been met with little more than suspicion and negativity.

Hamas is a national liberation movement that seeks to achieve its people's aspirations of freedom, independence and welfare in cooperation with all the good people in the world. It remains ready to participate in any constructive discussion or activity that can serve our people and alleviate their suffering.

While the US has announced that Hamas rejected its most recent “peace plan” out-of-hand, given the US president’s daily attacks upon the fundamental rights and established principles of our national struggle why should it come as a surprise?

Trump knew well that his decision to recognise Jerusalem Al Quds as the capital of Israel against all international resolutions and sentiment doomed the prospect for a permanent peace. His decision to cut UNRWA’s funding, which is responsible for the relief and employment of nearly five million Palestinian refugees, was meant to further punish us for our refusal to surrender our legitimate aspirations to the occupation.

It turned a refugee issue into a further humanitarian crisis with dramatic implications for all regional powers.

In conclusion, disagreement with Hamas and its vision is not a justification to collectively punish the Palestinians in Gaza and deprive them of their basic rights. It does nothing but create collective frustration and loss of hope for a better future. Gaza is an ancient city and its people are life loving who aspire to contribute to the good of humanity through its youth and vitality.

Photo: Palestinian Authority President Mahmoud Abbas listens while US President Donald Trump makes a statement for the press before a meeting at the Palace Hotel during the 72nd United Nations General Assembly on 20 September 2017, in New York (AFP)