'I blocked the memory for years': Sudanese women fight to ban FGM 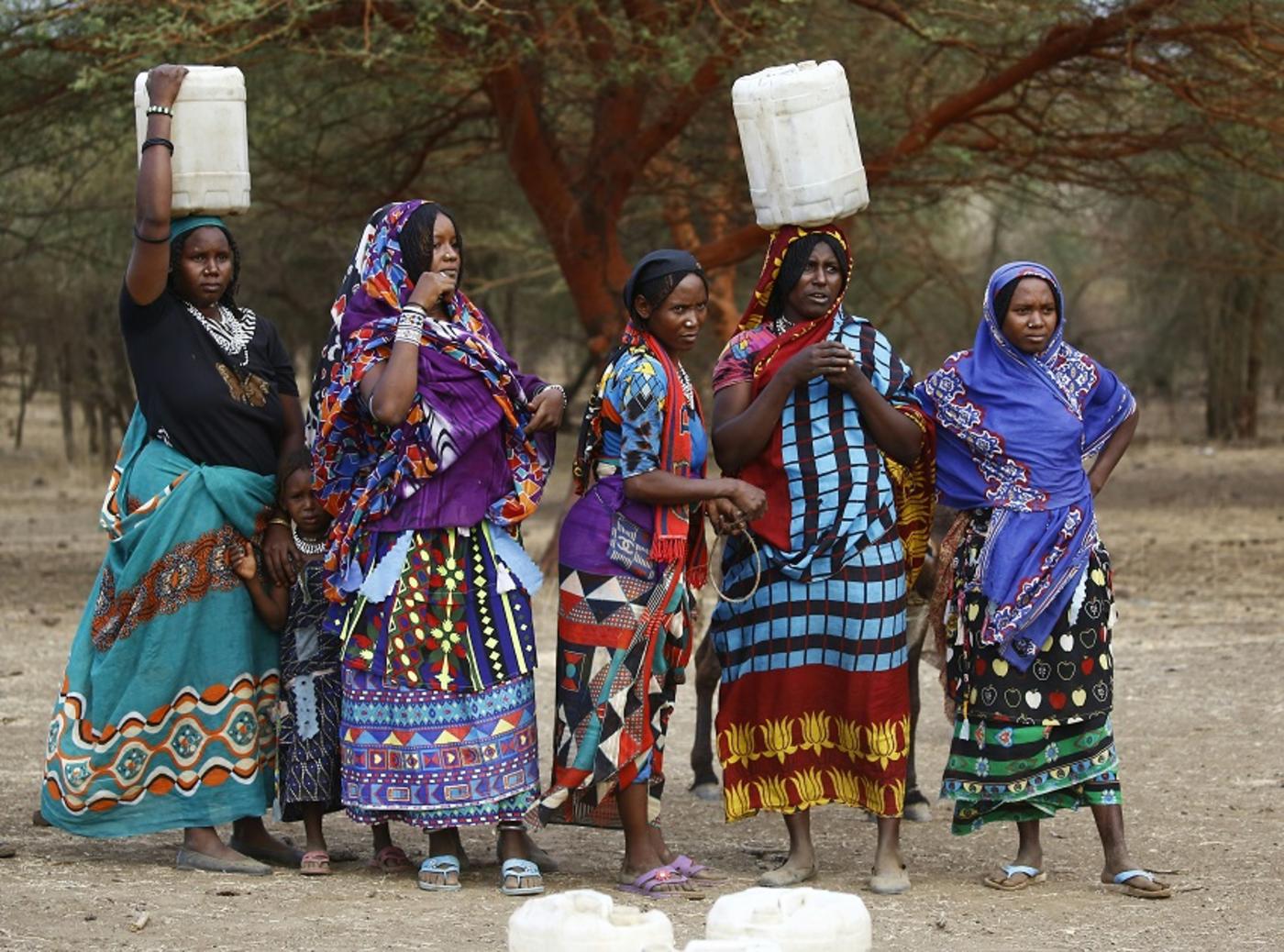 Sudanese women stand at the Um Bager market near the Dinder national reserve, a protected region 480 kilometres from the capital Khartoum, in Sudan's southern Sennar state, on 15 April 2017 (AFP)

KHARTOUM - S.A. remembers her grandmother buying her a new dress and painting her little hands with henna when she was only seven years old.

“I was happy, but didn’t understand why my parents were not there,” she recalled.

Two days later, S.A. was taken by her grandmother to a house in Omdurman, the twin city of the capital Khartoum, made to lie down as her skirt was lifted and she was given an anaesthetic shot by a man.

Today it is 20 years later and the memory is still vivid in her head. S.A. remembers her turn came after a little boy similar in age to her. The feeling of joy that had come with the henna and the new dress was drowned out by fear following the little boy's bloody circumcision. Before she had time to process what was happening, he was carried out and it was her turn.

“A minute later, whatever the man was doing, it was over and my grandmother tied my legs together with a white ribbon in an attempt to stop the bleeding and protect the fresh wound, and took me to the car," said S.A., who now works as a human rights activist on women and minority rights.

"I just wanted to sleep and felt very tired, but she took me to the Nile and washed me with water before returning to her house,” she added.

S.A. stayed at her grandmother’s house for a few days to recover. While there, her bandages were changed when needed and she got help when she had to use the bathroom because it was very difficult and painful. Her mother was also with her at that point, but she remembers her being distant and unhappy.

Sudan has one of the highest rates of Female Genital Mutilation (FGM) in the world. According to the World Health Organisation (WHO), most girls are subjected to this practice between the ages of five to nine with an estimated 87 percent prevalence among women aged 15-49. Most of these women have undergone the most extreme form of FGM – infibulation - where all or part of the external genitalia are cut off and the vaginal opening is then narrowed by sewing, leaving only a tiny passage for urine and menstrual fluid.

According to UNICEF, poor women from rural areas are circumcised at the same frequency as their rich and urban counterparts. The UNICEF report added that Sudan has also one of the highest rates of medicalisation of the practice, as nurses, midwives and other health workers take part in the process in 77 percent of the girls.

In Sudan, a Muslim-majority country, some claim circumcision is a religious practice that was recommended by the Prophet Muhammad. Others see it as a way of guarding girls’ honour by restricting their sexual desires, while many believe that circumcision is a girl’s rite of passage into adulthood and it will prepare her for marriage.

Now I remember the razor and the scissors, and the midwife who came to do this as she was our neighbour; and the money and candy they put under my pillow before I was cut

In 1998, scholars from more than 35 countries came together at Al-Azhar University in Cairo and concluded that FGM is non-obligatory in Islam. According to the scholars, it is never mentioned in the Quran and there are no authenticated citations in Prophet Muhammad's hadith containing any evidence that could justify it.

They added that the Prophet’s biography contains no reference or evidence that he allowed for the circumcision of his daughters, wives, or any of his female relatives.

There are four identified types of FGM. The least severe type is known as the sunna circumcision, which involves the removal of the prepuce or the tip of the clitoris.

Sudan’s FGM history is very much rooted in the infibulation practice, the most severe type of FGM, and it has impacted a large number of women. But according to Maya Nour from the Ana Lan initiative, (I will not), a youth-led initiative to stop FGM, the sunna type of circumcision has become more prominent in Sudan in recent decades.

‘I remember the razor’

Sumia Hassan, who preferred to use a pseudonym, only recently recalled that she had been subjected to infibulation 15 years ago.

At the tender age of five, she was circumcised at her grandmother’s house in El-Obeid, over 600 kilometres from Sudan’s capital.

“I blocked this memory for years. I only remembered what happened when I went to see a counsellor to deal with family issues. I was shocked to know that I was cut. It just didn’t strike me that I was different,” said the 20-year-old student.

I blocked this memory for years… I was shocked to know that I was cut. It just didn’t strike me that I was different

“Now I remember the razor and the scissors, and the midwife who came to do this as she was our neighbour; and the money and candy they put under my pillow before I was cut,” said Hassan, who is now fighting to stop the circumcision of her cousins who are all below the age of 10.

She has spoken to her aunts about this issue and even threatened to take legal action against them, but she knows that it would be futile as the practice has only been criminalised in some Sudanese states. Still, these laws have done little to curb the practice.

"You can’t even call them laws because they don’t have penalties,” said Samia al-Naggar, a researcher and professor at Ahfad University for Women in Omdurman. For al-Naggar, the way forward is a national law.

A senior source from the Babiker Badri Scientific Association for Women’s Studies has been following this proposed law. The association was formed in 1979 to improve the status of women in Sudanese society and it has been working on FGM for the last four decades.

People don’t celebrate the practice anymore. There is no big ceremony and this is a good indicator that the society is receptive. However, only a binding law will truly help end it

“The law was pushed by the National Council for Child Welfare and the women’s parliamentary caucus, but I believe that the delay happened due to a lobby inside the parliament, as they have the same mentality as the ones who dropped the 2010 law that was set to criminalise the practice,” she said in a phone interview.

The source also said that there seems to be a lack of political will from the authorities to push through with criminalisation.

“The council of ministers can put more pressure [on the parliament] and stand its ground, but two years later they seem unwilling to do so,” she concluded.

On her part, al-Naggar believes that the law was proposed at that time because the government was trying to appease the US, who would in turn remove sanctions imposed on Sudan, eventually lifted in 2017 after 20 years.

She explains that the Sudanese government had committed to improving three main issues at its last Universal Periodic Review (UPR) in 2016. These include child marriage, FGM and signing The Convention on the Elimination of All Forms of Discrimination Against Women (CEDAW). Sudan is one of five UN member states that have not ratified CEDAW.

Two months ago, I finally used a mirror to look at my private parts to see what happened to me, what I was missing

Al-Naggar, who is currently working on a book on FGM in Sudan, laments that the FGM law is currently not a priority for parliament, with the deteriorating economic conditions always at the top of its agenda.

On his part, Haid Hamid Sharif, a parliamentarian in the National Assembly, said he is supportive of the law.

“I think if this law is discussed in parliament right now, it would pass with a majority, as we all know the impact of FGM first-hand on the health of women and girls. I would support the law as it is affecting girls in my community in Darfur,” Sharif said.

In an office in the Amarat neighbourhood of the capital Khartoum, the Ana Lan initiative (I will not) encourages people to post their pictures with a message about their rejection of FGM via a public campaign. So far, dozens of youth have taken part in the visual campaign, including prominent entrepreneurs and youth leaders.

Nour, a counsellor and activist from Ana Lan, works with FGM survivors and organising group counselling sessions in her home in her spare time.

“We want to do organised counselling for FGM survivors and help them find a safe space to speak out,” said Nour.

I always sit with my legs tightly tied together, as it feels like the only way to protect my body, and regardless of what I wear, I always feel that I am not good enough, like something is missing

It can take years for survivors to speak out about what happened to them. It took S.A. 20 years to do so.

When she saw for herself what had happened, she began to be more comfortable in her own skin and became more outspoken about it. Yet S.A. is also aware that acceptance is a long process and she acknowledges the effect of her experience on her relationship with her body and any sexual relationship she might have in the future. According to S.A., the way she sits and dresses is still affected.

“I always sit with my legs tightly tied together, as it feels like the only way to protect my body, and regardless of what I wear, I always feel that I am not good enough, like something is missing,” said S.A.

However, S.A. has found the strength to use her experience to help others by advocating against FGM and volunteering with Ana Lan.

“Recently, I visited my neighbour to convince her not to circumcise her daughters, and also visited my cousin to do the same,” said S.A.

Years of activism have made speaking out about the practice easier and it has also made families more discreet about taking part in it.

“People don’t celebrate the practice anymore. There is no big ceremony and this is a good indicator that the society is receptive. However, only a binding law will truly help in ending it,” said the source from the association.

S.A. and Hassan say a law would give their work more legitimacy at the grassroots level and also protect their campaigns from religious fundamentalists who see the fight against FGM as a western one.

“I’ve been threatening my cousins to file a complaint against them at the police station if they go through with circumcising their daughters. I need to be able to do this,” said Hassan. 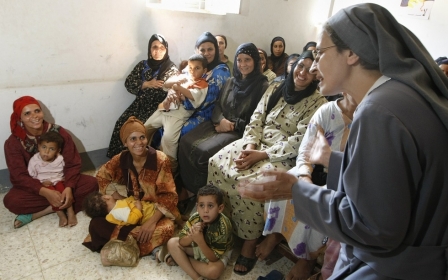 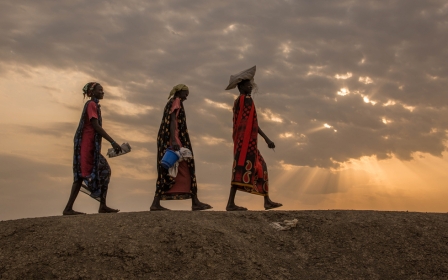 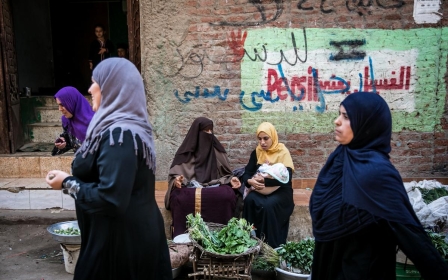