Depressive behaviour in the face of daily trauma - like living under occupation - is normal. But Palestinians are not always at ease with it 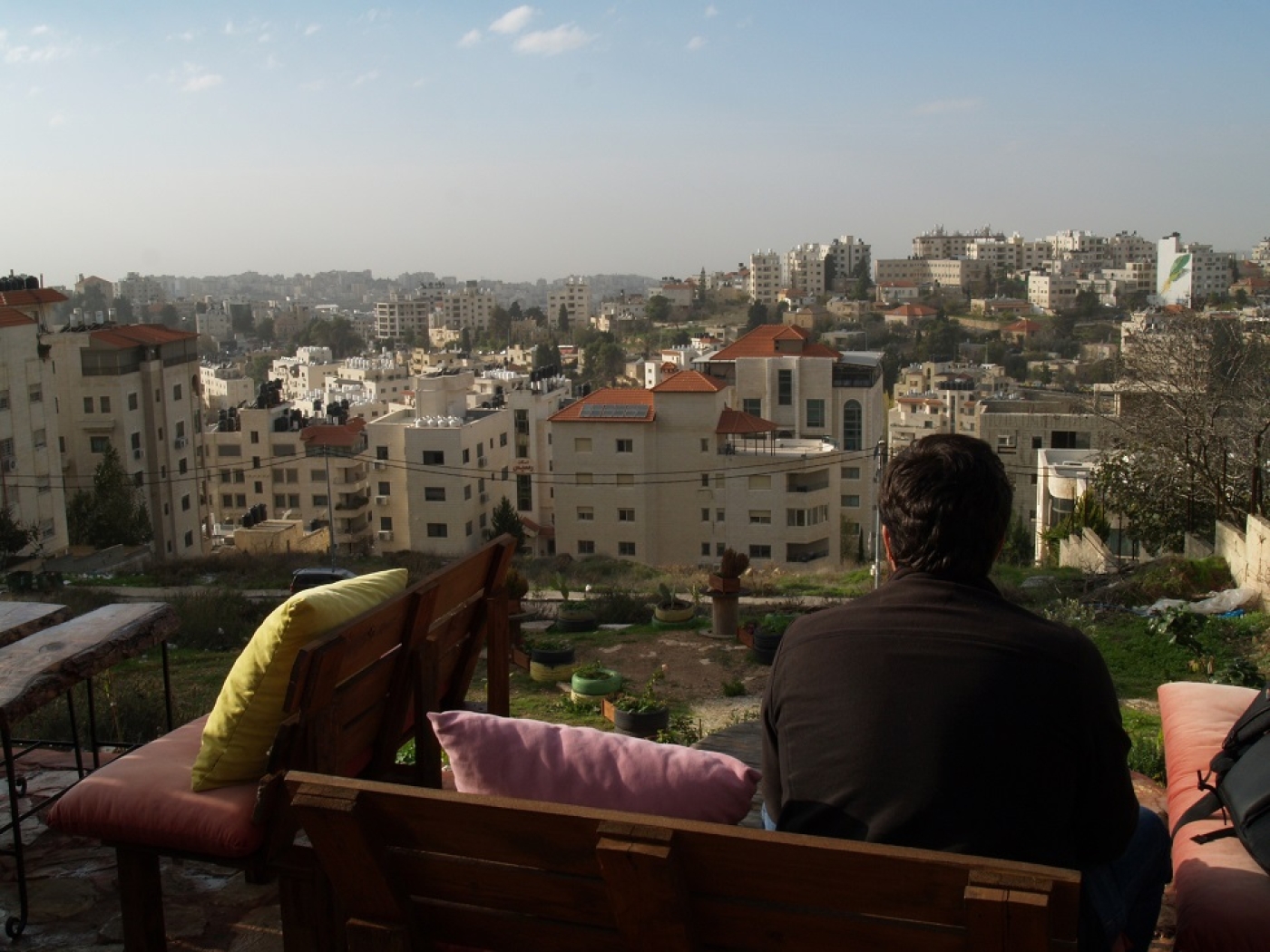 Faris, who has undertaken treatment for depression, looking over the Ramallah landscape on a sunny afternoon (MEE/Megan Giovanetti)
Par
Megan Giovannetti

RAMALLAH - On Monday, 26 November, Ramzi Abu Yabis, 32, was driving to work in Hebron through Area C of the West Bank, which is under Israeli military control.

In an incident described by Israeli authorities as an attack, but which his family says was an accident, his car struck and injured three Israeli soldiers. Abu Yabis was shot dead.

Reports said that the nurse and father of two was denied medical treatment after he was shot. The authorities have yet to release his body to his family for burial.

Abu Yabis was head of the nursing department at the Arab Rehabilitation Society in Bethlehem, a friend and colleague of Dr Ibrahim Khmayes, director of the Bethlehem Psychiatric Hospital.

It is the day after Abu Yabis’s death, and Dr Khmayes looks stressed. People are coming in and out of his office asking questions, waiting to see him. He is clearly busy, but also a bit distracted. Dr Khmayes admits that the killing of his colleague is affecting his psyche today.

General conditions, like the killing of friends and family, affect everyone

We are talking about mental health in Palestine - specifically regarding depression, anxiety, and post-traumatic stress disorder (PTSD) - and it seems as though Dr Khmayes himself can relate to these conditions.

“General conditions, like the killing of friends and family,” Dr Khmayes said reassuringly, “affect everyone.”

The Bethlehem psychiatric hospital is the only one of its kind in the entire West Bank and it serves about 20-30 patients at a time. The work of the hospital is dedicated to severe cases such as schizophrenia and bipolar disorder, and leaves less severe cases, like severe anxiety, mild to moderate depression, and PTSD, in the hands of private practices.

There are only 22 psychiatrists throughout the West Bank serving a population of roughly 2.5 million. Yet Palestine is reported to have one of the highest rates of depressive behaviour in the Middle East and North Africa (MENA), a region also reported to have the highest depression rates in the world.

War and geopolitical conflict in many countries in the MENA region are noted as the highest contributing factors to these extreme rates in depressive behaviour.

But the conflict in Palestine is something very distinct from those taking place in other countries in the region. “It’s not a big flare-up of events,” said Dr Samah Jabr, head of the mental health unit in the Ministry of Health. “There is something insidious that harms people all the time without paying much attention to it. So their mental resistance to it can be impaired sometimes.”

In an unpublished article written by Dr Jabr for the mental health unit of the Ministry of Health, she sites a 2014 YMCA survey that found 148 organizations that "offer mental health and psychosocial support" in the West Bank. These services are spread over 109 NGOs, ministries, UNRWA and and Red Crescent Society, private practices, and international organisations.

The first community mental health clinic was established 14 years ago with the help of EU support through the Ministry of Health - there is now one clinic in each city and three in Hebron.

To Dr Jabr and Dr Khmayes, high rates of depressive or anxious behaviour among Palestinians is a completely normal reaction to the daily traumas of living under occupation. With that said, why are mental healthcare services lacking in the West Bank? And if it is so “normal,” then why is no one talking about it?

“In the absence of professionals, you have to fix yourself,” Faris*, 30, exclaimed. “But you have to understand that you have a problem first.”

Leaning back on a desk chair in his home in the Bethlehem village of Beit Sahour, hands clasped behind his head, Faris reflects on his decades-long journey dealing with depression.

If I stayed in the box I was suppose to stay in, I would have never understood these kinds of things

Faris has battled panic attacks and major depressive episodes since he was 14 years old. In retrospect, he can find many triggers: the death of his grandfather, the destruction of the Second Intifada, the restriction of travel with a Palestinian passport, and even his genetics. But it took many years, hundreds of books, and various online forums before he was able to acquire this deductive reasoning.

“I was actually a Christian,” Faris admitted. Though from Beit Sahour (a Christian village) he is now a staunch atheist. When his panic attacks first started, he remembers associating them with the thought, “maybe the devil got into my mind,” and, “now God will never forgive me, having the Devil inside me.”

For Faris, removing himself from the conservative, religious mentality of his community, along with self-education, was key to understanding his mental wellbeing. “If I stayed in the box I was supposed to stay in, I would have never [have] understood these kinds of things,” he claimed.

Stigma on all fronts

Ahmad Faisal Abu Yabes, a nurse at the Bethlehem Psychiatric Hospital, explained how when admitting a new patient, the primary family member of the patient works hard to ensure that his or her illness is kept a secret. “He’s just afraid of the neighbours,” Yabes concludes. “Afraid of the stigma, the judgement of his society - his community.”

This sentiment was echoed by Faris, whose father spent time in and out of the Bethlehem Psychiatric Hospital. Based on his experience, Faris is under the impression that the hospital does not help patients as much as it acts as a place where families can “hide” their loved ones.

If you have a [psychological] problem, then it’s a defect in the family

Faris believes that this stigma is “deeply rooted” in the larger Arab world being a collective, family-orientated society. Each individual is seen as part of a family. Every person is seen within the collective of the society. “So if you have a problem,” Faris explained, “then it’s a defect in the family.”

As an example, Faris detailed how a cousin of his was in love with a girl in Beit Sahour. The girl’s family forced them to break up because they knew that Faris’ father struggled with his mental health.

“Now there’s no doubt that there is some sort of stigma attached to severe mental illness,” Professor Rita Giacaman, director of the Birzeit Institute for Community and Public Health, told Middle East Eye. Matter-of-factly, Giacaman said it is a pretty practical concern as “people are afraid of these genetically linked conditions.

“But that is among the minority of the population,” Giacaman continued. “The bulk of the population doesn’t need to be stigmatised,” because they don’t have a severe mental illness. Cases of depression and anxiety in Palestine, for the most part, are not and should not be treated as mental illnesses, she says.

“If we treat people who have psycho-social suffering as sick, we are killing their agency,” Dr Jabr concludes, point-blank.

To Giacaman, because society lumps mental illness together with psycho-social suffering, the result is stigma on all fronts. And as a result of this stigma, Palestinians who are suffering the trauma of war usually avoid treatment and therapy.

In many developing societies, people do not identify depression the way in which the Western world does

- Professor Rita Giacaman, director of the Birzeit Institute for Community and Public Health

“And usually treatment and therapy doesn’t have to be at all in the terms of medication,” Giacaman said.

A common practice by psychiatrists in Palestine, who are inexperienced in psychotherapy, is to prescribe a medication and merely refer a patient to a therapist - which are few and far between in the West Bank.

Faris’ father used to go to a psychiatrist, “but he was just a drug dealer,” he said coldly. Faris significantly attributes his father’s drug addiction - and resulting death - to the problem of the current practice of psychiatrists in Palestine.

Giacaman believes this practice of overly using medication has a lot to do with the effects of international aid and the influence of Western pharmaceutical companies. She vehemently argues, “that in many developing societies, people do not identify depression the way in which the Western world does.”

The Palestinian mental healthcare system needs to develop services that are specific to Palestinians, rather than digesting Western concepts whole, says Giacaman. She believes it needs to develop “methods that can help people give meaning to traumatic experiences”.

Giacaman believes that Palestinians suffering from the psycho-social conditions of war do not need to see a psychiatrist or mental health professional - because they’re not mentally ill. “People don’t want one-on-one treatment [because it] is stigmatising.”

Group discussion, sharing experiences with people who have gone through similar situations, is the best method to alleviate people’s suffering, according to Giacaman. And in her experience, Palestinians prefer to open up and talk with friends and families rather than professionals.

Professor Giacaman speaks highly of the Palestine Counseling Center - which has five locations throughout the West Bank - that she says does some great work with targeted groups, such as children of political prisoners.

Dr Jabr also says that in the coming weeks the Ministry of Health, in coordination with the World Health Organisation, is planning to team up with local schools to gauge the level of understanding of basic psychological matters. Student representatives and school counsellors will be meeting with mental health professionals to gain basic training in mental health intervention (such as noticing behaviour, triggers and how to act upon them).

The challenge is, however, that due to stigma and fear of judgement, many Palestinians bottle up their suffering.

Faris believes that a large part of depression “is this feeling of disconnection and loneliness and not being understood”. So if only an individual had someone to open up to, a great amount of suffering would be lifted.

In Faris’ case, he was lucky. Because his nuclear family is educated and has experience with mental health issues, they are pretty open to discussing mental wellbeing. His household has actually become a sort of refuge for extended family and friends to relieve their mental troubles.

“I think part of how to fix the problem here in Palestine,” says Faris, “is for people who know about these kinds of things to freely discuss them so it encourages other people to open up.” 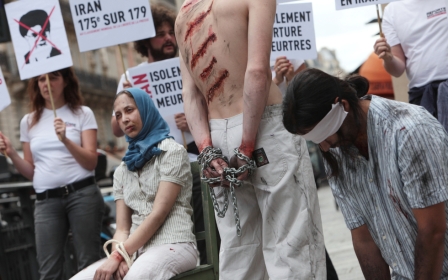 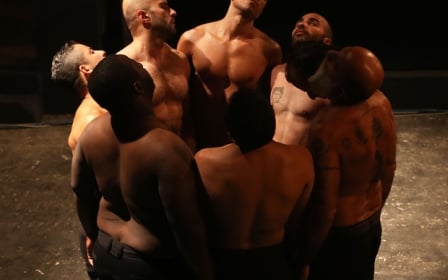 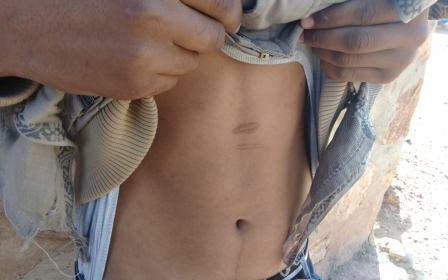