People inspect the site of an Israeli strike in al-Hamidiyah, a town on Syria's west coast near the city of Tartus (AFP/ Al-Ekhbariya Al-Souria)
By
MEE and agencies

The strike took place at 6:30am (3:30am GMT) near al-Hamidiyah, south of Tartus, according to the ministry's statement. It said the locations hit were poultry farms, without providing further details.

The raid was carried out from the Mediterranean Sea, west of the Lebanese city of Tripoli, and wounded "two civilians including a woman," the ministry said.

The Israeli army told AFP on Saturday it does not "comment on reports in the foreign media".

The Syrian Observatory for Human Rights said the targeted facility had previously been used to keep farm animals, but was now used by Lebanon's Hezbollah - an ally of Syrian President Bashar al-Assad.

Iran, another ally of Assad, condemned the Israeli air strike.

"With its attacks, the Zionist entity is trying to portray Damascus as an unsafe city to obstruct the return of displaced Syrians," Iranian Foreign Minister Hossein Amir-Abdollahian said during a visit to the Syrian capital.

The port city of Tartus is home to Russia's sole naval base outside of its territories. It provides Moscow with a critical beachhead in the Mediterranean and a strategic outpost on Nato's southern flank.

A member of the ground staff working with Syrian Airways told Middle East Eye at the time "there is a possibility that this might happen again".

"I and my team survived the strike, but the country is now restricted from an aviation perspective. There are no guarantees this won't happen again."

Since the civil war in Syria began in 2011, Israel has carried out air strikes against the country, targeting government troops, Iran-backed forces and Hezbollah fighters.

While Israel rarely comments on individual air strikes, it has acknowledged carrying out hundreds of them, which it says are necessary to prevent Iran from gaining a foothold in Syria. 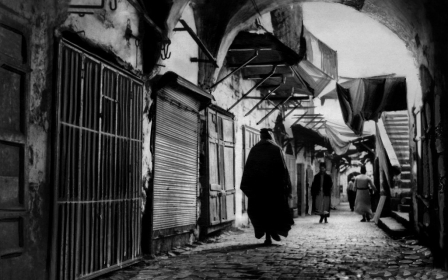